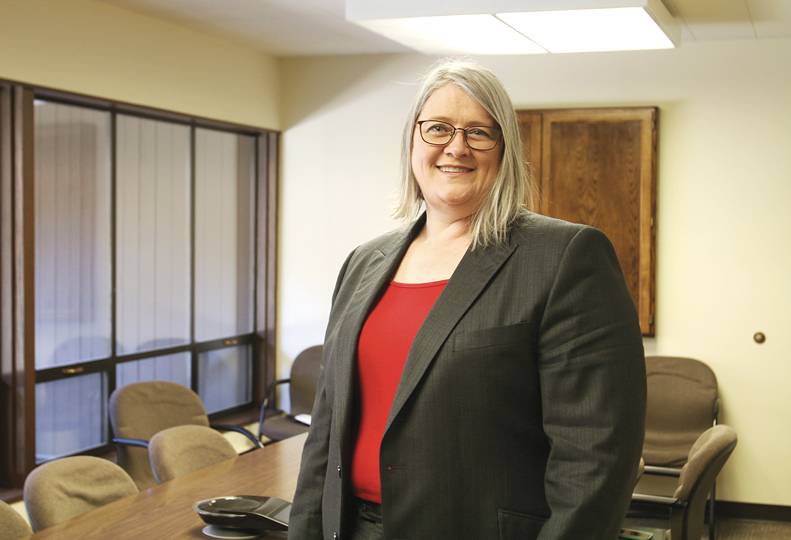 That trend is common following recessions, says Sarah Truglio, certified business adviser with the Washington Small Business Development Center, which has its headquarters based in Spokane.

“With prior historical data from the recession, we did see that when people tend to lose jobs, there’s an increase in people starting businesses,” she says. “People need financing, so they figure out a way to be able to do that on their own.”

A study by the National Association of Women Business Owners, in partnership with Gusto, a provider of a human resources platform, found minority women are driving new business starts, with nearly half, 47%, of all women-owned businesses started in the past year. The study also found that minority women were more than twice as likely - 35% versus 17% of all other women - to start a business out of financial need.

Additionally, 51% of women who started their businesses last year either are the sole provider or the main source of income in their households.

The study also found that 58% of women created a new business out of a desire for more control over their work schedule, while 24% wanted a business they could pass on to family after retirement. Unemployment only accounted for 19% of women who started a new business, and 9% didn’t have any other job opportunities.

Of women who started a new business, 37% were looking to improve financial opportunities.

Nicolle Hansen, manager with Spokane Neighborhood Action Partners’ Women’s Business Center, says she sees three main triggers behind new business launches. The first is change in employment status, she says. Passion for a business or service is the second driver, she contends.

“I’ve had people in their early 20s to 70s who want to do something different,” she says. “When passion meets purpose and people, that’s when there’s a synergy that really starts that ball rolling.”

The third main driver is what she calls “relieving a pain point,” meaning that a person sees a service that is needed, and they create a business to fill that niche.

While the Women’s Business Center welcomes all people, women accounted for roughly six of 10 business center attendees from September through December 2020, the last period in which data was reported, says Hansen.

She estimates that percentage of women has remained consistent or higher over the past few months.

“Last year, we had 41 business starts, and 25 of them were women,” she adds, noting that has been a consistent ratio of business starts through the center.

The number of businesses started last year dropped significantly from the year prior, she adds, down from an average of 60 to 70 new businesses a year. However, she says, the organization has seen a significant spike in interest in starting new businesses since June.

“I thought that with COVID, we would see a reduced interest in starting businesses, but it’s actually the reverse. Toward the second half of the year, we saw a significant increase,” she says.

On average, the organization sees over 600 people a year for training or one-on-one consultations.

“This year, we’re on target to exceed that by quite a bit,” she adds.

Hansen estimates there’s been a 25% increase in funding interest for starting or expanding a small business.

Truglio says the state Small Business Development Center has also seen a “surge in people wanting to start businesses,” the majority of whom are women.

The Small Business Development Center is a network of over 30 business advisors that work in communities to help small business owners. The center is governed by a cooperative agreement between Washington State University, which hosts the program, and the U.S. Small Business Administration.

Truglio says the reasons given for starting a new business mirror those heard at SNAP – unemployment, desire to self-lead, and niche service demands.

Those most common new businesses started recently range from consulting to food service, according to the two organizations. In addition, e-commerce has been popular, though Hansen notes that most of the e-commerce businesses aided by SNAP programs are considered expansions of existing businesses.

Truglio adds, “It seems as though women are able to pivot a little more quickly to e-commerce. They haven’t (secured) child care, so they’ve developed these work-from-home side hustles to be home with the children.”

Truglio says about 70% of her clients are women.

The most recent round of the federal loan program prioritized those groups, she says.

SNAP saw the same thing with its clients, says Hansen, who adds that most of the small business owners the organization works with were hampered by paper financial records that took time to digitize and pull together for the loan applications, whereas larger organizations typically had that information readily available.

“The other thing that prevented access to financing is that they needed a relationship with a financial institution, and financial institutions were so bombarded that they were serving their current clients first and they weren’t able to take new clients,” contends Hansen. “There’s only a few institutions left that have funds designated for disadvantaged borrowers … and they’re running out of money too. Pretty soon one of their best fallbacks will be a microlender like SNAP Financial Access.”

Until the late 1980s, women weren’t allowed to sign for their own business loans without a male family member to cosign, says Hansen.

The organization virtualized its programs to accommodate COVID-19 restrictions, she says.

In addition, the organization has placed more of a focus on resiliency, she notes.

“We ask, what would you do if this happened again?” she says. “What are you going to build into your plan so that you can weather the storm?”