Alcohol use rises among women during pandemic

Health therapists urge ‘take care of yourself’ in current environment 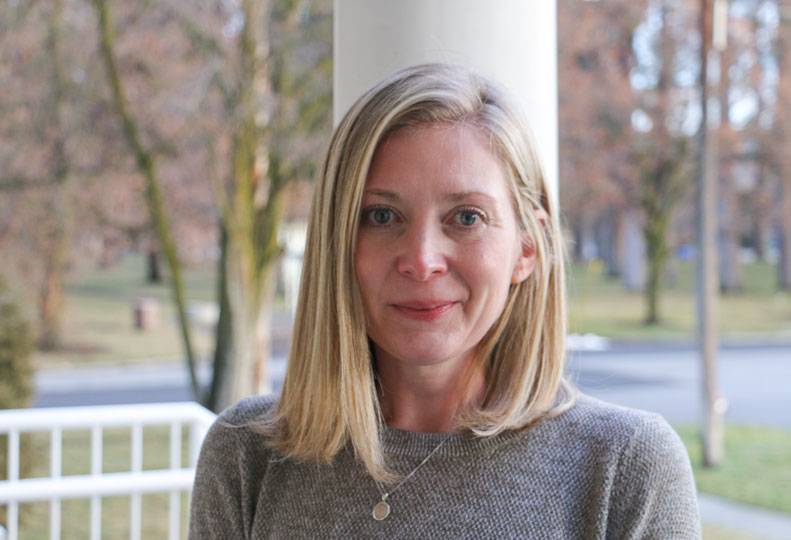 -—Kevin Blocker
Tennille O'Blenness, clinical supervisor at the Isabella House, has never seen as many residents who say their primary drug of choice is alcohol.

A recent report revealing a sharp increase in women’s consumption of alcohol during the COVID-19 pandemic comes as no surprise to Colonial Clinic co-owner Huston Stolz.

Colonial Clinic is an outpatient alcohol and drug treatment center that operates in a 3,200-square-foot first-floor suite at 910 N. Washington, just north of downtown Spokane. Stolz also serves as the clinic’s treatment director.

While the spread of the global pandemic throughout the U.S. presented pressure and strain on nearly all of society in some capacity, Stolz says it’s his observation that women have been impacted harder than men.

Historically, women have experienced external and internal pressures to complete and perform more tasks than men, he says.

“Women feel responsible for their children, for their marriages. ... for their households in ways that men often don’t,” Stolz says.

He and the clinic’s team of counselors hear more women express anecdotally the stress and pressure of working from home in the midst of the pandemic, while their children are going to school at home.

According to a study published in the fall by JAMA Network Open, an online product of the Journal of the American Medical Association, researchers discovered that women drank roughly 5.4 days a month since the pandemic, compared with their 2019 average of 4.6 days a month.

The report also says women respondents drank heavily ticked upward as well. Heavy drinking was defined in the report as five or more drinks for men and four or more drinks for women within a couple of hours. Survey organizers acknowledged the limitation of their study based on self-reporting, which they say could’ve distorted results.

Men still continue to consume more alcohol than women, with 23 drinks per month compared with 15 for women, researchers say.

At the Isabella House, a six-month inpatient program that exclusively serves women, clinical supervisor Tennille O’Blenness, says in the last year she’s never seen as many residents as now whose primary drug of choice is alcohol.

“What we’ve seen is that alcohol use has skyrocketed,” says O’Blenness who has worked at the inpatient facility since 2012. Isabella House is located at 2308 W. Third in the Browne’s Addition neighborhood.

“Right now, out of 26 total residents, six checked themselves in as exclusively using alcohol,” she says. “That’s the highest percentage I’ve ever seen since I started working here.”

O’Blenness says even though none of the clients on her existing caseload have directly connected their alcohol use to the stresses created by COVID-19, she says the recent spike, “speaks for itself.”

“Women tend to be more social creatures than men,” says Wentz, who owns and operates Ampersand Counseling, her own private practice. “I think the absence of socialization is felt a little bit more among women than men,” she says.

Like Stolz, Wentz points to the fact that women are now doing “double duty” working from home while maintaining it.

“And in the midst of that we’ve lost access to our coping skills,” she says.

Salons, fitness clubs, places to congregate and have fellowship, are largely unavailable now due to the pandemic.

“You have to take care of yourself,” she says.

Stolz says the pandemic – and the societal response to it to stem the spread – has created a ripe and unfortunate environment in which a significant number of women have increased their alcohol consumption.

“People who use drugs and alcohol to cope are attempting to have some form of control on their lives,” Stolz says. “But there is no such thing as controlling our environment right now. The unknown is stressful for all people.”

Since the clinic was founded in 1985, Stolz and his wife Becky Stolz now are its third set of owners. Huston Stolz worked under both prior owners, and the couple acquired the clinic in 2013, he says.

Huston Stolz, 65, a recovering alcoholic who has been sober for two decades now, says Colonial Clinic and its seven treatment counselors still host in-office treatment sessions albeit socially distant with a reduced number of participants in a room per visit.

“Some treatment centers and 12-step meetings have moved exclusively online,” he says. “We have found that that increases isolation.”

He calls that “significantly damaging” to the treatment of alcoholism.

“The therapy for alcoholism is human interaction with other people who have had the same condition,” Stolz says. “The Colonial Clinic has found that telehealth therapy doesn’t work as well as in-person counseling and group therapy.”