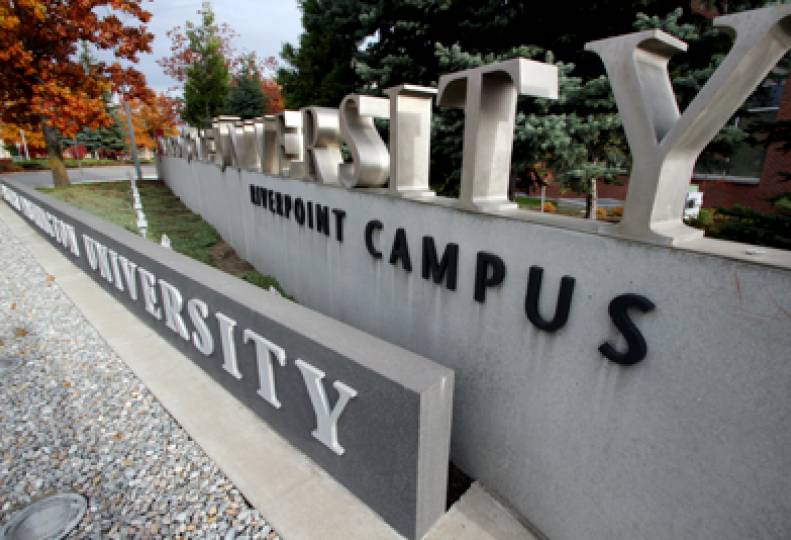 -%u2014Staff photo by Kim Crompton
Greater Spokane Incorporated and a committee on graduate medical education are seeking outside expertise as efforts to plan for a new medical school here continue.

GSI contracted with Tripp Umbach, which earlier this year completed an economic impact study on the proposed school, for the business plan. The earlier study concluded that by 2030 the school would have a total economic impact of $1.6 billion in the Inland Northwest and would support more than 9,200 jobs. The business plan would answer the question, "How do you get to the outcomes?'' in the earlier study, says Rich Hadley, president and CEO of GSI.

Meanwhile, the study on graduate medical education, to be conducted by Huron Consulting Group, will delve into challenges that are complex and difficult, says Dr. John McCarthy, assistant dean for regional affairs of WWAMI Clinical Medical Education-Eastern and Central Washington, with the University of Washington School of Medicine.

WWAMI stands for Washington, Wyoming, Alaska, Montana, and Idaho, the five states that send students to their first year of medical school at five sites around the region. In their second year, the students attend the UW medical school in Seattle, then receive clinical education in their third and fourth years at locations across the five states.

Eastern Washington has just 100 medical residency positions now, including 81 in Spokane, while Washington's West Side has 1,550, says McCarthy, chairman of the committee that commissioned the report.

"There's lots of room for growth" in graduate medical education positions in Eastern Washington, "but there's not a lot of money for growth," he says.

The estimates for what it would cost to start a single residency position vary widely, but it's costly, McCarthy says. He says graduate medical education is funded by Medicare, and many of the expenses for it turn up in the budgets of hospitals, where residents often spend lots of time.

If the WWAMI program in Spokane were converted into a four-year branch of the UW medical school, as a task force has said is feasible, enrollment of first-year medical students here would go up, likely to at least 80 students from 20. Hundreds of graduate medical education positions would have to be created for third- and fourth-year students, perhaps giving Eastern Washington a total of 400 to 500 such positions ideally, McCarthy says.

"In order to pull this off, you're going to have to have political will and medical society will," McCarthy says.

When the task force concluded last year that it's feasible to expand the program here, a second task force reported that a survey of the Spokane County Medical Society found that 40 percent of its physicians already were involved in medical education in some capacity. A report said, "Of those not currently involved in medical student education, nearly 75 percent would like to be involved."

In addition to the financial and other challenges of setting up an adequate residency network in Eastern Washington, "having what I call a culture of graduate medical education is the other part," McCarthy says.

Meanwhile, at least one crack has shown up in the graduate medical education system here that already has been set up, as three residency positions that had been available earlier in psychiatry aren't available this year, McCarthy says.

"Education is not a moneymaker," and shareholders invest in stocks to make money, he says. "There's concern about how this is going to work. At some level that's part of the breakdown of the psychiatry thing."

Providence Health Care, which owns Providence Sacred Heart Medical Center & Children's Hospital and Providence Holy Family Hospital, also doesn't want to lose money, and the question becomes whether the foundations, doctor's groups, hospitals, universities, the state, or the federal government, which funds graduate medical education through Medicare, will be able to spend money on it, he says.

"Residents cost money," he says. "They're not the most efficient providers of health care. They tend to order more tests, which is both bad and good," because while tests cost money, they help residents learn.

"You're usually losing $100,000 a resident" a year, he says. Residents generally are paid in the neighborhood of $50,000 a year, and while they once worked what seemed like unlimited numbers of hours, "now they can work only 80 hours a week," although some of that time they're on call, McCarthy says.

Yet, to not fund medical education is short-sighted, he says. The report that urged expansion of the medical school here said the U.S. will face a shortage of almost 160,000 doctors by 2025, and Spokane and Eastern Washington already import 80 percent of their doctors.

"Across the nation, there's starting to be a paucity of physicians," and as that worsens, different areas of the country are starting to try to hold onto their doctors, he says. Meanwhile, he says, most medical residents settle into their careers not far from where they train.

The Huron Consulting study is expected to cost $170,000, and the state provided money for it, McCarthy says. He expects the consultant's report to be completed by mid-February, and thinks it would be appropriate for the final report to be presented to the Spokane County Medical Society. He says the report will provide "an analysis of what the community wants" and ask the questions, "Who's willing to put money up?" and, "What will slow this down?"

The 2010 Legislature provided $250,000 to the UW medical school for developing clerkships, fellowships, and residency slots in Eastern Washington, and that money will pay for the Huron Consulting study and also paid for a Graduate Medical Education Summit at WSU Spokane on Oct. 15, McCarthy says.

More than 150 academics, administrators, and physicians attended the summit, UW medical school Dean Paul Ramsey said afterwards in his weekly newsletter. The meeting included "a detailed overview of the federal funding model for graduate medical education and the complexities that institutions may face as they become residency sites," Ramsey said.

Also, the Spokane County Health Sciences and Services Authority has awarded GSI and WSU a $75,000 grant for outreach efforts to Eastern Washington communities to help WSU and the UW seek support for clerkships and residency slots. The authority makes grants to support biomedical research here with funds from a diversion of 0.02 of a percentage point of the state's share of the sales tax collected in Spokane County.

In addition, GSI, with money from Avista Corp., has hired Desautel Hege Communications to develop a communication plan leading up to the 2011 Legislature, Hadley says.

Spokane-area economic-development leaders will seek legislative approval of a $72 million appropriation to construct at the Riverpoint Campus the planned 110,000-square-foot WSU Biomedical and Health Science Building, he says.

The proposed building, for which design money already has been provided, would house the medical school branch campus and also space for consolidation here of the WSU College of Pharmacy, which has students both here and at WSU's main campus in Pullman now.

"In itself, that is a huge deal," Hadley says of the pharmacy school consolidation. Some 360 pharmacy students, or four classes of 90 students each, would study here if the college is consolidated at the Riverpoint Campus, he says. Hadley says the college does a lot of research.

The pharmacy college already has the third and fourth years of study here for its doctor of pharmacy, and it will move the first and second years of that program, along with its pharmacology-toxicology program and pharmaceutical sciences programs, here. Some 250 to 300 people in all would move, WSU says.

The first Tripp Umbach study said the medical school would lead to economic benefits through capital and facilities investments, research activity sparked by the presence of academic medical professionals, the opening of medical practices at an academic health center on the Riverpoint Campus, and recruitment of other companies.

The school, a branch campus of the UW medical school, would be a collaboration of the UW and Washington State University, with WSU providing instruction in the basic-science part of the curriculum in the students' first two years, and the UW providing the staff for the clinical part of the students' education in their third and fourth years.

Tripp Umbach is expected to complete the $100,000 business plan by March, Hadley says. He says the plan is to be paid for with a $25,000 grant from the Empire Health Foundation and assistance from WSU and businesses here.