Demand, pay for such roles has risen during past year 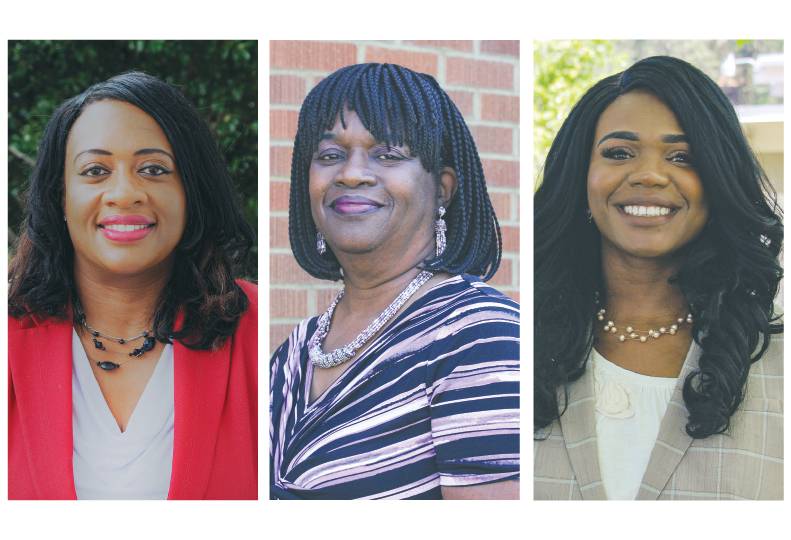 Executive-level diversity positions are growing in prominence and scope as organizations adapt their culture to changing social attitudes, some Inland Northwest executives say.

Excelsior wanted to embed diversity, equity, and inclusion in everything the nonprofit does, Johnson says.

“In most companies, it’s separate but equal,” Johnson says. “The chief diversity officer is in charge of all of the diversity trainings, but HR does all of the other training. It just makes sense to have this role in HR. If DEI is connected to every single employee and every constituent you have and every internal and external customer, why would it not be in HR?”

Johnson says incorporating DEI into everything Excelsior does has been a long process.

“People are not used to having conversations about race, about religion, about politics. We were always taught not to have those conversations, so a lot of people don’t know how,” she says. “And just because we disagree doesn’t mean that you’re my enemy. Teaching people how to disagree is a conflict-management strategy.”

After the murder of George Floyd, Johnson says many organizations sensed a resulting cultural shift and reacted by establishing or elevating DEI positions. Last year, Johnson says her LinkedIn notifications “lit up like a Christmas tree.” She began receiving job offers regularly.

Diversity positions are fairly new to the employment landscape. The Washington state Employment Security Department doesn’t specifically include such positions among its data. However, comparable human resources roles—managers and specialists—in the Spokane-Spokane Valley area make between $59,000 and $121,000 annually, according to the department.

A posting for a chief DEI officer at Swedish Medical Center, in Seattle, lists a salary range of $250,000 to $500,000 a year. According to job search and review website Glassdoor, the average annual salary for a chief diversity officer in the U.S. is $127,200.

Johnson says diversity positions have existed for years but only recently been elevated to the C-suite.

“In the past, you might have a couple of Fortune 500 companies that had chief diversity officers, but not a lot,” she says. “Now, we see a lot of these diversity officers. Traditionally, that was not at the C-suite level. You’d have a director or a coordinator, but not necessarily someone at the executive level.”

Renton-based Providence Health & Services has had a systemwide chief diversity officer for about two years, says Brian Fix, director of human resources for Washington and Montana. Now, the health care system is searching for a regional executive director of diversity, equity, and inclusion to manage DEI efforts at a more local level.

Lived experience—personal, firsthand knowledge of DEI issues—will be important for whomever Providence hires to the regional DEI role, Fix says.

“If you’re involved in your community through volunteerism or lived experience, and you come from a minority community, you have a lens through which to evaluate the efforts and credibility with which to speak to the various constituents inside and outside the organization,” Fix says.

Numerica Credit Union, of Spokane Valley, recently hired Lars Gilberts to the new role of assistant vice president of community development and impact. Gilberts was previously CEO of the University District, in Spokane.

“What we intend to do with the position is to focus on financial access and wellbeing for all people in our community who are unbanked and underbanked, as well as historically excluded groups,” Pearman-Gillman says. “We’re looking at where we could create new products or services, what are the best practices in the industry, and asking people specifically in the community what barriers they face that we can help remove.”

Gilberts will initially spend a lot of time connecting with the community, Pearman-Gillman says.

“We were looking for somebody who has deep experience, who has spent years of their life understanding the ALICE (asset limited, income constrained, employed) population,” she says. “The reason he’s perfectly capable of this is because he’s spent a lot of his life working specifically on how to serve unbanked and underbanked people.”

“When we reviewed that position and responsibilities ... we intentionally shifted that title to formally be the director of culture, diversity, and people services,” Rosentrater says.

Before that, the company had a diversity director role, but wanted to emphasize its diversity efforts on a broader scale.

“We know that our employees will feel more supported if they see diversity in the workforce, in the conversations we have, in what we support,” Rosentrater says. “We know that we’ll be able to serve our customers better if they see that they’re reflected in our employees, and the kinds of decisions we’re making are informed by understanding the diversity of our customers.”

“It’s a wide variety of backgrounds, in terms of educational preparation,” Kelley says. “You can have experience in law, in management, in teaching, or administration. Some have backgrounds in social work or sociology.”

Kelley has a doctorate in higher education administration, as well as a certificate in diversity management from Cornell University.

“There have not necessarily been a whole lot of programs designed to prepare someone for this particular role,” Wilburn says. “You need to find someone who has been engaged in the work, someone who has actually been involved in working in advancing diversity, equity, and inclusion.”

Fix says leadership experience will be at least as important as diversity certification in hiring for the regional DEI position.

“They have to be a strategic thinker, someone who can communicate well and bring various stakeholder groups together,” Fix says.

Kelley says diversity officers must stay up to date on prevailing research and concepts, must understand civil rights and employment laws, and must be able to create a welcoming and inclusive environment.

“You have to be able to negotiate,” Kelley says. “For example, if you have a financial department that has a goal of being particularly judicious with the funding, but you have a DEI need where you need to spend funding, how can we meet both goals?”

Kelley says the kind of work a chief diversity officer performs will differ depending on the organization.

At Providence, Fix says the regional executive director of diversity, equity, and inclusion will work with local-level DEI councils.

“We wanted more oversight and direct leadership in coordinating our various projects and programs,” Fix says. “We need to do more diversity education for our leaders and our caregivers about how to connect effectively with someone who’s different than they are, and to deliver care in a way that matters to those individuals.”

At Gonzaga, Kelley is drafting a strategic DEI plan, a process that she says has involved gathering a great deal of data.

Kelley says she hopes to create a central office for diversity, a place where Gonzaga’s DEI programs and initiatives can be consolidated.

“I want diversity, equity, and inclusion to be part of the fabric of the entire institution so that it’s not set aside or something extra. It should just be part of what Gonzaga does,” Kelley says.

Johnson says that more companies and organizations are likely to adapt DEI positions into a more integrated role, often within human resources departments. She’s noticed a new trend in which companies hire for a position called chief people officer.

Wilburn says that while the recent increase in attention paid to diversity positions and training is heartening, it’s important for organizations filling diversity roles to weed out candidates who aren’t genuinely interested in the work.

“Unfortunately, because of the George Floyd murder and all of the focus on issues of diversity and racial tension, some people are just trying to do things to check off a box—it’s performative. It’s optics,” Wilburn says.

When Whitworth hires a permanent chief diversity officer, Wilburn says that person will be someone whose experiences, such as participating in conferences or conducting research, reflect a steady interest in the field.

“We want someone who has demonstrated that they have been doing the work,” Wilburn says.