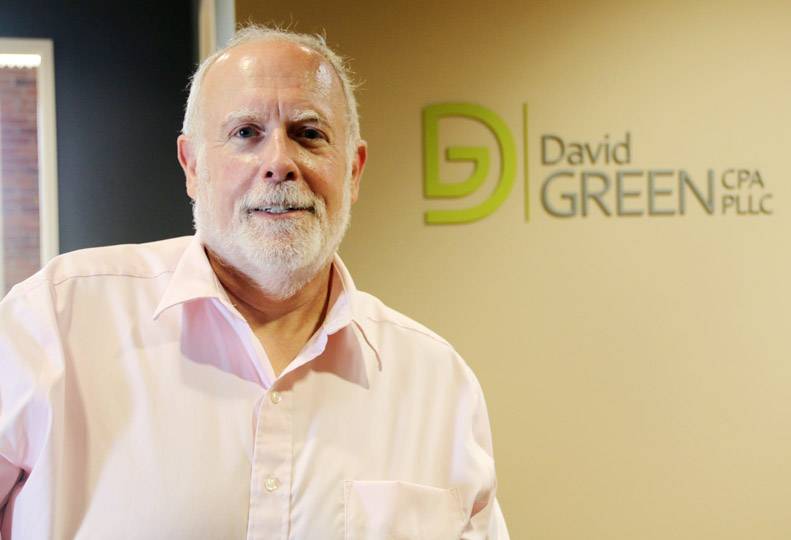 -—LeAnn Bjerken
Spokane CPA David Green says many people are looking at the donation alternative as a way to get above the standard deduction.

Financial advisers here say that since the implementation of the Tax Cuts and Jobs Act earlier this year, taxpayers have become more conscious of the various methods of charitable giving as they look to maximize their 2018 returns.

As has been previously reported, two of the biggest changes created by the new tax law—the limiting of itemized deductions, and the increase of the standard deduction to $12,000 for singles and $24,000 for couples—are expected to result in fewer taxpayers choosing to itemize, which advisers say likely will impact their charitable donation choices.

“So, they suggested that taxpayers for whom deductions are important, prefund charitable contributions using a donor-advised fund, or DAF, to help get them above the standard deduction.”

Green says he spoke with many clients in December 2017, before the law took effect, about their options for prefunding their charitable contributions for 2018 and 2019.

“For upper bracket folks who may not be able to itemize anymore, the DAF is a good way of still getting the tax benefit for something they’d likely be doing anyway,” he says.

A donor-advised fund is a philanthropic vehicle established at a public charity that enables donors to make a charitable contribution, receive an immediate tax benefit, and then recommend grants from the fund over time.

For large gifts, he says donors also have several other choices of charitable donation vehicles, including making a direct gift to a charity, establishing a private foundation, or establishing a charitable trust.

While those methods of donation are still used, Green says donor-advised funds in particular seem to have increased in popularity following the Tax Cuts and Jobs Act.

“People have always been interested in DAFs, but after the new tax law, they’re looking at them more,” says Green.

He says for many, DAFs are viewed as an easy way of grouping charitable contributions for at least one year, in order to still be able to itemize their deductions, a process commonly known as “bunching”.

Bunching enables donors to consolidate multiple years of charitable giving into a single year, making it possible to take advantage of the charitable deduction when their bunched gift combined with other eligible expenses exceeds the standard deduction.

The charitable giving deduction is still available for taxpayers who itemize, but it’s limited to 60 percent of adjusted gross income for cash gifts and up to 30 percent of AGI for gifts of appreciated securities, mutual funds, real estate, and other assets.

Green says not only do DAFs offer more flexibility for donors wishing to double the amount of charitable giving in one year, it also is beneficial for charities, in keeping a steady annual cash flow of donations coming in.

“If donors tried to donate individually, giving the charity a larger amount the first year and nothing the next, it would disrupt the cash flow, making it harder for the charity to plan,” he says.

“With a DAF they can put in a larger amount, itemize deductions, and the charity of their choice gets an even distribution coming to them annually through the fund.”

Green says another appealing aspect of a DAF is that it typically doesn’t cost as much to set up as a private foundation or charitable trust.

“DAFs don’t have too many negative aspects,” he says. “But you do need to do your homework upfront, and understand the costs and rules involved because some require a minimum amount to set up, timeframe between distributions, and administration fees.”

Located on the sixth floor of the Paulsen Center, at 421 W. Riverside, the foundation currently manages more than 530 funds valued at more than $120 million.

Innovia’s director of gift planning, PJ Watters, says that while donor-advised funds are just one of many charitable-giving avenues offered by the foundation, they have increased in popularity recently.

““Donor-advised funds have been popular for at least 20 years now, and we do see many people using them smartly in order to ensure a continuing stream of funding that benefits the charities they care about,” she says. “They’re kind of like a charity checking account, allowing donors to put dollars in and then recommend grants toward their favorite charity.”

Watters estimates between 25 percent and 30 percent of the funds Innovia manages are considered donor-advised funds.

While there is no current IRS requirement as to when those funds must be granted out to public charities, Watters says sponsoring organizations like Innovia may place restrictions on granting activity.

These could include: a minimum start-up dollar amount, a minimum or maximum number of grants per year, or restrictions on the number of successor advisers that may be appointed before any remaining funds revert to the sponsoring organization.

“Innovia touches base with all of our donors annually,” she says. “If you’re not distributing grants in your fund, we like to at least understand why, so we can help you meet your goals.”

At Innovia, Watters says donors need a minimum of $10,000 to start a donor-advised fund, or they can opt to place $1,000 in a seed fund toward establishing one.

“Donors can invest $1,000 annually, and by the 10th year they can officially establish their fund and begin distributing that money to charities of their choosing,” she says.

Like most other charitable-giving vehicles, there are restrictions on which organizations qualify as eligible recipients for DAF grants.

For example, donors are only able to recommend funding to verified charities, rather than any named individuals. Donors also can’t recommend grants to pay tuition to private schools or colleges and are also prohibited from receiving any goods or services in exchange for grants.

Watters says donor-advised funds may appeal more to some people because they’re easy to track and manage for tax purposes.

“Donor-advised funds will probably become a more popular option for donors, because they make things a bit simpler,” she says. “Putting the money into that fund ensures they only need one receipt for tax purposes, but they’re free to determine later how much they’d like to distribute to which charities.”

“When real estate and stocks go up, the popularity of donor-advised funds goes up as well, conversely popularity drags when those markets wane,” she says. “This is because complex assets can be liquidated upon donation and added to the fund, something that’s not as easily done with other charitable vehicles.”

William Simer, accountant and partner with the Spokane office of Eide Bailly LLP, says donor- advised funds and charitable IRA distributions are currently the two most popular charitable-giving options his clients are interested in.

“We do see some other charitable-giving options used, but unlike a DAF, they usually require a lot more work and cost to set up,” he says. “The costs of administering a private foundation for example, doesn’t make a whole lot of sense, unless you can put in $1 million or $1.5 million initially.”

Simer says most of the other charitable-giving vehicles are designed to make it easier to manage the tax consequences of the sale of property.

“They’re great tools in the right situation, but I’d say most are beyond scale of the typical individual,” he says. “For example, a charitable remainder fund might work well if you’re trying to dispose of property with significant funds attached. You could put the property into that and have the funds distributed for several years, enjoying the extra income while the remainder goes to the charity or charities of your choice after you’ve gone.”

Simer says he believes DAFs are seeing an increase in popularity due to how easy they are to use, as well as their increased availability.

“There are more DAFs in existence now than there used to be, with mutual fund companies and community foundations offering more options for setting them up for individuals with philanthropic intent,” he says.

Simer says DAFs also involve fewer administrative challenges and make it easy to convert appreciated securities like stocks or mutual funds into cash, enabling donors to give a larger amount than they would otherwise.

“For example, if you own stock in a company, you can choose to gift that stock to charity and get a tax deduction,” he says. “Smaller charities often have no way to receive funds like that, so using a DAF is a good tool for funneling those gifts.”

Simer agrees with Watters that the current popularity of DAFs may also have a link to strong real estate and stock markets.

“In recent years, we’ve seen a lot of wealth creation through the stock market and real estate, so we have more people looking at ways to deal with that in a tax-exempt way,” he says.

Besides their tax benefits to donors, Simer says DAFs also generally have a positive impact on charities, as being qualified to receive that type of funding is a way of attracting donors.

“It’s a kind of endorsement, that helps to show donors you’re a vetted, registered charity in good standing with the IRS,” he says. “It also signals the organization that they’ve been doing the right things, if they’ve been confirmed as worthy of that level of support.”

“Some types of giving are best done directly, while others are better done through a DAF, a charitable trust, or a personal foundation,” he says.