Elizabeth Kelley dedicates career to defending those with developmental disabilities 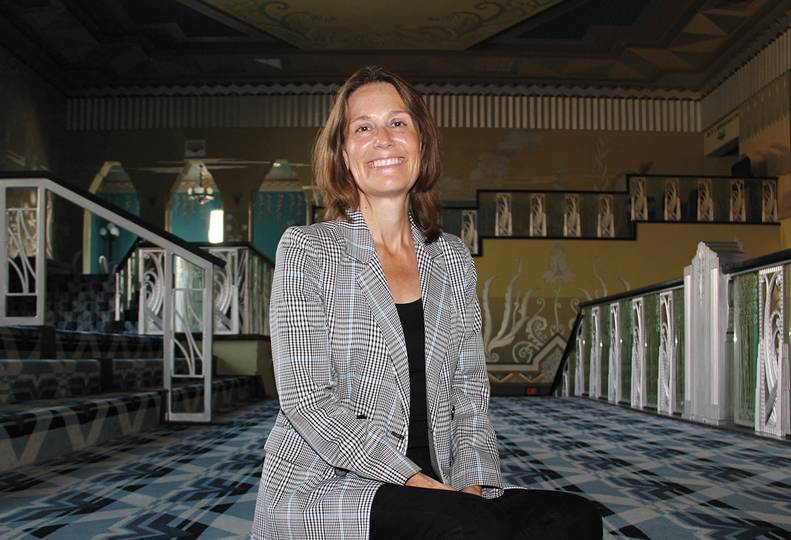 -Kevin Blocker
In addition to practicing law, Elizabeth Kelley is the president of the Spokane Symphony board of trustees. She’s shown here at the Fox Theater, in downtown Spokane.

Elizabeth Kelley hails from a family of attorneys. But even with a law degree herself, she had no aspirations of practicing after earning her juris doctorate, and she certainly never imagined she’d end up being a criminal defense attorney representing those with mental disabilities.

“There’s something particularly special about representing people with mental disabilities, because they don’t have the same type of culpability as other defendants,” she says. “They may not know the nature of what they’re doing, or they may be powerless to stop themselves.”

Kelley says the general public, law enforcement, and prosecutor’s offices across the U.S. lack a basic understanding of mental illness, and those suffering from mental illness often are lumped in together with other criminal defendants.

It’s estimated that 50% of the U.S. prison population has some form of a mental disability, says Kelley citing Centers for Disease Control estimates.

“I think we’re finally starting to realize that we shouldn’t be incarcerating our way out of a public health problem,” she says.

Earlier this year, the American Bar Association published Kelley’s book, titled Representing People with Autism Spectrum Disorders, a manual designed as a guide for criminal defense lawyers representing those who have autism.

Kelley is the sole proprietor of Elizabeth Kelley, Attorney at Law. Based in Spokane, she represents clients from around the country. Ironically, not one of her active cases is here.

When representing clients in the eastern U.S., she has access to a friend’s law office in New York, she says.

In order to represent clients in other states, Kelley submits motions pro hac vice – Latin for ‘this occasion’ – to handle cases elsewhere.

Despite her legal pedigree, Kelley says she was quite content to travel after completing law school. She’s the daughter of former Spokane attorney Jon F. Kelley, who died in 2003.

“My father told me that the law was the quintessential liberal arts education,” she says.

Her father passed down his love of learning to her, she says.

A Ferris High School graduate, Kelley earned an undergraduate degree from Mills College in East Oakland, California in English and French. She also spent a summer studying abroad at Oxford University, in England, and another summer at Paris-Sorbonne University, in France.

Later, she completed her master’s degree in English literature from the University of Chicago before completing her juris doctorate at Case Western Reserve University’s law school in Cleveland in 1993.

“As much I enjoy reading and writing, I didn’t want to be a junior associate in a law firm cloistered in the library,” she says.

After spending more time travelling, Kelley says she finally decided to open her own practice in the Cleveland area.

“You basically take everything that walks in the door,” Kelley says of the process of building a clientele.

One evening at a benefit dinner, Kelley says she was approached by a judge who encouraged her to become a criminal defense attorney. The judge invited Kelley to her chambers that week to show her how to handle a criminal filing. Later, the same judge assigned her a client.

The young female defendant had no prior criminal history when she was stopped by police. She had in her possession a pipe with drug residue in it. In doing her research, Kelley discovered the woman faced a maximum penalty of a year in prison under Ohio law.

“She didn’t want to fight the charge at all,” Kelley says of the defendant. “I literally felt like I had someone’s life in my hands.”

After entering a guilty plea, the judge gave Kelley’s client a probationary sentence.

“I used every argument in the book. I was as prepared and as persuasive as my young attorney mind would allow me to be,” she says with a laugh.

Years later, in a courtroom in rural Ohio around 2004, Kelley had a court-assigned defendant who had an intellectual disability.

“This was a young man who was forced by his so-called street-wise friends to be the lookout during a series of robberies,” she says.

The young man’s case worker was so pleased with the work Kelley put in on the case that he quickly began passing along her business cards to other people who had family and friends who suffered from intellectual disabilities and mental illness and who were facing criminal charges.

Almost immediately, she became a resource for other attorneys and judges.

One of those current cases is the post-conviction case of a South Dakota man who she believes has been wrongly incarcerated since the mid-1980s. She’s been working on the case for five years.

A common misbelief is that her clientele ranges from indigent to low-income at best. Nothing is further from the truth, she says.

“Autism, bi-polar disorder, mental illness... they cross all socioeconomic and ethnic boundaries,” she says. “All my clients are retained.”

Kelley says she never anticipated returning to Spokane after leaving for college. By the early 2000s, though, she increasingly began returning more frequently to Spokane as her parents grew older.

“Spokane was starting to change from the way it was when I was growing up,” she says. “There were more and more people moving into the area; there was more building. And at the same time, those things that were very precious to me from childhood, like my family’s ranch, like Manito Park, the Cathedral, the then-Cheney-Cowles Museum, the Spokane Symphony… meant more to me.”.

After her mother died in 2011, Kelley continued to return to Spokane to settle estate-related matters, and Spokane continued to “grow on her,” she says.

In many respects, Kelley says the legal profession was ahead of the times as it related to virtual work.

“During that period, judges were very good about letting me appear telephonically for various court proceedings,” she says. “More and more courts around the country were accepting electronic filing.”

All this transpired at about the same time she began carving out a wider nationwide niche of representing criminal defendants with developmental disabilities, she says.

“I was getting calls from families and attorneys all over the country,” she says. “It was a perfect time to re-imagine and remake my law practice.”

Kelley says she returned to Spokane for good in December 2012.

“Bar none, it’s the best decision I ever made,” she says.