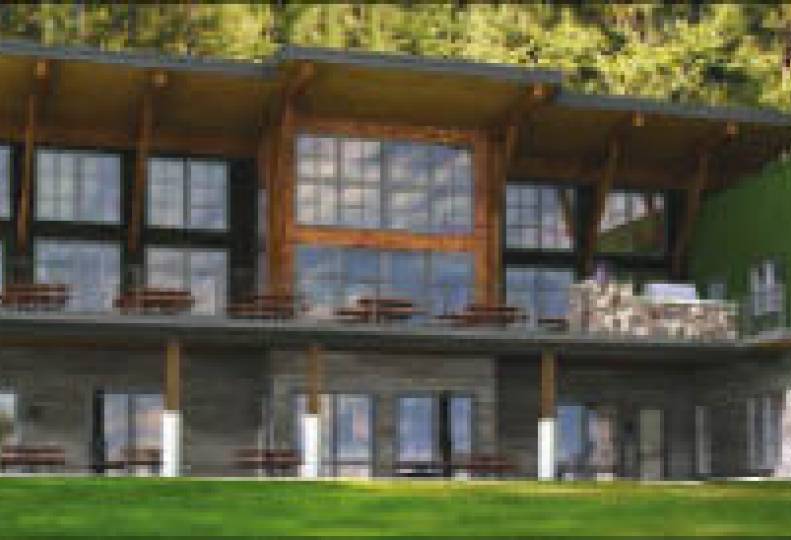 The new two-story, 11,500-square- foot lodge will have about three times as much floor space as the former one-story lodge, which was razed in September to make room for the project, says Pam Lund, CEO of the Spokane-based council.

Lund says the project is scheduled to be completed this spring, in time for summer-camp operations. The council owns Camp Four Echoes and operates it annually from mid-June through August. The 120-acre camp overlooks Lake Coeur d'Alene's Windy Bay, about 21 miles southwest of the city of Coeur d'Alene on the west side of the lake. About 500 girls, ranging in age from 5 to 17, attend summer camp there annually, Lund says.

The new lodge will have a dining room with a seating capacity of 200, a large commercial kitchen and a smaller kitchen both on the main floor, and an activity center on the second floor, Lund says.

The project is being funded through a $1.7 million donation from Schweitzer Engineering Laboratories Inc. founder and President Ed Schweitzer and his wife, Beatriz, of Pullman, Wash., Lund says. The gift also will support Girl Scout camp programs in science, technology, engineering and math, she says.