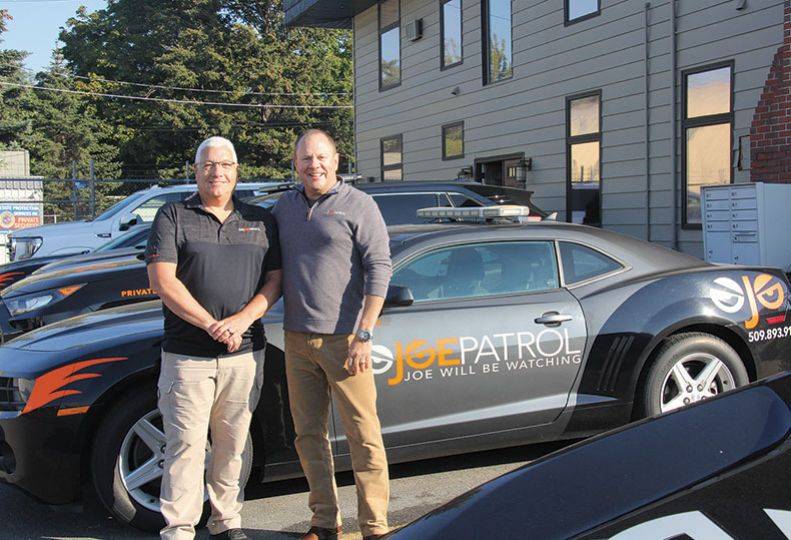 Sladich says Fairfax County, which abuts Washington, D.C., and is about 2,500 miles away from Spokane, is an ideal franchise territory due to its demographics. He says the market conditions there complement the company’s branding needs with a population twice the size of Spokane County, an affluent workforce, and a robust business community that’s home to 10 Fortune 500 companies, including the corporate headquarters of Hilton Worldwide Holdings Inc. and the Capital One Financial Corp.

Many of the businesses in the Washington, D.C., market use private security companies, and there’s a growing demand for services there, he says.

Sladich says the security company discovered shortly after first announcing plans to begin franchising in 2016 that the endeavor would be too expensive and time-consuming while he was also employed full-time at Red Lion Hotels Corp. as executive vice president of sales, marketing, and distribution.

“At the time, we learned the commitment needed was too great,” explains Sladich. “So, we decided to focus on the brand until the time was right.”

Sladich retired from Red Lion and took on a more active role to grow the security company’s franchise business.

“When we decided to become a franchisor … we wanted to present a very unique model in the security industry,” explains Sladich.

He contends GoJoe Patrol is distinctive in that the company doesn’t try to imitate the police and instead emphasizes de-escalation and compassionate interactions.

GoJoe operates from two locations in Spokane Valley and Coeur d’Alene and has a 15-vehicle fleet.

The Fairfax County GoJoe operation will begin operating with one employee and one car, he says.

Franchise opportunities cost $70,000 to $135,000 for the right to use the GoJoe Patrol branding and systems and for exclusive market territory rights for 10 years.

In addition to the initial buy-in, franchisees pay royalties totaling 7.5% of gross revenues.

GoJoe Patrol will advise and support Kraft to help him recapture the cost of his investment in about 1 1/2 years, Sladich says.

He says GoJoe Patrol has received about 700 inquiries in the last five months from entrepreneurs nationwide.

His goal is to open about eight franchises a year until the company has about 60 total, while maintaining sustainable growth by being selective about franchisees.

“We need a good match more than we need to open a bunch of locations,” he says.

Two additional franchisees likely will be secured before year-end, adds Sladich, though he declines to disclose further details.