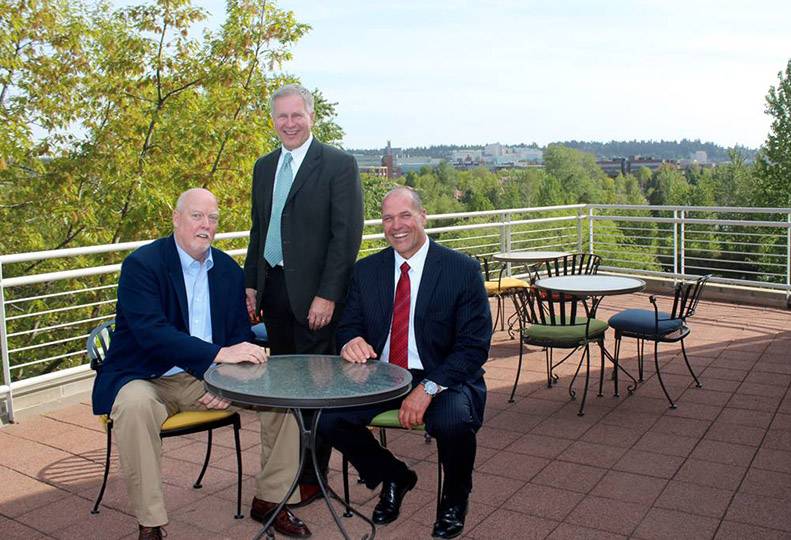 Using some seed money donated by Intermountain Community Bank, Gonzaga University says its School of Business Administration plans to launch a for-credit class this fall that will have students leaving campus to work closely with Spokane-area businesses and nonprofits on short-term projects.

Gonzaga President Thayne McCulloh and Kenneth S. Anderson, interim dean and professor of management at the business school, say the main purpose of the class will be to provide participating students with some hands-on, real-world experience.

One side benefit, they say, will be the opportunity for students to forge closer business and professional relationships within the community, perhaps encouraging more of them to remain here after graduation. Another potential benefit will be helping often cash-strapped small enterprises and nonprofit organizations carry out projects that they otherwise might not have the staffing or resources to complete, they say.

The three credit-hour class is open to seniors, and in most cases it likely will count toward students’ majors, he says. About 15 students already have signed up for the inaugural class, and  Anderson says he envisions the class growing to around 30 students in coming semesters.

“We have projects lined up (for the initial group of students), but we haven’t fleshed out the specifics of the projects yet,” he says. He declines for now to identify businesses or nonprofits that the initial group of students will be working with, but says he’s gotten positive feedback from community representatives who he’s spoken to about the project-based class.

Gonzaga has always placed a strong emphasis on experiential learning, but Anderson says he believes this university-backed initiative expands on that focus and provides a possible alternative to traditionally structured internships.

McCulloh says he considers the course’s flexibility to be what makes it most unique.

The university’s expectation is that the class will offer its students the opportunity to work on more than one project during a semester. Class enrollees, individually or in teams, will work with their “organizational partners” as well as business school faculty to complete agreed-upon projects, business school representatives say. All projects will have specific “deliverables” and defined deadlines, but those details will vary widely from project to project, they say.

Anderson says he expects the organizational partners to include a balanced mix of nonprofits and private businesses, and he adds that he views the class’s project focus as being “pretty applicable across all sectors and industries” in the community. Businesses or nonprofits that are interested in participating in the program are welcome to contact him, he says.

Anderson says one impetus for the creation of the class was that the business school was getting approached frequently by organizations in the community seeking help with a particular task or initiative. In many cases, he says, the timing simply wasn’t right to be able to respond to those requests, due to conflicts between the school’s academic calendar and the needs of the entity making the request.

Drawing on a firehouse metaphor, he says, the school decided to construct a course that would have a ready supply of students able to respond to such requests from organizations as they came in.

Intermountain Community Bank helped kick-start the program by donating $5,000 to the business school’s Excellence Fund. Bank executives presented the check to Anderson at a social gathering held last week in a faculty lounge on the second floor of Gonzaga’s Jepson Center, where the School of Business Administration is located. Anderson said at the gathering that the donation will be used to help offset the costs of the initiative and to provide initial student scholarships.

McCulloh says, “These opportunities don’t happen by accident,” and praised the bank for supporting the launch of the project-based class.

Curt Hecker, the bank’s CEO, told the Journal he sees lots of job opportunities in the marketplace right now, but believes that matching college graduates up with positions that are a strong fit for them can be tough, particularly given the still-fragile nature of the economy. The bank is interested, he says, in doing what it can to help improve those odds.

Intermountain Community Bank, which operates a branch in downtown Spokane in the former Bank of Whitman building at 618 W. Riverside and also one in Spokane Valley, isn’t providing any projects yet students in the newly created class to pursue, but expects to do so at some point, Hecker says.

Business school representatives say they also expect to be collaborating with Intermountain Community Bank in other ways, such as through internships and a speaker exchange.