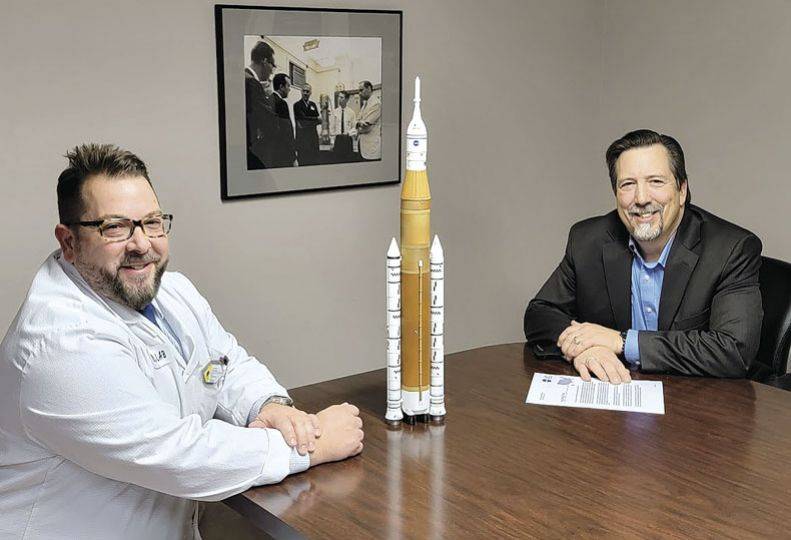 The Artemis program’s goal is to return people to the moon in NASA’s Orion spacecraft using a Space Launch System rocket that also is expected to support the eventual human exploration of Mars.

NASA’s recent launch of Artemis I is the first uncrewed test flight for the project.

Hi-Rel Labs is one of 14 Washington state companies providing support for NASA’s Orion spacecraft, and one of 16 companies in the state supplying NASA’s Space Launch System rocket.

Devaney, who operates Hi-Rel Labs with his brother and vice president, Cedric Devaney, says the company is providing materials evaluations on internal components of the Orion spacecraft and for the Space Launch System rocket.

“On the inside, the guts, the electronics, the things that make it work, that’s where we’re at. If you look at the Artemis spacecraft and looked at the Orion itself, we’re all over the avionics for that, including the life support, guidance, navigation, and we’re on the propulsion.”

Devaney says Hi-Rel deconstructs devices to look for flaws that have either caused failures prior to launch or may cause failures in their mission over time.

“If they have defects in construction, they won’t function well long-term in space,” says Devaney. “We have a lot of microscopes and expertise in deconstructing electronic components and internal connections.”

Located at 6116 N. Freya, in north Spokane, the company has 53 employees, which he says is up slightly from previous years.