Firm working out of two offices with plans to seek single, combined space 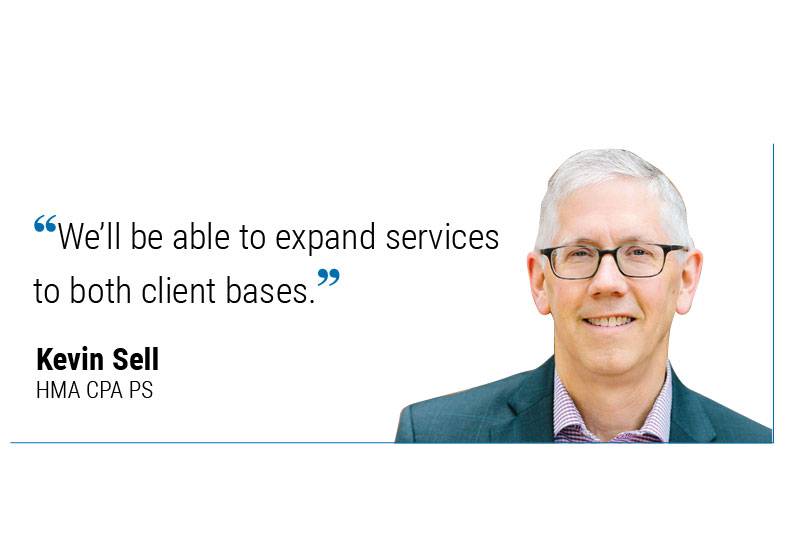 In the transaction, HMA has brought on all eight staff members from the Kavadias practice, including its namesake Jeff Kavadias, Sell says. Kavadias isn’t a principal in HMA, he says.

With the acquisition, HMA will have a staff of 29, including 25 accountants, making the firm, which was once regarded as a boutique practice, one of the largest locally owned accounting firms in Spokane, Sell claims.

Sell declines to disclose the terms of the acquisition, which was completed earlier this month.

For now, HMA will operate out of two locations—its longtime office on the fourth floor of the Cutter Tower, formerly known as the Sherwood Building, at 510 W. Riverside downtown, and the former Kavadias office, on the second floor of the West Coast Life Building, at 1124 W. Riverside, on the western edge of the city’s core.

“We’ll continue to work in both locations for the immediate future,” Sell says. “But we’ll be looking for combined space.”

HMA provides tax, assurance, and accounting services to individuals and businesses throughout the Inland Northwest. Kavadias Group was described on its website as a full-service accounting and business consulting firm.

“We’ll be able to expand services to both client bases,” he adds.

Kavadias Group was founded here in 2002.