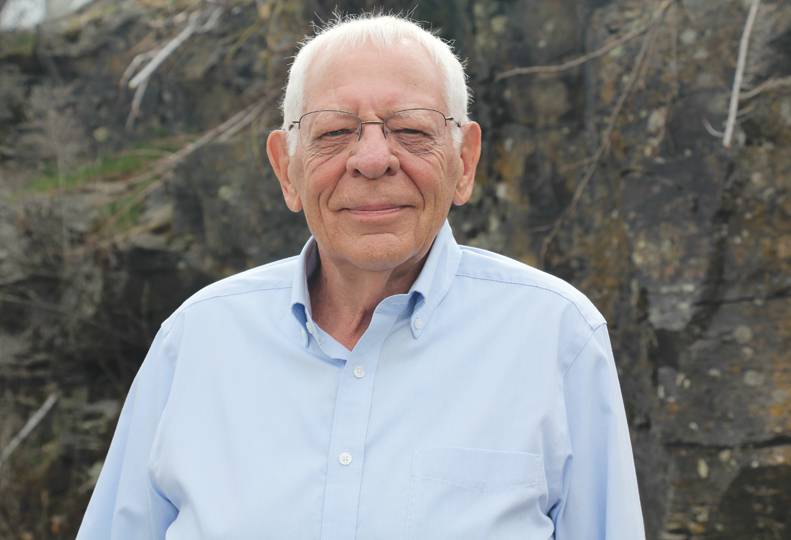 The list of Spokane-based organizations Gordon Budke has been involved with over the decades contains many familiar names, including Momentum ’87, Leadership Spokane, the Spokane Area Economic Development Council, Eastern Washington University, Downtown Spokane Partnership, and several others.

As an accountant with a history of nurturing entrepreneurship, Budke has “had his thumbprint on a lot of organizations” in Spokane, says former RiverBank CEO Dan Byrne, who was mentored by Budke at the Spokane office of New York-based accounting firm Coopers & Lybrand LLP.

“He was very impactful for the CPAs who worked with him and the businesses that the firm actually dealt with, bringing a can-do spirit and helping educate nonfinancial people in financial matters,” Byrne says.

Budke was born and raised in Dayton, Washington, about 125 miles southwest of Spokane. He attended Eastern Washington University and graduated in December 1963 with a bachelor’s degree in business administration, with a focus on accounting.

Budke had worked at a local creamery in high school in order to save money for college tuition. After he arrived on campus, he changed his mind about his career path a few times, considering careers in automotive engineering and politics before landing in a small business class in which he excelled. Out of his accounting program of six students, Budke, then age 21, was the only student selected by Spokane-based accounting firm Randall, Emery, Campbell & Parker for a job upon his graduation.

“I wasn’t sure what public accounting was all about, but it was a job,” Budke says. “By then I was married, had a kid, and needed to work.”

Budke started as a staff accountant and climbed the ranks until he was made a partner in 1971. The firm merged into Coopers & Lybrand two years later.

At Coopers & Lybrand, Budke got involved in the firm’s Emerging Business Services Network. He and 14 others created four training programs within the firm that focused on teaching accountants how to help entrepreneurs.

“You learned about … what goes on in an entrepreneur’s head, how to serve their needs, and where the resources are,” Budke says.

He became managing partner at the Spokane office of Coopers & Lybrand in 1981.

“I like to man and control. When I became managing partner at Coopers & Lybrand, I thought I’d died and gone to heaven,” Budke says. “Because I had four other partners in the office and 50-some employees who served a lot of clients, that gave me more time to do what I really enjoyed--going out into the community and being involved. A couple of my partners said, ‘you go join this and that, we’ll serve the clients.’”

Coopers & Lybrand merged with London-based PriceWaterhouse in 1998 to create PricewaterhouseCoopers. The combined entity does not have a presence in Spokane.

Of the local organizations he’s been involved in, Budke says Momentum ’87 has been the most impactful.

“Momentum ‘87 changed this community dramatically,” Budke says. “Frankly, I think Spokane may be ready for that again.”

Over the course of a weekend, 100 local leaders discussed Spokane’s future and its priorities.

“I went up there saying, anything could happen. Get 100 people in a room; nobody’s going to agree,” Budke says. “We walked out of there with an agenda of 10 important focuses and what needed to be done.”

Momentum ’87 allowed some Spokanites to be part of building the city’s future in a way they hadn’t before, he says.

“You had the Paul Redmonds and the Luke Williams and the Phil Stantons and the Dave Clacks, but they wanted the process to work. They didn’t want to be the guys that were making all the decisions,” he says.

As for the most personally impactful organization Budke has been involved with, he says Leadership Spokane played an instrumental role in informing his perspectives on Spokane industries. Budke was part of Leadership Spokane’s inaugural class in 1983. He says he expected to learn skills such as leading meetings.

“Rather than how to chair a meeting and how to make a report, we learned about Spokane, areas of Spokane that I would never have learned about. It’s a real broadening of community understanding,” Budke says of the nonprofit, which is still active.

Budke used what he learned from Leadership Spokane in various capacities, going on to help launch the Downtown Spokane Partnership as one of its founding board members. He was also a founding member and board chairman of Focus 21, as well as chair of the New Century Plan, both of which were successors to Momentum ‘87. He was appointed to the Washington Economic Development Finance Authority from 1989 to 1993.

After Budke retired from Coopers & Lybrand in 1997, he established Budke Consulting PLLC.

Byrne says Budke had a knack for helping entrepreneurs throughout his career.

“He opened a lot of doors that, at the time, people didn’t realize were doors that needed to be opened,” Byrne says. “Because of his financial background, he saw opportunities to grow individual companies, but also a broader network of people who could evaluate the resources needed.”

“He was very active with starting up the business incubator with a couple of professors at the local colleges,” Byrne says. “It had a significant impact in starting new businesses in Spokane and giving them the financial planning and financial advice.”

Budke and his wife, Rhoda, have been married for 60 years and have three sons and four grandchildren. The couple married while Budke was attending EWU, and they’ve since arranged to give back to Budke’s alma mater with two scholarship funds. Budke also has served on the university’s foundation and is currently on the EWU president’s campaign committee, as well as the dean’s advisory board for the college of business.

At age 80, Budke now lives in Southern California for part of the year, but he returns with the warmer weather each spring for the annual meeting of the board of Yoke’s Foods Inc., on which he’s served since 1998.