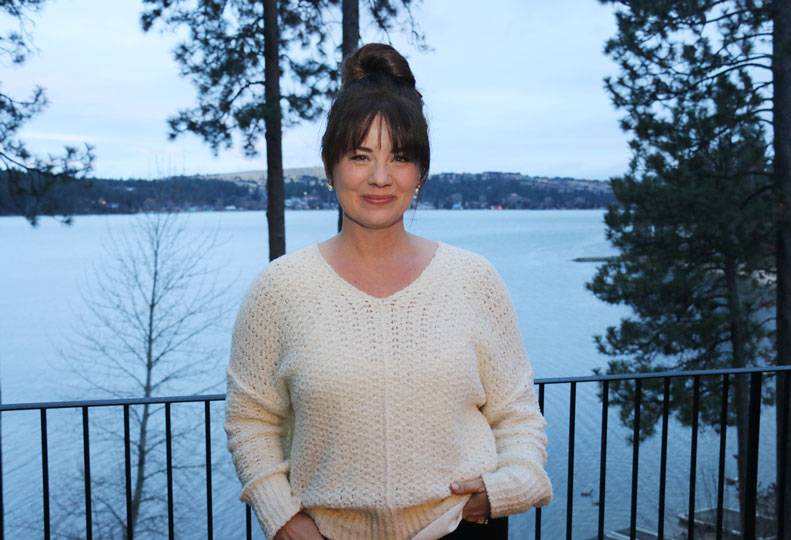 A clinic opening next month in Liberty Lake offers a type of breast cancer detection using ultrasound technology that has been approved as an adjunct to traditional mammography.

Kvinna will employ four people at the clinic: two receptionists and two certified ultrasound technicians. Kvinna is also contracting with an Arizona-based radiologist, who will read and interpret ultrasounds and serve as the clinic’s medical advisor.

Co-owner Angela Barnes says the concept of the clinic stemmed from her friend, Natalie, who has been fighting breast cancer for three years. Barnes says Natalie received a mammogram just a few weeks before she found a lump in her breast, which was eventually confirmed to be a type of aggressive breast cancer.

Last March, while she searched for answers as to what could have helped Natalie catch the cancer sooner, Barnes discovered the SonoCiné Automated Whole Breast Ultrasound imaging system. The system uses a traditional ultrasound machine in conjunction with the robotic arm of the SonoCiné machine. The computer-controlled ultrasound wand captures between 3,000 and 5,000 images of the entire area from underarm to sternum, upper chest to under the breasts. The images then are stitched together as a video for the radiologist to view.

“I started trying to find a local imaging clinic here in our state that had one, and no one had one,” Barnes says. “That sent me down the rabbit hole of trying to find the closest machine, and when I found out that it was in California … that was shocking.”

Barnes, who has a background in women’s ministry, traveled to California to undergo a scan for herself. Her scan was clear, but she saw a scan from a woman who had dense breast tissue who was found to have a three-millimeter mass.

“That moment was one of those where you get goosebumps all over your body,” Barnes says.

The U.S. Food and Drug Administration has approved SonoCiné for use as a supplement to mammography, but says the system is not intended to replace mammograms.

Barnes says many women may only recently have discovered they have dense breast tissue due to a law passed two years ago.

In February 2019, President Trump signed into a law a federal funding bill that included text requiring mammography providers to include updated information about breast density in reports sent to both patients and their physicians. The law requires that the information include how breast density may mask cancer on a mammogram, a qualitative assessment of breast density provided by the radiographer, and a reminder to women who have dense breast tissue to bring questions to their doctor.

Barnes doesn’t have experience in the medical field, but she says that on her return trip after the SonoCiné scan, her resolve to bring SonoCiné to the Inland Northwest grew.

“I just think that had Natalie had access to this technology, she would have had a simple lumpectomy at stage one, and we would be out sipping wine on my porch together, and instead now she’s battling for her life,” Barnes says. “(SonoCiné technology) has been Food and Drug Administration-approved for over a decade. That’s why I’m obsessed, because this has been a sleeping giant that has just been left to idle.”

Barnes and her husband Mark teamed up with family friends Judy and Balin Strickler, who also live in Liberty Lake, to buy hundreds of thousands of dollars’ worth of equipment and lease the commercial space. Barnes declines to reveal the cost of the SonoCiné machine, but says it’s in the six-figure range.

“Because we were just bootstrapping it ourselves, we could move quickly,” Barnes says. “Since June, that’s been the full-time job — assembling the team, leasing the space, purchasing the equipment, getting all the parts in place.”

“At first, I thought it would be a hindrance to our business model that insurance doesn’t currently cover this,” Barnes says. “I’m starting to realize … it’s freed us up. There are no insurance hoops any of us have to jump through, we can just provide a cost-effective screening for women at a cash price.”

Barnes says she hopes to franchise Kvinna, depending on the success of the Liberty Lake clinic.

For now, Barnes is setting up shop in about 1,000 square feet of the former Columbia Medical Associates exam space. Two receptionists and two ultrasound technicians will work on-site. The clinic contracts with a radiologist based in Arizona who’s also serving as the clinic’s medical advisor.