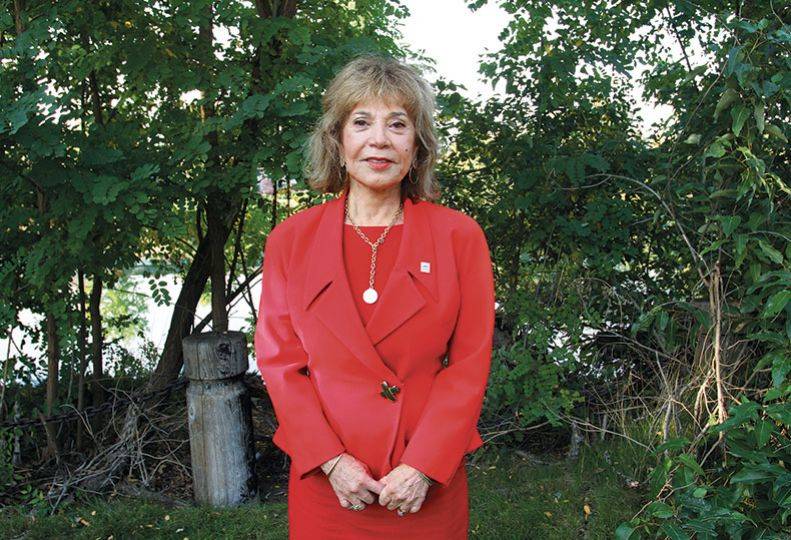 After a 46-year career in educational leadership, Christine Johnson, chancellor and CEO of Community Colleges of Spokane, has announced she will retire at the end of this year.

Johnson, now 68, grew up on a cattle ranch near Hachita, a rural town on the southwest corner of New Mexico. She received her bachelor’s degree from New Mexico State University, and by age 30, Johnson received her doctorate in educational administration from the University of Colorado Boulder.

Johnson spent 35 years in Colorado and worked in various facets of education, including teaching, administration, leadership, and policy development. Her leadership roles included chief academic officer for Colorado Community College System, president of Community College of Denver, and special assistant to the provost at the University of Colorado Denver.

She has served on numerous boards, including the Education Commission of the States, which tracks educational policy, translates research, and provides advice. Johnson was the director of urban initiatives for the commission, which was chaired by presidents Bill Clinton and George W. Bush, during her five-year tenure.

Johnson and her husband, Carl Griffin, moved to Spokane from Denver in the summer of 2010 for her Community Colleges of Spokane job. As CCS chancellor, Johnson currently oversees a student population of about 30,000 spread out over six counties and a budget of nearly $100 million a year. Earlier this year, Johnson was honored with the CEO of the Year Award by the Washington State Association of College Trustees. She is currently a finalist for National Top CEO of community colleges, an award that will be presented later this month in New York City.

The Journal recently sat down with Johnson to discuss her career in educational leadership, her passion for community colleges, and what she is most proud of in her near half-century career.

What prompted your move to Spokane?

I had a lot of different roles when I was in Denver. Prior to coming here, I was special assistant to the provost at the University of Colorado. I had a nice corner office where I could see the Rocky Mountains, but I felt the pace was so slow. I was there for three years and then said to my husband, I want to go back to working in community colleges. I had already retired from Community College of Colorado, and I didn’t want to unretire, so my husband said he would consider Oregon or Washington. A month later, we flew up here for me to interview for the position of chancellor.

Why community college as opposed to other institutions of higher learning?

I’ve worked in many sectors of education, and community colleges has been my favorite for many reasons. First of all, it’s an American invention. Universities were European and started elsewhere, but community colleges were an American invention that were designed to provide open doors of opportunities to people who could not afford to go to university or maybe didn’t have their grade requirements.

What I love about our mission is we welcome everyone at every stage of life. We do a good job with the undocumented community and teaching English as a second language. We also do excellent work with women. We used to have what we call “displaced homemakers,” which is an outdated term but describes women who had gone through divorce and had children. We tailor our programs to the students at each stage of life. Whether it’s a 16-year-old Running Start student who wants to move on and move fast, or a 60-year-old who lost their job at the mine and needs new skills.

What inspired you to pursue a career in educational leadership?

There were some teachers and others that really made an impression on me. As a young teacher in Denver, which was a big city for me, the principal at that school was a woman. Because I had gone to a small rural school, I didn’t even know there were high school principals who were women.

That principal mentored me before I knew what the word mentoring meant. She thought I was really talented and invited me to business meetings with professional businesswomen. I went to all these luncheons with women in powerful positions, and as young teacher, I didn’t know that was something that could happen. Then the principal after that was also a woman, and I thought maybe that’s what I want to do. That became my track.

What have been some of your highlights of your career?

One of the things that Community Colleges of Spokane had very little of when I came here was online education. In Colorado, I had helped start Colorado Community Colleges Online, where it was statewide. We had a lot of degrees online, not just classes. I remember meeting with people here who were a bit skeptical.

Now we have among the strongest e-learning programs in the state. Our students do as well online as they do in the classroom. That speaks to the quality, but it also speaks to the willingness of the faculty and staff to take on new programs and make them work and make them really excellent. And it prepared us for COVID. Who would have thought? We weren’t struggling wondering, how do we do this? We had a strong and robust program.

I’m also really proud of the reach our community colleges have across six counties. We are the pathway for students in rural communities to have a pathway to move on. Having been a rural student myself, I know there is nothing in a little town. You have to leave. I feel proud that we have access to those communities.

What do you look forward to in retirement?

I haven’t made too many retirement plans. I serve on many boards, and I plan to stay on those boards for at least another year. I have a big family. I’ll spend more time with them. Then I’ll figure out what I want to do, maybe learn a new language. Having been in Italy with Gonzaga University as a trustee, I loved the Italian language. It’s comparable to Spanish, and I can understand a bit of it. I also have a lot of invitations to join boards, and I feel like I don’t need more boards, but maybe later. I’ll take my time.

Having served on so many national boards alongside influential politicians, did you ever think about running for office?

That has no interest to me. I honestly feel that we have callings, and I feel for me, its education. It’s a lot about believing in the potential of human beings to strive and achieve.

Coming from a rural community, did you ever imagine all the things you would do?

No. I’ve done some really wonderful things. In Colorado, governors would ask me to go on recruitment missions to other countries, and I would be sitting on their jets thinking, my parents would not believe how this happened. It’s been a privilege. I’ve had a wonderful career.