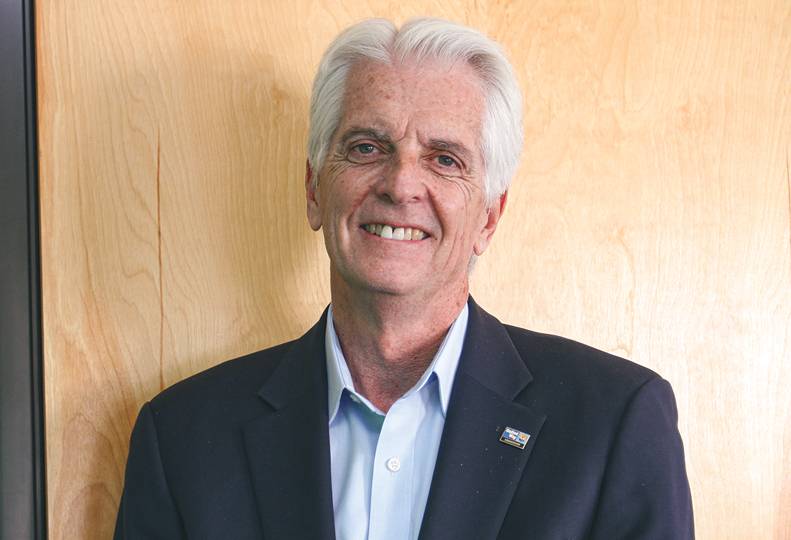 Tim Henkel has announced his pending retirement as president and CEO of Spokane’s United Way. Henkel grew up in Phoenix, Arizona and attended the University of California at Santa Cruz where he studied Political Science. A year after graduating, he moved to Grand Rapids, Michigan, where he began his career in Community Organizing for Vista, now known as AmeriCorps Vista.

After a year of community organizing, Henkel joined United Way, an organization with a mission to improve the lives of people in the community through partnering with other organizations. He joined Spokane County’s United Way in September 2007 as president and CEO.

Henkel plans to retire by December, pending the hiring of his predecessor, a project taken upon by a committee made of community members.

The Journal spoke with Henkel about his start in nonprofits and community organizing, his time in Spokane, and what the future holds for him in retirement.

What drew you to working in community development?

Being able to make an impact, create a change—it has always been a motivator, and what has kept me focused. In some ways, it probably grew out of our family. We were always working in the community. I gravitated to that space. I didn’t know what it meant, or what it represented, but it just kept evolving in that direction.

That’s just a natural part of what I grew up in and continued to see in the world. You have an obligation to your community. People need you from time to time, and you’re going to need them. Reaching the ideal is sincerely what has driven me. Everybody needs to have the same breaks and chances to realize whatever their greatest potential is.

What drew you to working for United Way?

Working for AmeriCorps as a community organizer, I went door to door, knocking on people’s doors and asking them about their lives, what they wanted to see improved, what frustrated them. It’s very granular work.

I helped start two different neighborhood organizations as a community organizer that focused on things like saving the local fire station and helping residents with energy conservation at little to no cost. One thing led to another, and I could see that we were making things happen, getting things done, and yet there was this bigger swirl.

There was just always bigger dynamics that were affecting households. Some were structural. Some were based on long-term challenges that they faced. What I recognized was that it’s not just a single effort or solution. It’s much more complex. It’s going to involve a number of different conversations, groups, engagements, you name it.

A position opened with United Way in Grand Rapids, and I applied, some 38 years ago. Getting people to the table so we can have an understanding of where we want to go, what do we want to do, and how can we do that better together. That has been sincerely, truly motivating for me over all these years, even in any frustration that one runs into in any career.

During your time as President and CEO of United Way in Spokane County, what has been your main goal?

To do everything possible to have individuals and families in the community to succeed. When I came, one of the things that I recognized was that there was more that this United Way could do to make that happen.

For example, when I arrived in Spokane in 2007, the high school graduation rate was in the 70% range, and some schools were in the 60% range. There was a national movement to say we need to improve that so we can create better long-term life outcomes for these kids and families. There were efforts and conversations taking place that felt parallel but weren’t connected. The schools felt burdened and alone in this fight. What we needed was to do it collectively, with a variety of groups.

Working with a variety of community partners over the span of eight to nine years, we were able to make a change. Right now, the high school graduation rate is close to 90%. There are still kids and families that, based on their financial status and ethnicity, are still behind, and we have to ask: Who else can be working to make this better? Those are the types of things that we began to try and be more a part of than we might have been.

In your years of service, what has been your greatest challenge?

Always a lack of resource. You need to, wish to, want to do more. But it requires financial resources, people capacity, and it requires personal commitment, a belief in what you are doing. The depth of people we have believing and wanting to do what we do at this United Way of Spokane, that’s one thing our team is fabulous at doing with limited resources.

What do you wish to see through before you leave?

What is the most pressing challenge your successor faces?

A marked challenge that we are seeing with United Way across the country is that more and more people have other options, and they are choosing to do that instead without realizing that United Way has the connections to what they are trying to accomplish.

Whoever steps into that role will have to be encouraging, inspiring, and able to connect with more and more people so they want to step into that space of service with us. They will need to stay focused on the wider idea of coordinating, connecting, and collaborating on what we are trying to achieve together.

What waits for you in retirement?

My wife and I will travel a bit all over the country. My wife recently retired from the county, and she has also done similar work as me over the years. We’ll do our best to let go for a little bit, but I know us pretty well and we’ll be sticking our nose in many things.

I’m not a great tinkerer. I don’t have any grand hobbies or that sort of stuff. Will I pick up and try and do a few different things for fun? Yea, I’ll do that, but more importantly, it will always revolve around the question of ‘what can we be doing to continue making a difference in the community?’