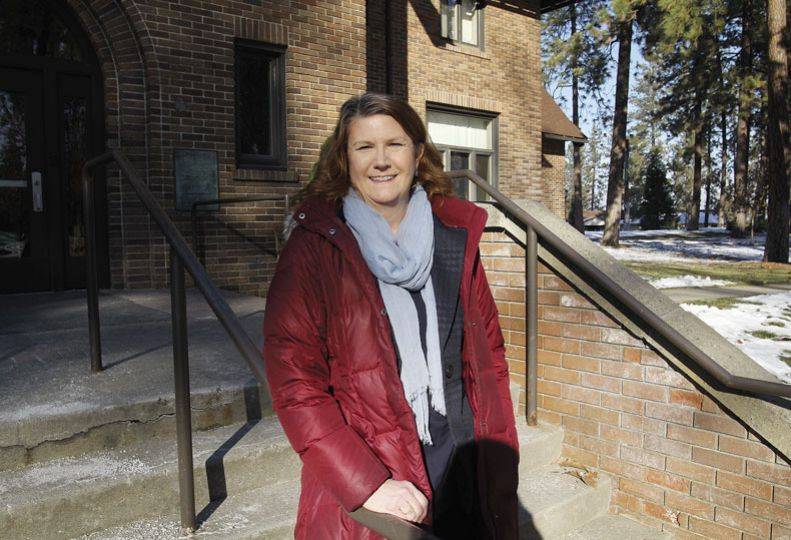 -—Karina Elias
Robin Henager, associate dean at Whitworth University’s school of business, says the school will launch its financial planning programs in the fall of 2023.

Wealth managers are recruiting new financial advisers here and across the country to maintain service levels and replenish an aging workforce, industry representatives and educators say.

According to a 2019 study by the Troy, Michigan-based consumer research firm J.D. Power, the average age of financial advisers is 55 years. About one-fifth are 65 or older and only 11% of advisers are under the age of 40.

That data also is reflective of the Spokane financial adviser community, says Michael Balderson, president of the Financial Planning Association of Spokane and a certified financial planner with WealthMap Financial Advisors.

In addition, Balderson says his company and the association have partnered with schools in the Spokane-area to stimulate student interest in a career in wealth management and bring more people into the industry.

One such school that Balderson is planning to partner with, and that promises to bring forth a pipeline of newcomers into the field, is Whitworth University, located in north Spokane.

In fall of 2023, Whitworth University will launch a master’s program in financial planning, says Balderson.

Robin Henager, associate dean for the school of business at Whitworth University, says the graduate program is designed to prepare students for the certified financial planner exam.

Accreditation for the new Whitworth program is still subject to approval by the Northwest Commission on Colleges and Universities, she adds.

Henager says she received a positive response from the financial planning community when she announced the new program at the association’s annual conference in Spokane earlier this fall.

“The financial planning industry in general is an aging population, and (firms) want new people to come in … where they can create a succession plan and sustainability for their practice,” she says.

Henager says the Whitworth program will accept a cohort of 20 students who each will take between 10 and 17 months to complete it, depending on the course loads students carry.

Whitworth will offer seven courses in succession, with the last course being a capstone course taken on campus that will synthesize the program’s materials, allowing students to create a financial plan for an individual, and preparing them to sit for the certified financial planner exam. The exam is offered three times throughout the year in Washington state: in March, July, and October. To obtain the master’s degree, students will be required to take an additional three elective courses.

The pending master’s program at Whitworth will be a low-residency program with a blend of on-campus and online courses designed so that students can earn a degree while still working.

“Because it’s a low-residency program, we think we will be able to attract a lot of people … especially from Seattle,” she says.

The university also is partnering with Spokane-based financial planning firms that can offer internships or jobs to new graduates.

The designation of certified financial planner, which is a recognition overseen by the Certified Financial Board of Planners Inc., has four prerequisites: 6,000 hours of professional experience, passing the exam, financial planning education, and ethical training and licensing.

Some in the industry say that obtaining that breadth of experience and designations often creates obstacles for new people entering the industry.

Balderson says that studying for the certified financial planner exam can cost anywhere from $5,000 to $20,000, depending on the provider.

“The CFP designation is the gold standard in the industry, and it has a 50% pass rate,” he says.

In addition, newcomers to the industry generally have a difficult time making it in their careers because of the income structure. It takes new advisers about five years to build their client base and be able to sustain themselves financially on an income that is entirely derived from commission and fees.

Donald Morgan, financial consultant and owner of Spokane Valley-based Independent Wealth Connections LLC, says that, while the age of the workforce in the wealth management industry seems to be part of a natural progression, there is also a sense that there aren’t enough people entering the adviser workforce.

Morgan says the industry has changed, with firms generally reducing investments in adviser education and training. He says many offices have shifted to a team-based type of apprenticeship model that supports an adviser but often doesn’t emphasize education and long-term experience.

The team-based model that has become the norm consists of brokerage firms and financial planning firms hiring team members for a monthly salary for only six months to a year, after which those advisers must rely on business they’ve generated for income.

Balderson says he believes that investing in employees for longer than a few months is a route that he and many in the industry need to take in order to keep up service levels. He recently hired two employees in their 20s, offering them full pay and benefits totaling about $75,000 each. He estimates that will take about five years or more to break even on the investment.

Sarah Carlson, owner and founder of Fulcrum Financial Group LLC, says a career in the wealth management industry is much harder than it appears. On average, Carlson says she takes about a dozen different exams a year to retain her license and to stay on top of new products and changing rules and laws within the industry.

“To be in this industry, you have to embrace change and want to be a lifelong learner,” she says.

Carlson adds that the certified financial planner designation doesn’t guarantee success. She notes that about 90% of advisers don’t make it past five years.

For example, Carlson says she recently hired someone without experience who she began to invest in and train, but the work was too much for the new hire, who decided to resign.

“Hiring without experience is challenging,” says Carlson. “Sometimes people think (financial planning) is easier than it is.”