Spokane employers bring back workers as checks come in 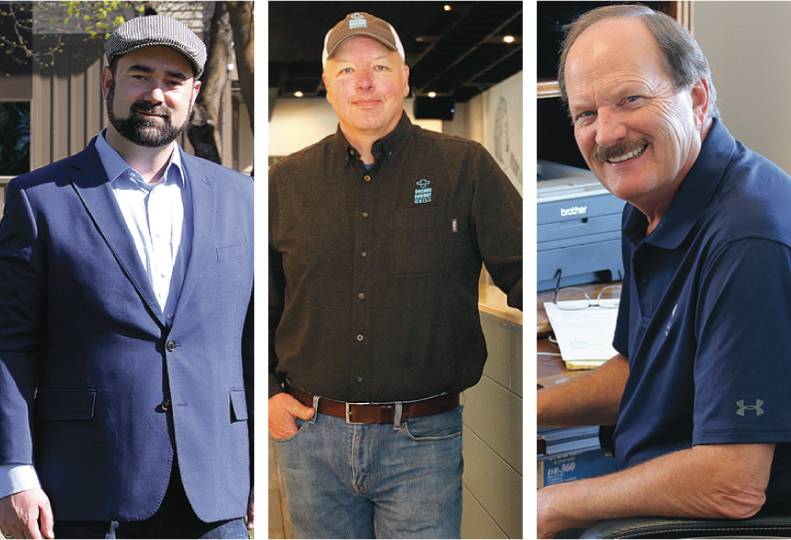 Nearly $7 billion of the total $348 billion in Paycheck Protection Program loans offered by the U.S. Small Business Administration have gone to businesses in Washington, including a number of employers in the Spokane area.

About $1.8 million, for example, went to funding the paychecks of 200 employees at Spokane-based Excelsior Youth Center, located at 3754 W. Indian Trail Road. The organization provides behavioral health, education, and therapeutic recreation programs and services for youth and their families.

Andrew Hill, CEO of Excelsior, says he applied for the PPP loans on April 3, the day the program opened. On April 15, he received word from Washington Trust Bank that the organization’s application had been approved.

“I was in a (Greater Spokane Incorporated) meeting where a lot of businesses were talking about the fact that they had applied, and they were concerned that the money was being reported as having run out,” Hill says. “I was thinking ‘I guess this might not happen.’ To my surprise, a few hours later, we’d been funded.”

The loan will allow 190 employees to continue to receive paychecks while they work from home. The remaining 10 employees also will receive their paychecks, but they’re not working from home: Hill says they volunteered to move into the organization’s residential facility to provide for youth who need round-the-clock care, where they will remain until Gov. Jay Inslee’s stay-home order is lifted.

Eller filled out his application on April 2, anticipating that Idaho Central Credit Union would begin processing the application the next day. On Monday, April 6, he received an email notifying him that Cosmic Cowboy Grill’s applications had been approved. By the end of Friday, April 10, Eller had received the funds.

While the Coeur d’Alene location has been operating for three years, the Spokane restaurant opened on Feb. 14, just in time for the Valentine’s Day dinner rush — under the PPP, a business had to be operating by Feb. 15 to be eligible for the loan.

“We just barely squeaked under the wire on Spokane,” Eller says.

Eller says he was able to bring all 24 Coeur d’Alene employees back on, but he could only afford to have 16 of the 26 employees he’d hired for the Spokane restaurant return to work.

“We had to get everyone trained up, so we were overstaffed to start the brief four-week run that we had before everything got shut down,” Eller says.

He says that staff at both locations have been needed, as to-go and delivery orders have been popular. He’s been working to set up delivery through services such as DoorDash and Grubhub to take advantage of the increase in demand for food delivery.

Greg Hatch, who owns Spokane Valley-based Hatch Advertising with his wife, Terinda Payton, says he was ready when the program launched. Hatch says he filled out sample forms provided by the SBA on April 2, so he was ready with the needed information when the official PPP loan forms were released April 3.

“I was able to get my application in that Friday, (April 3), probably before 9 a.m.,” Hatch says.

The next day, he received approval from State Bank Northwest, and the funds were deposited on April 14.

The timing couldn’t have been better for the company: payroll for Hatch Advertising’s six employees was due April 15.

“For me, the system worked absolutely perfectly,” Hatch says. “Part of me says that we’re the poster child for the program.”

Hatch declines to disclose the amount of the PPP loan he received, but says it’s almost exactly the same amount the company would have lost in revenue this month.

“My wife and I were going to work without pay for the first two months, just to make sure everybody else got paid, but this worked out a lot better,” Hatch says.

Hatch Advertising was founded in 1978. Hatch says the COVID-19 pandemic ranks as one of the most significant crises the business has experienced, though he says the Great Recession was a greater challenge because it lasted so long.

On Tuesday, lawmakers and the White House agreed to a $484 billion deal that includes $310 billion in a second round of funding for the Paycheck Protection Program, as well as $60 billion for the Economic Injury Disaster Loan program. The Senate was set to vote on the deal on Tuesday, shortly before the Journal went to press.

No timeline has been released regarding disbursement of the funds created by the deal if it passes.