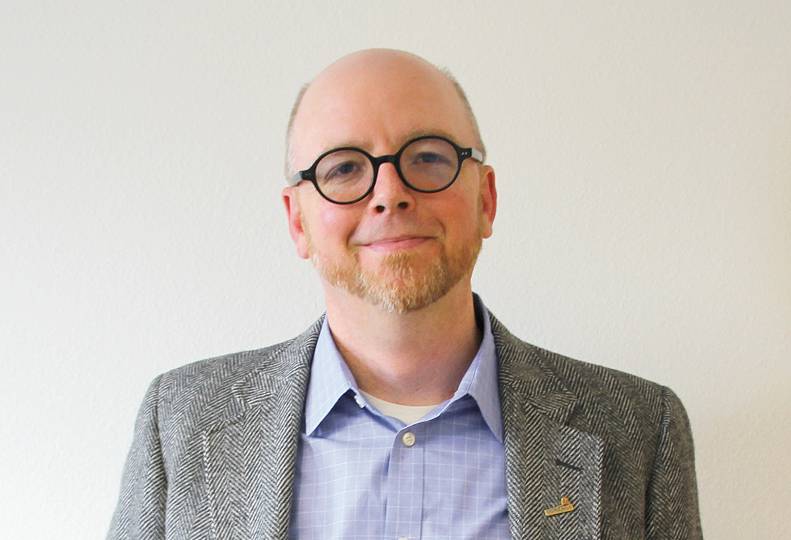 Brian Henning is a professor of philosophy and professor of environmental studies at Gonzaga University, as well as founder and director of the university’s Center for Climate, Society, and the Environment.

In 2008, Henning returned to the Pacific Northwest to take a teaching position at Gonzaga University. Last year, he became founding director of the university’s Center for Climate, Society, and the Environment.

The Journal sat down with Henning to discuss establishing the center, how students can get involved, and what role it could play in Spokane’s business community.

Could you explain the name of the center? Why include ‘society’ between climate and environment?

Part of the idea is that climate change sometimes is reduced by some to being a mere scientific question. Institutionally, we’re of the view that yes, there are scientific facts that are at the heart of the discussion. But understanding the problem and what to do about it is as much a social, ethical, and cultural issue as it is environmental.

Sometimes, climate change becomes something that we think about if we have the money and time, if you’re interested in environmental issues. By referencing climate, society, and environment, we’re trying to point out that it’s not just an environmental issue over there, it’s a social issue. It’s an issue that relates to how our communities are organized. That suggests the solutions and responses need to be partly social, cultural, and spiritual, as well.

You have a background in philosophy — how did you make the leap to environmentalism at Gonzaga?

As I started learning more about the topic, as happens to a lot of people, you get immersed in it and realize, it’s a lot worse than I thought. I became more engaged in trying to understand the problem and thinking about it as what I can do as a philosopher, as a faculty member, as a researcher.

How did you establish the Center for Climate, Society, and the Environment?

A good example is what we’re calling the Climate Literacy Project. That project started last year, before the formal launch of the center. We’d been working with our educational service district, ESD 101, and Spokane Public Schools to offer workshops.

In addition to that, over time, we’re hoping to figure out ways of supporting municipalities and businesses and organizations that are interested in making progress on how they can be prepared for and resilient to a changing climate.

For example, we’re in initial conversations with Malden, Washington, which burned down last September. We’re in early conversations with them about how we could help them to do some long-term climate resilience planning so as they rebuild their community will be strong and resilient to wildfires and other challenges.

Do you expect the center to play a role in the business community?

I hope that over time, the business community sees us as a resource when they want to make plans to understand how climate change could affect the way they do business. I hope that they would know there’s a community resource at Gonzaga. Whether it’s understanding the science, the economics, or the engineering, we have faculty who have expertise in these areas.

Businesses increasingly need to be able to track and report on how their business contributes to or doesn’t contribute to the problem of climate change. The Securities and Exchange Commission just announced this week that they could require businesses to report on carbon emissions and vulnerability to shareholders. If there are businesses in the community that want to get ahead of this and be ready for those changes, we’re hoping that we would have resources to be able to help businesses who were interested to make those transitions in a way that doesn’t negatively impact their business model.

How could the center inform the career choices of students?

I’m hoping that the opportunity to be a climate literacy fellow and go into classrooms could, for some students, make it possible for them to go into environmental education.

On the climate resilience planning side, there’s an emerging business around being hired to be able to do the tracking and reporting of carbon metrics for businesses reporting on climate vulnerabilities. I’m hoping that, as students are able to get some experience both about the science but also about the practical doing of this work, that would then position them well to be able to do that for businesses in the community.

They need to be able to not be afraid of the science, but also be able to talk to people and lead a meeting and design a long-term plan.

Gonzaga is soon going to announce the creation of a new bachelor of science degree in environmental science. That’s a big emerging area, in terms of future jobs in doing things like air, water, and soil monitoring. There’ll be a climate layer on top of that, as increasingly, we’re asked to inform shareholders about what a business’ practices have to do with addressing the long-term problem of climate change.

What’s your perception of the local business community’s relationship with the environment?

The polling data suggests there’s broad support for the idea of renewable energy generally. Getting our energy from the sun and wind is something that has deep bipartisan support. There’s a lot of interest in the community to try to ask, how can we be resilient? How can we be self-reliant? How can we withstand change?

Over time, businesses are trying to adapt to changing circumstances, and part of that is changes to the climate. How can they position themselves to be leading in a space where the world increasingly needs to figure out how to move to renewable energy, to less-polluting forms of transportation?