17.4 percent of newborns here had mothers who smoked while pregnant 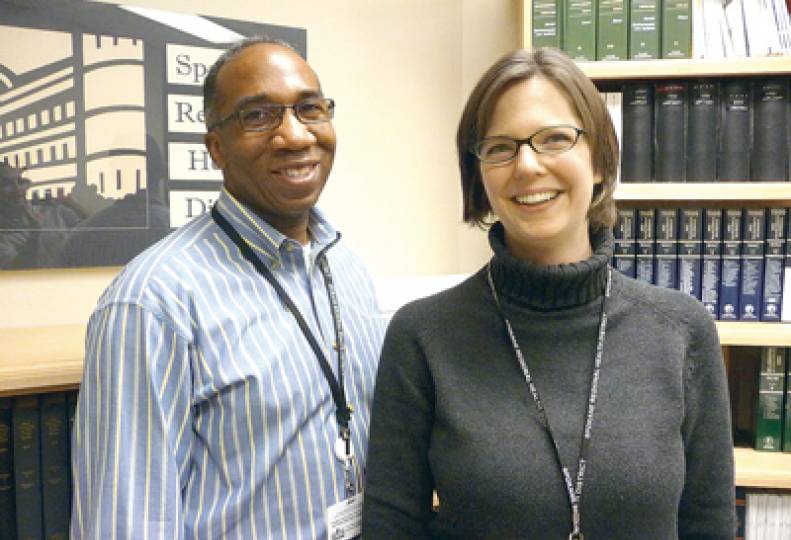 Spokane County has a far higher percentage of women who smoke during pregnancy than other areas of the state, a statistic well known to public health officials here, who say that while it's not entirely clear why that's the case, they hope to change it.

Surveys of women who complete paperwork for a birth certificate suggest that the mothers of 17.4 percent of babies born in Spokane County in 2007 smoked during at least part of their pregnancy. That compares with just 4.3 percent in King County and roughly 10 percent statewide, says Tim Church, a Washington state Department of Health spokesman.

Smoking by pregnant women has been linked to a host of health problems in infants, health experts here say.

While no studies have been conducted to determine why the rate of maternal smoking is higher in Spokane County, health experts say that factors such as low income and lower educational levels likely play a role.

"It's a common way to deal with stress," says Jennifer Hansen, health program specialist for the tobacco prevention and control program at the Spokane Regional Health District.

Hansen, who has talked to women in focus groups here about maternal smoking, says, "They say they're doing the best that they can" to avoid the behavior.

There is some good news on the smoking front. Statewide, the adult smoking rate hit a new low last year for the sixth consecutive year, and Washington state is ranked sixth lowest in the nation and remains well below the national rate. Still, the rate of maternal smoking in Spokane County is high, and grew significantly earlier this decade even though the rate statewide declined, a Spokane Regional Health District report shows.

About 1,070 infants are born each year in Spokane County to mothers who smoke during pregnancy, out of about 6,000 total births.

Surveys show that 10.9 percent of women smoked during pregnancy in Pierce County in 2007, and that 6.7 percent in Yakima County reported smoking, Church says.

Hansen says women who smoke during pregnancy are influenced by their environment and their peers.

Along with using cigarettes to relieve stress, some mothers to be are unable to overcome their addiction to smoking, she says.

In Spokane County for 2007, 13.1 percent of people were living below the poverty line, while 28.1 percent of single-mother households were below poverty.

"They're more likely to have children with asthma," McCullough says of smoking mothers. Maternal smoking also has been linked to attention deficit disorder, he says.

Adding to the risks, women who smoked between 2000 and 2006 were less likely to begin prenatal care in their first trimester compared with women who didn't smoke. The goal of prenatal care is to detect potential problems early on in a pregnancy and to prevent potential complications, Hansen says.

Bertone says, "They know they shouldn't smoke, they know it's bad, but it's not enough to drive them to quit. It's a very big challenge."

It's important for care providers all to be on the same page when it comes to speaking to pregnant women about the problems caused by smoking and to deliver a unified message, Bertone says. It's important to avoid having some providers saying smoking must stop immediately when a women becomes pregnant, while others are recommending a more moderate approach.

"If you have a population of smokers that hang around other smokers, that information travels around," she says. "And people believe what their friends say."

So if a woman's doctor tells her to quit smoking immediately, but a friend or relative who smokes says their doctor gave them different advice, then it becomes less clear what the best advice might be, she says.

McCullough and Hansen say the health district's strategy to curb smoking by pregnant women will be to change the environment where they live, shop, gather, and work, and also seek to make smoking more inconvenient, in effect influencing pregnant women.

Initially, the district will do an assessment contrasting neighborhoods that have high levels of smoking versus those that have low levels. By finding out more about what's different in the different environments, the district can target areas where it can have the most influence.

Hansen says the district can provide landlords with information about operating smoke-free housing, and can mount marketing campaigns against smoking.

Making property and facilities smoke free will make smoking less convenient, which would lead to less smoking, she says.

"If people have to smoke outside, then they smoke less," Hansen says. "And that leads to better health outcomes."

It not only could reduce maternal smoking, but also reduce the second-hand smoke children and others would be exposed to, she says.

Influencing what people see in terms of marketing will help them make better decisions, she says.

The district will target specific neighborhoods in the Spokane area known to be low-income. Trying to undertake an environmental change throughout the entire county right now isn't realistic, McCullough and Hansen say. Among the neighborhoods the district might target are Logan, Hillyard, East Sprague, West Central, and others nearby where the percentage of births with maternal smoking is greater than 30 percent, they say.

"This is a long-term investment," McCullough says. "It won't change overnight."

Says Hansen, "It takes time for norms to change."