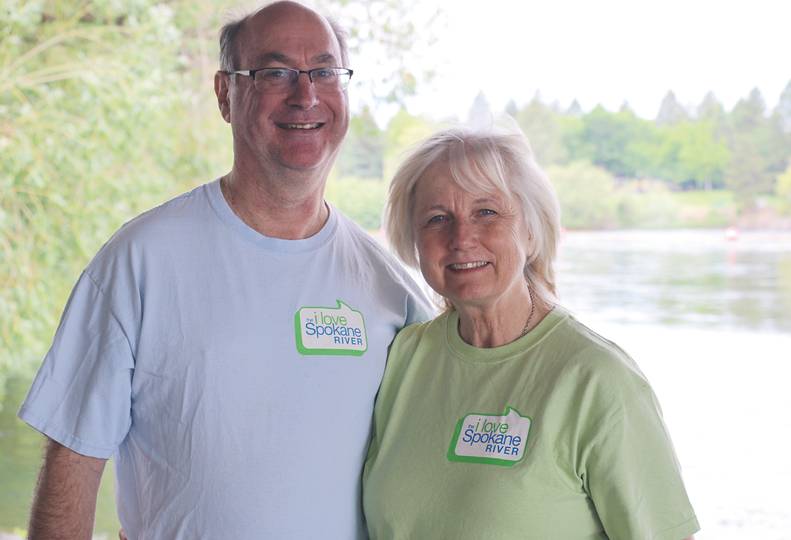 Discerning what can and can’t be recycled can be as much of a hassle as trying to figure out where to dispose of nonrecyclables, says Andy Dunau, executive director of the Spokane River Forum.

That’s why the nonprofit is expanding its waste directory for Spokane and Kootenai counties to include recyclables, Dunau says.

The directory, which is online at spokanewastedirectory.org, launched in January 2015, and Dunau says it has steadily grown in popularity since then.

Educating people on how to dispose of waste and recyclables properly is part of the organization’s commitment to cleaning up the Spokane River, Dunau says.

“If you want to keep the aquifer and the river clean, we need individuals to be able to be empowered to do their part to put (waste) in the right place,” he says.

The directory asks users to choose between residential and business waste, then identify the category of waste. From there, the directory recommends vendors that can help dispose of the waste.

The organization will add a separate section to the directory to address the problem of recyclables being improperly recycled — or waste items ending up in recycling, Dunau says.

The expanded directory, which is due to launch in September, will be called the Spokane-Kootenai Waste and Recycle Directory. It will include more than 100 types of recyclables alone, as well as information on how to get rid of the items.

“The new interface will work like a Google search,” Dunau explains. “You’ll put in whatever it might be, and it’s going to come up with a list of things like that. On that list, it’ll tell you whether it’s recyclable, residential waste, or business waste. When you click on it, it’ll take you to a specialized page telling you what to do with it.”

The expansion into recycling was prompted by the excess of recyclables created after China established its National Sword policy in 2017. The policy was designed to decrease the amount of contaminated and low-value materials coming into China from international recyclers.

Contaminated recycling materials are either not cleanable, such as pizza boxes stained with grease, or materials that can’t be recycled, such as plastic bags.

Since China is refusing much of the material that previously was sent to that country for recycling, Dunau says 15% of recyclable materials sent to area facilities are contaminated and can’t be recycled.

The directory could help people gain a better understanding of what can be recycled and what belongs in the trash bin, he says.

Another big problem, he says, is “wishful recycling,” which occurs when someone simply places items into the recycling bin without trying to determine whether it’s actually recyclable.

“You want to be good. You want to recycle, so you’re just going to throw it into that recycle bin and let somebody else figure it out. That doesn’t go well for the system,” Dunau says. “It’s important to know what actually needs to go in the trash and what needs to go into the recycle bin, and, with compostables, what can actually go in the green bin.”

Dunau says much of the success of the directory is due to Spokane River Forum’s partners, such as the city of Spokane, the Spokane Regional Health District, the Idaho Department of Environmental Quality, and the Spokane Aquifer Joint Board.

In addition to the waste directory, Spokane River Forum offers a program it calls EnviroCertified, through which local businesses volunteer to undergo an environmental inspection and, upon passing, are certified as environmentally responsible.