More parents said to take out loans for their children 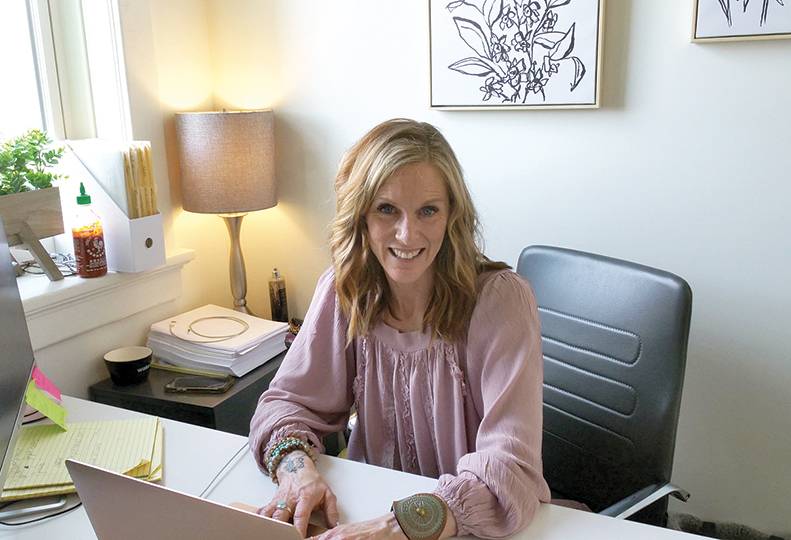 While student loan debt continues to rise and impact borrowers of all ages, the debt growth has been highest among older borrowers, says a report by AARP Public Policy Institute.

Separate reporting from the Federal Reserve Survey of Consumer Finances shows that in 2019, the average amount of student loan debt for families headed by someone 50 years or older stood at $36,400.

The average student loan debt in Spokane stands at $32,600 with an average monthly payment of $288, according to data collected and published in 2021 by Student Loan Hero in collaboration with Lending Tree, Inc., although that data set isn’t broken into age groups.

Carey Donaldson is the owner and founder of New Beginnings LLC, a student loan relief company based in Spokane’s East Sprague neighborhood.

Donaldson claims that financial strain of student loan debt often can last decades, with some of the worst cases she’s seen among older borrowers who have taken out Parent Plus Loans to finance their children’s education.

“It’s an industry and epidemic that is riddled with confusion and fear,” says Donaldson.

According to the AARP Public Policy Institute, some parents are using federal Parent Plus Loans to borrow up to the full cost of their child attending college. The institute contends, however, the program lacks critical underwriting to ensure that borrowers are able to repay the loans.

The institute also reports that defaults of Parent Plus Loans have been increasing, particularly for borrowers ages 65 or older. In 2018, parents funded 44% of college costs, with 10 percentage points of that through loans.

In a July 2021 survey conducted by The Harris Poll on behalf of NerdWallet, nearly 1 in 3 parents with federal Parent Plus Loans indicated that if they could do it over, they would ask their children to rethink their education plans so the family wouldn’t be burdened with student loan debt.

Lori A. Trawinski, director of finance and employment at the AARP Public Policy Institute, says that workers in their 50s, who are usually in their prime wage-earning years, should be saving for retirement. However, Trawinski has noticed through her work that some people in that age range are struggling to make debt payments, which leaves them less money available for other purposes, such as retirement savings.

“So what that means is people may not be able to retire when they intended to, or if they do retire, they will be making payments into retirement,” she says.

Trawinski also adds that she believes that choosing a college is often an emotional decision for families, and parents often will sacrifice their own long-term financial security due to a desire to send their children to their college of choice.

She asserts that it’s important that families think about the intergenerational aspects of taking on debt and how it will impact parents and grandparents if a student chooses a particular school over another that might offer more financial aid.

“It would be great if families could think of the long-term implications of their choices, because it might help improve the financial outcomes for the entire family if they look at it holistically,” she says.

While Donaldson says she wouldn’t sign onto a Parent Plus Loan for her children, she doesn’t want to tell community members not to pursue their dreams. However, she wants them to be well informed about financial tools available when attending college.

“I try to tell people to not necessarily be afraid of student loans. For me, to tell someone to go a different route so they don’t absorb debt is a travesty,” says Donaldson.

The AARP report says about a quarter of borrowers aged 50 or older make loan payments on private student loans because the student failed to do so. However, the report notes, taking on student loan debt for their children isn’t the only reason borrowers 50 and older are incurring or holding student loan debt. Often borrowers are carrying debt for their own education that they couldn’t pay off early in their career, or for education they pursued later in their career.

Donaldson has seen many people carrying debt for decades, threatening their ability to retire. One problem she has seen repeatedly is the confusion surrounding the Public Service Loan Forgiveness program that was created under the College Cost Reduction Act of 2007. The program is intended to provide professionals working in public service jobs with debt relief from federal student loans.

Under the program, borrowers must have made 120 monthly payments through a qualifying plan, an equivalent of 10 years, while working full time for qualifying employers in public service jobs, such as teaching.

In 2017, when the Public Service Loan Forgiveness program reached its 10-year mark, only 1% of borrowers in the program had received loan forgiveness.

Donaldson says that the forgiveness program is complex and confusing, which causes some older borrowers to resign themselves to the belief they might have to pay for the debt until they die.

She says she recently helped a teacher from Shaw Middle School receive total loan forgiveness, but it took some persistence. Initially, the forgiveness program had informed Donaldson that her client had only made 53 qualifying payments, although the teacher had been working for over 10 years in public service. Donaldson says her client felt defeated, but Donaldson continued to insist the teacher met the requirements.

In October of last year, as a result of the COVID-19 pandemic, the U.S. Department of Education issued a one-year waiver that will allow past payments by student borrowers who went into public service to count toward loan forgiveness, regardless of loan program, repayment plan, or whether the payment was made in full or on time. This program does not however include borrowers with Parent Plus Loans.

Donaldson says the waiver period provides an opportunity for anyone who has a significant federal student loan balance and has been working in public service for a decade to eradicate their debt.

She recently met with five teachers from Central Valley School District who each have been working between 15 and 32 years as teachers, and none of them meet all of the prior criteria needed to receive loan forgiveness.

“But with this waiver, it doesn’t matter,” Donaldson contends. “If they had come to me and there was no waiver, I would have to had delivered some yucky news.”

Donaldson adds that one teacher who had been working for 32 years in public service was on a repayment plan through which she would have had to continue paying for another 12 years, pushing back retirement.

“For people who have been doing their due diligence for so long, this is their time to get rid of them (student loans),” she says.