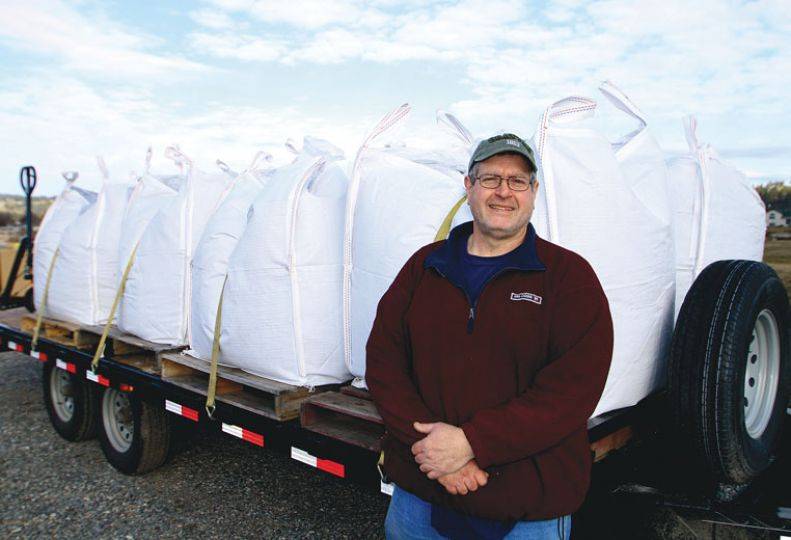 -—Kevin Blocker
Jeff Wood stands beside bags of fertilizer that are ready for shipment from the Otis Orchards operation. 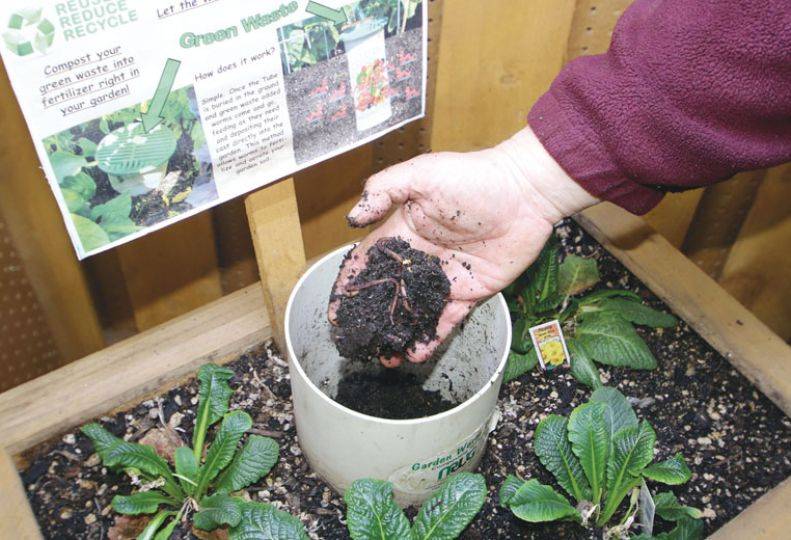 -—Kevin Blocker
Marle Worm Growers is located on a 3-acre site at the owners’ property in Otis Orchards.

Vermiculture isn’t about getting business off the ground. It’s about keeping worms in it.

Eight years ago, Jeff Wood, of Otis Orchards, seeking to leave the hectic profession of commercial real estate, decided to assume a business that was first started by a friend.

“It’s a lot of work, so much that he decided not to keep it,” Wood says.

With no formal education in agronomy, Wood has helped build Marle Worm Growers, at 24411 E. Joseph, into a relatively formidable organic growing operation.

Through his own research and consultation with organic growers in the Inland Northwest, including the Spokane Master Composters & Recyclers Program, Wood says he’s learned to earn an income as a vermiculturist.

Marle Worm Growers specializes in vermiculture, which involves the process of using worms to decompose organic food waste, which turns the waste into a nutrient-rich fertilizer capable of sustaining plant growth without the use of pesticides.

“It helps save water, landfills, energy, and helps rebuild the soil,” Wood says.

Wood is a co-owner in the business with his wife, Amy Wood; father, Les Wood; and sister, Kimberly Julian. They run the business on 3 acres of property, which also includes their residence, just west of the State Line exit at Interstate 90 and north of the freeway.

Marle Worm Growers is in its third location since the business formed seven years ago. The name Marle is a blend of Les’ name and his late wife Marilyn, who died in 2003. In addition to the owners, the business has two other employees, who aren’t related.

“We just kept running out of room at other sites and finally decided to move it all onto the property. If you’re going to run your own business, then try to run it out of your home because you have to put 100 percent in it to make it work,” Wood says.

Wood declines to divulge specific revenue figures. However, he says the business currently generates several hundreds of thousands of dollars in annual revenue.

“Every year for the first five years, we doubled our income,” he says.

The majority of the business is run out of a 3,000-square-foot shop that serves as the breeding grounds for two species of composting worms, named red wigglers and European nightcrawlers. A row of six incubators is used to the grow worms.

The company grows and sells the worms to residential gardeners, commercial and organic growers, and also has found a following with the area marijuana growers, he says.

“We grow and sell them, including worm castings,” Wood says. Castings, which is the waste generated by the worms, is essentially “high-powered fertilizer,” he says.

Wood says he collects anywhere from 3,000 pounds to 10,000 pounds per week of leftover food waste from Spokane-area food banks.

Grass clippings, leaves, and mulch are ideal for vermiculture, he says.

Vermicomposting is intended to improve soil structure, the soil’s texture, and increases its ability to hold water. Marle Worm Growers sells the fertilizer from worm waste to customers. Worms help produce topsoil and help the environment by decomposing organic material, he says.

Marle Worm Growers offers delivery to its customers and has several available shipping options to customers. The company also has a small laboratory for completing basic soil tests if customers are interested.

Wood says not only was he becoming burned out on commercial real estate, but he and Amy have a son, Zac, who is autistic.

“We wanted to be able to have a business set up for him where he could work, and that wasn’t going to happen in real estate,” Wood says.

He adds, “This venture has turned out to be a perfect fit for all of us. It really is a family business.”