Some make necessary adjustments to maintain business in weak economy 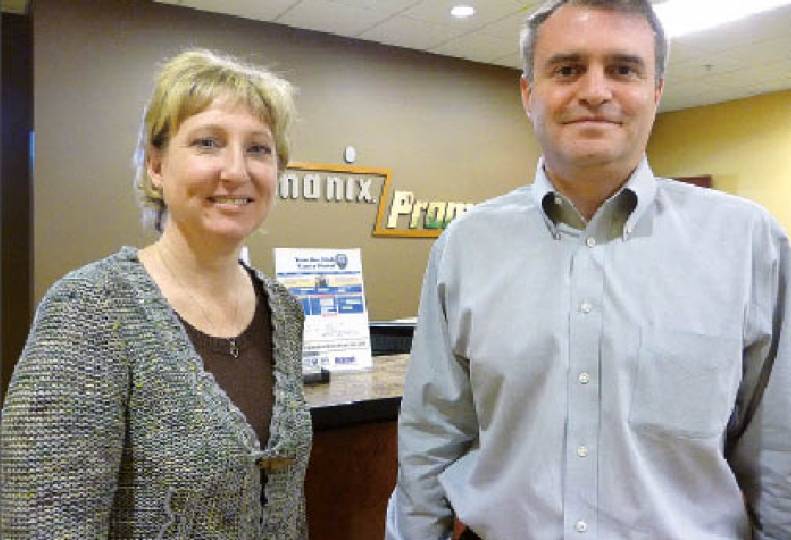 Temporary-help agencies here say they're seeing an encouraging increase in demand for the contract laborers they provide, though levels of optimism among those in the industry vary.

Meanwhile, such companies say they're adapting to the lagging economy by competing in ways that are new to them.

"Contract and temporary labor is always at the tip of the spear during recovery times, as companies need help but hesitate to hire" permanent employees, says Thane Meads, director of operations at Dynamic Recruiting, of Spokane. Both temporary labor and contract labor are short-term employees who find work through an agency, but the term "contract labor" usually describes more technical or professional workers, such as accountants, engineers, and those in information technology, Meads says.

"The last quarter of 2009 was more profitable for us than the three before it, and the first month of 2010 has already outstripped that quarter," Meads says. "We are definitely seeing an uptick in all aspects of our business."

The temporary-help and contract-labor industry is thought to be a barometer of economic activity in a region, because employers often use such workers to ramp up operations quickly to respond to growing demand for their products and services without committing to hiring additional permanent employees.

Also, the office workers it has placed more often are entry level, or support people, rather than higher-skilled or management-type workers.

Nelson predicts the gains Humanix has seen in placements in recent months will continue, though she and Qualley add that it's too early to forecast the strength of that future growth.

"We've had little sputters of pickups" in temporary-help hiring, Droz says. "You get a good week, and then you'll get a bad week."

He adds, "It's bouncing around so much, it's hard to know whether there's a trend that's forming or not."

Still, Droz says, Manpower's data have shown that temporary workers have been getting longer assignments these days. "They're getting stuff that's lasting a couple weeks" versus "one day of moving boxes," he says. "We're getting better quality of assignments."

That's not to say the industry has returned to health, Droz says. "I've been doing this for 17 years, and I've never seen anything like it (the current downturn)," he says. "We're just wounded here."

Droz says if an employer has a job become available, temporary or otherwise, it might have several employment agencies seeking to help fill the post.

"That's not a good balance," he says. "We're all scrapping over the same jobs."

The Spokane branch of LF Staffing, a unit of Palm Beach Gardens, Fla.-based Labor Finder International Inc., had its best quarter ever in the fourth quarter of 2009, says Chaz Donovan, branch manager. Donavan says he expects this quarter to be slower, but for temporary-help placements to start increasing again in March or April.

A year ago, LF Staffing changed its business model to focus more on providing temporary workers in professional office positions, rather than the day labor it had focused on before, he says.

The agency has served the administrative, agricultural, light industrial, hospitality, retail, skilled construction, and mining industries, but since the recession, has moved away from light industrial somewhat, due to that sector's vulnerability.

Humanix says companies are seeking more labor flexibility in today's economic environment, and are taking their time before hiring higher-wage employees who have certain skill sets and experience. When companies need the help of high-skilled, experienced workers, many now prefer to contract with consultants rather than hire.

"We see ourselves working more as connectors between the two," Nelson says. If the two sides like the fit, a permanent hire might become a more desirable option, adds Qualley.

Meads, of Dynamic Recruiting, says last year was a slow year for hiring, "as most of our established clients either cut staff or put in place hiring freezes. Now that the economic climate is starting to turn around, I think that companies are starting to face the reality that they have work that needs to get done."

He says the company is seeing more direct placements, but most employers are still hesitant to hire full-time staff until they feel they can afford to have those workers with them for the long term.

"In this climate, temporary or contract staffing is an ideal way to test the waters, get the work that needs to be done, done, and still have the flexibility to cut back if the market swings again," Meads says.

He says Dynamic Recruiting has survived the harsh market conditions of last year and earlier by diversifying.

"We targeted new business with firms that were recipients of stimulus funding," he says. "We also aggressively expanded our business in temporary staffing for everything from unskilled and semi-skilled labor to highly-skilled and technically-talented contract labor. Our outsourced human resources and recruiting services have also gained traction as companies look to save costs and burdens."

Droz, of Manpower, says more temporary workers will be getting work once regular workers see their hours increase more.

"Until then, companies aren't going to bring any temps in," Droz says.

Manpower focuses on industrial employment, which accounts for about 73 percent of its volume, and to a lesser extent on office or clerical work, which makes up 19 percent of its business. The remainder is professional or technical employment, but the company would like to increase that percentage, Droz says.

The company was 75 percent manufacturing when the downturn in the economy hit.

He says he's seen some changes made by temporary-help agencies.

"Everyone in the staffing industry is laying off staff," Droz says. "We don't have the capacity to take as many applications as before. But then there aren't the jobs either.

Manpower has been closing offices in some places. "Everybody is cut down to the bare bones at this point," Droz says.