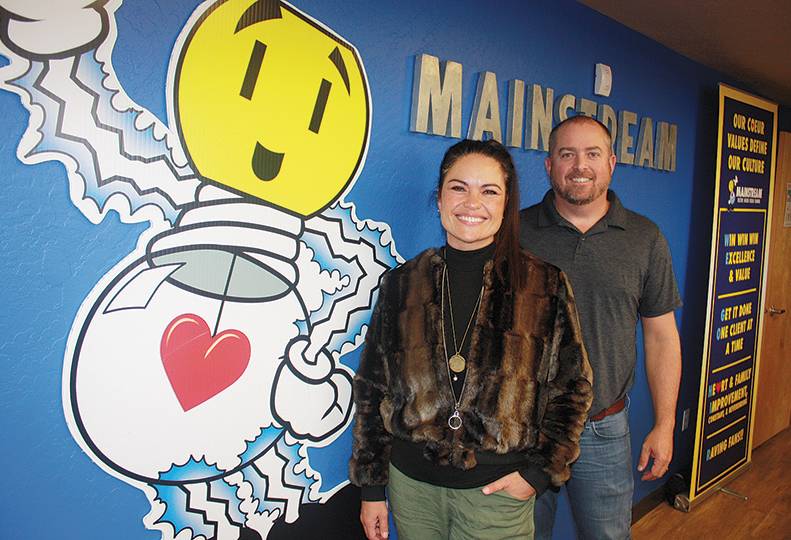 -File
Elaine and Todd Damschen have sold an interest in Mainstream Electric as the Spokane Valley-based company becomes part a of larger network.

The transaction was completed Jan. 11. The Damschens decline to disclose the terms of the transaction, except to say that as part of the transaction, the couple now are part owners of Radiant’s operations in Austin and in San Antonio, Texas, as well as Done Service Group Inc., doing business as Done Plumbing & Heating, in Denver.

“We were familiar with them through an organization that we’re with called Nexstar Network, a best-practices group,” he says. “Within that circle, we heard a lot of great things about their company. We’d already known the owners, Brad and Sarah, for 10 or 11 years, and we’d always been impressed with the company, so when we heard the direction they were going, we thought, ‘maybe that’s something we want to be a part of.’”

Elaine Damschen says Mainstream, which is based at 12822 E. Indiana in Spokane Valley, already has been sharing best practices and marketing ideas with other businesses in Radiant’s network.

“Our plumbing manager flew down to Austin last week and spent three days to not only learn from service managers (based) in Austin and in Denver, but then also to teach them things we’re doing at Mainstream that are successful,” she says.

Despite the changes in titles, she contends, “We’re doing the exact same roles we have been for 22 years.”

Most operations at Mainstream haven’t changed since the transaction went through, Todd Damschen says.

Mainstream has 80 employees in total.