New CEO has worn many hats during 12-year tenure 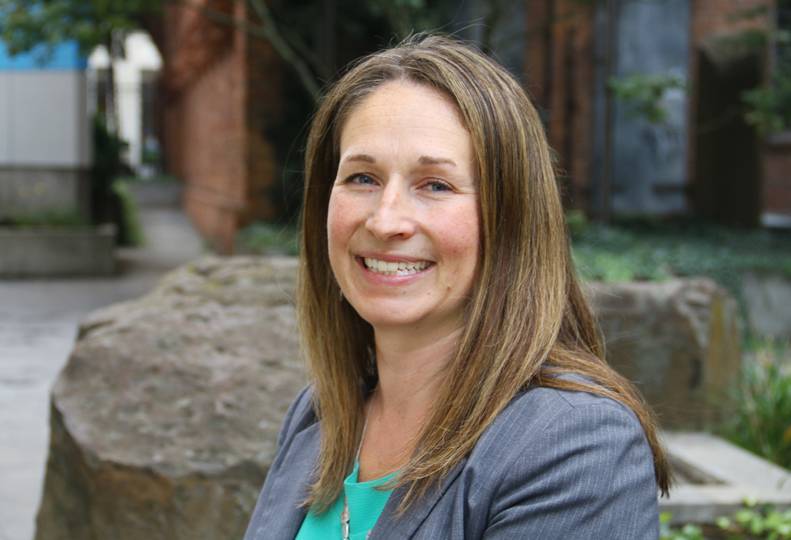 -Kevin Blocker
Greater Spokane Incorporated CEO Alisha Benson says the organization is prepared to invest more in economic development in the near future.

Alisha Benson served briefly as interim president and CEO for Greater Spokane Incorporated after Rich Hadley retired and Steve Stevens succeeded him in 2014.

She again sat for a spell in the captain’s chair after Stevens left in late 2015 and Todd Mielke was appointed in early 2016.

Hadley had the position for just a little more than two decades, both when it operated exclusively as a chamber and after its transition from the combined entity in the mid-2000s. Before that, only three men had ever held the top position at the chamber, dating back to the late 1880s, according to the organization’s records.

“It feels like a great fit,” Benson says of the head job. “I love the work this organization does. You’re able to think about how you can help build this community.”

She gave credit to her most immediate predecessors for putting GSI in the position it occupies in the business community today.

“I can’t speak to everybody’s motivations,” Benson says of the short stints of Stevens and Mielke. “But they’ve each left footprints and impacts on the organization and community.”

Of Mielke, she adds that after the last 3 1/2 years under his leadership, “we’re in a much different place than when he joined us. We have a clear foundation and a path of what we need to do.”

At the top of the organization’s to-do-list now is working on an effort that would allow Spokane County to keep a portion of generated sales tax revenues specifically for economic development efforts here.

Due to its population size, Spokane is one of nine counties in the state with an urban designation. Under current state law, only counties with a rural designation are allowed to keep .09% of yearly sales tax revenue for economic development purposes.

GSI and some member businesses want to lobby the Legislature to include border counties among those allowed to keep .09% of their annual sales tax revenues.

Benson says it could mean up to $10 million a year toward economic development efforts here. She says Spokane and Kootenai Counties are frequently competing against each other for outside business.

Spokane County often loses out to Kootenai County because the “perception” is that it’s more affordable to do business in Idaho than Washington.

Michelle Hege, president and CEO of Spokane-based public relations and advertising agency DH, will take over as chairwoman of GSI’s board in January. She believes Benson’s leadership style will be helpful in the local and legislative efforts.

“I’ve known Alisha and worked with her for many years,” Hege says. “She’s a strong leader and greatly admired. But she’s masterful as a convener and a collaborator. She can bring people together and get things done.”

In the meantime, Benson says local investors and businesses, many of whom are among GSI’s 900-plus member base, have pledged $1.4 million over the next four years exclusively for economic developments here.

“There’s a recognition that we need to double down on how we’re supporting the business community and the surrounding infrastructure of our region,” she says.

As part of GSI’s continued marketing effort of Spokane, the organization spent the last 1 ½ years revamping the website Advantage Spokane (www.advantagespokane.com), which will be used to target businesses considering relocating here.

“This website brings all of what you need to know under one roof,” Benson says. “The goal is to make the website a virtual gateway into our community.”

Benson says GSI worked with more than a dozen other businesses and organizations to improve the website, which contains the kind of specific economic information about the region that outside business owners look for.

Born in Duluth, Minnesota, Benson was raised in Clancy, Montana. After graduating from Washington State University, she returned to her home state with her husband for a few years before they decided to move to Spokane.

Nov. 1 marks their 12-year anniversary here, and GSI has been her only employer here.

“I started out as membership director manager and have worked my way through the organization,” she says.

“I’m a good title collector here at GSI,” Benson says with a laugh.

Benson says she’s excited about the region’s future. She says the economy has never looked better than it has since she first moved here.

“I think it’s an exciting time, and the organization is in a really great position,” she says. “There’s so much growth; there’s so much energy across the region.”