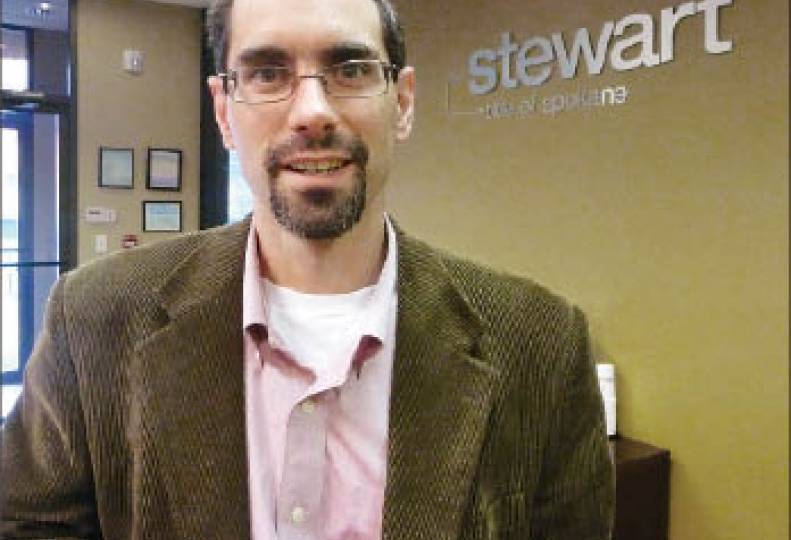 As the housing industry goes, so goes the title insurance industry, and with the big slump in home sales both here and nationally, companies here that provide title insurance have had to weather a difficult storm along with the sector they serve.

When home sales began to fall in 2008, title insurers here were forced to cut back to adapt to the lower sales volume. Some shut down offices, and most reduced staff. Those in the industry say that retrenching is mostly over now, and business is starting to improve.

"2008 was our adjustment year; we had to make expense adjustments," says Anthony Carollo, president of Stewart Title of Spokane LLC. "That made 2009 a much better year than 2008. Those that didn't (adjust) had a more difficult 2009. "

Title insurers research the legal ownership of real property, typically when a property is changing hands or is being refinanced, and sell an insurance policy that protects the property owner or buyer, as well as the lender, from loss if an ownership dispute arises later.

Carollo says approximately $760, plus tax, is about what a seller pays for a policy that protects a buyer on a home that costs about $200,000. That amount is among a host of closing costs buyers incur when purchasing a home.

Although business volume at Stewart Title was better last year than in 2008, it still was lower than normal, Carollo says. He says the federal stimulus program that has provided a tax credit to first-time home buyers helped prop up the second half of 2009 for title companies, along with other industries that rely on the housing sector. That credit, which was extended late last year, is set to expire in April.

As for 2010, Carollo says he remains cautiously optimistic.

North Idaho Title, which has offices in Coeur d'Alene and Sandpoint, also saw an uptick in 2009 after a rough 2008, says company President Rick Brown.

"We trimmed a lot of expenses in the personnel side," Brown says.

He says the company started making cuts in the second quarter of 2008, to ensure the business would be running lean through the downturn in the housing market.

The Coeur d'Alene office, located at 601 E. Front, went from 45 employees in 2008 down to 25, where it stands currently. North Idaho Title has a much smaller office in Sandpoint, located at 418 N. Third there, he says.

Spokane County Title cut about one-third of its staff in late 2008, when business slowed sharply, McDonald says. It hired back about half of those employees as business picked up last year, he says.

The company has about 50 employees, and operates branches downtown, on the North Side, and in Spokane Valley. It is owned by brothers John and Joe Schreiner.

Jeremy Yohe, a spokesman for the Washington, D.C.-based American Land Title Association (ALTA), which represents title insurance companies and agents nationwide on industry and legislative issues, says that while profits in the industry deteriorated significantly in 2007 and 2008, the trend improved modestly in the second half of 2009.

Yohe says the association expects title insurance premium revenues for 2009 to be comparable to 2008, which was just above $10 billion. In 2007, the title insurance industry generated about $14.2 billion in premiums, he says.

"It's not clear, however, if we'll bump along the bottom of the cycle awhile longer or start to improve more rapidly," Yohe says. "We probably aren't growing fast enough to make a real dent in the 10 percent jobless rate any time soon, and we need job growth if we want the housing markets to recover. The companies that reacted quickly and swiftly when the market crashed should be seeing the benefits of the difficult decisions made when cuts had to be made."

Yohe says if the economy continues to improve, the association expects to see some title agencies begin to hire again this year.

North Idaho Title's Brown, who oversees a total of six offices in Idaho, Montana, and Wyoming, says refinancing volume has been growing this year, while home sales have been flat. He says the business is seeing more distressed sales and what are called short sales, in which banks sell homes they've gotten back for less than what they're owed.

Sales "will likely be flat in 2010, depending on what (mortgage) rates do," Brown says. "Decent rates will mean a decent year."

One statistic he follows is what he calls "available insured transactions," which is a number that tracks the total business available to title companies. From that statistic, Brown says he sees a "pretty good pipeline" of business coming.

Meanwhile, though, he says he sees underwriters that title companies use to provide title insurance policies being more cautious about what they'll allow and using more stringent underwriting criteria. The underwriters are reacting to increasing frequency of fraud forgery in property documents, Brown says.

When the downturn in the market came, Stewart Title of Spokane had to close two offices and cut staff, Carollo says.

"We closed two of our four offices in Spokane as part of that correction," he says, adding that the company still operates offices at 606 W. Third and 8225 N. Division and employs 24 people here, down about 10 workers compared with 2008.

He says he hopes the federal tax credit that boosted business in 2009 and is set to expire in April will be extended. "A large portion of the recovery is due to that tax credit," Carollo says.

Stewart Title gets the bulk of its business from home sales, rather than refinancings, he says, adding, "Closed sales are critical to us."

Carollo points out that the number of home sales here fell 5 percent in 2009, but made up a lot of ground in the second half considering that sales during the first half of the year were down nearly 23 percent from the year-earlier period, according to the Spokane Association of Realtors.

"The sales market is our bread and butter," he says. "If interest rates stay down, that's good."