Fintech startup here said to be moving to commercialization 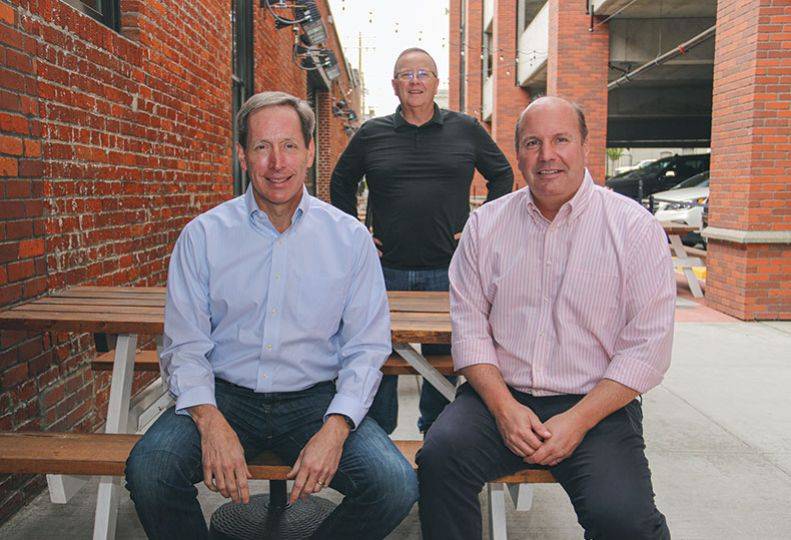 -—File
From left to right, Steve Helmbrecht, Ed Barrie, and Nathan Brown are shown in this photo from 2021, shortly after launching Treasury4 Inc.

Treasury4 Inc., a Spokane-based fintech startup formed last year, has secured more than $3.5 million so far in its second round of fundraising, which will be used to launch the commercialization phase of the company’s software products.

Nathan Brown, co-founder and chief analytics officer of Treasury4, says the company launched its latest funding round on Oct. 26. The round will be completed Jan. 24, so additional investment in that round is possible, he says.

Investors include the Kickstart seed fund and Cowles Ventures LLC. Treasury4 has put together a total of about $8 million in funds since the company was founded, Brown says, adding that most of the investors in the second round of funding also contributed to the first funding round, which was held last year.

The founders describe Treasury4 as a software platform that helps corporations manage treasury operations. They liken a corporate treasury to a central bank of a corporation.

“The target market is professionals in corporate finance and corporate treasury,” Brown says. “It’s a bit of a niche market. It’s not something that an individual is going to go find on the app store.”

Treasury4 is targeting companies with complex needs, which are defined as companies that can handle two to 10-plus different currencies from customers, include more than four legal entities, and participate in activity such as mergers and acquisitions. Those types of companies typically have annual revenue of between $50 million and more than $1 billion, but Brown says smaller companies can have needs complex enough to hire Treasury4.

Brown says that Treasury4 has pivoted from market validation to commercialization. He confirms that the company is generating revenue, though he declines to disclose figures.

“We have a handful of customers that are using them to great effect, and the reviews are positive,” Brown says. “We’re starting to broaden our reach beyond early adopter customers.”

To serve more customers, Treasury4 plans to hire about 10 employees over the next year. The company currently has 25 employees, 21 of whom are based in Spokane.

“We’re not planning to double the company over the next year or anything like that, but we have some strategic hiring plans we’re trying to execute,” Brown says.

He says Treasury4 sells to one company at a time.

“We’re not trying to bring in dozens of customers every day,” Brown says. “We work closely with a prospective customer to help them understand the value we’re creating.”

“Entity4 is a little further along; Cash4 is still in the minimum-viable product stage,” Brown says. “We have customers that are using both of those.”

Other modules under development include Payments4, a secure payments platform for data-heavy transactions, a foreign currency exchange management system called Forex4, and a tool called Forecast4 for managing and improving short-term treasury forecasts.

Brown says the company is responsive to customer needs and typically aims to get a new customer working with Treasury4’s products within days to weeks.

“We’re actively seeking feedback on … what additional features and functionality are important to our customers,” Brown says. “We’ve already made some modifications.”

As an example, Brown says Treasury4 fielded a request from a Silicon Valley technology company for a new feature. Treasury4 had already been planning to create the new feature but moved the development timeline up by about a year to accommodate the tech company’s desire.