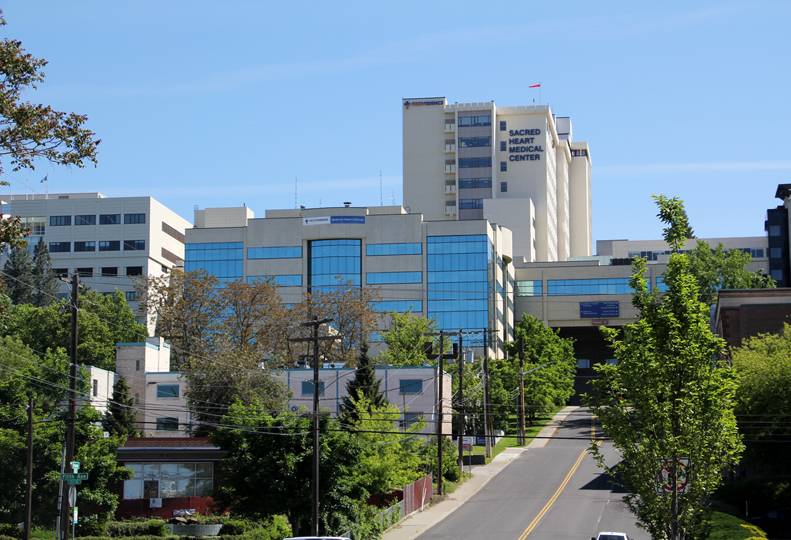 -KEVIN BLOCKER
Providence Health Care had lost more than $75 million in revenue through mid-May, according to one executive. 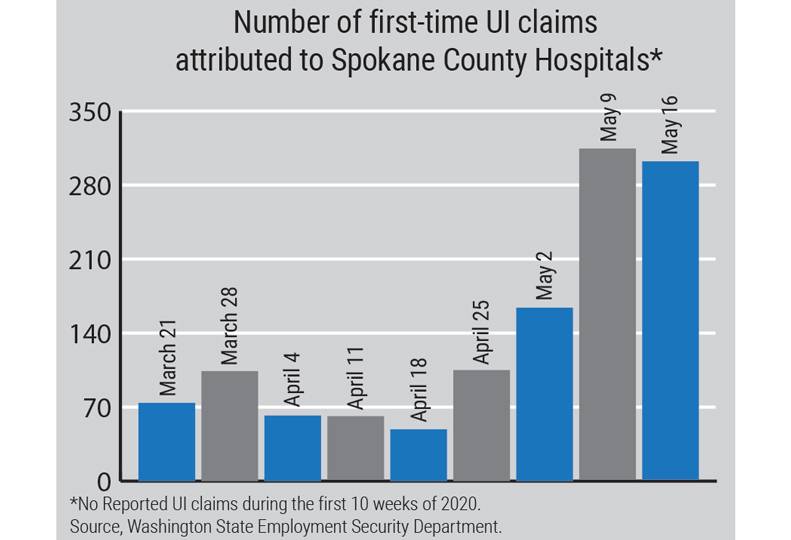 The economic effect of the COVID-19 pandemic on the health care sector has been as uneven as a Spokane street in the middle of winter.

In hospitals, where it would seem a pandemic would deliver unprecedented job security, just the opposite has happened.

Through mid-May, Providence Health Care has lost more than $75 million in operating revenue due to COVID-19, according to Providence chief financial officer Shelby Stokoe.

Looking forward, Providence is estimating a revenue uptick during the summer months and thinks it can run between 5% to 10% below budget from September through December, Stokoe asserts.

The organization has enough personal protective equipment to keep caregivers and patients safe and continues to reschedule nonemergent surgeries and procedures, she says.

“We’ve secured some relief in the form of grants and loans via the federal CARES Act, along with advance payments from Medicare,” Stokoe says in an email to the Journal.

She says Providence is “grateful” to Congress and the Trump administration for the additional funding sources through the Coronavirus Aid, Relief, and Economic Security Act, but concludes, “These funds will not fully replace the dramatic shortfall in revenue we’re challenged with.”

In an effort to reduce revenue deficits, executive salaries have been cut anywhere between 10% to 50% for the rest of the year.

Providence has furloughed workers, many of whom occupied positions that didn’t involve interacting with patients, Stokoe says.

In Coeur d’Alene, Kim Webb, the chief financial officer at Kootenai Health, says the organization is operating at 90% of its normal volume and hopes to break even in 2020, she says.

Kootenai Health is down roughly $12.5 million in revenue due to the upheaval presented by COVID-19.

“In the past, we have consistently exceeded our annual budget goals,” Webb says in an email to the Journal. “So, this is a very unusual time for us because we lost money in March, April, and May, and expect probably the same in June.”

Hospitals have particularly been hit hard in the midst of the pandemic, as was recently assessed in a May 15 article published in the British Journal of Surgery.

The CovidSurg Collaborative, a recently formed international group of doctors and physicians, projects that 28.4 million elective surgeries worldwide will be canceled or postponed in 2020. Such surgeries provide significant revenue for hospitals. Researchers collected information from surgeons in 359 hospitals in 71 countries, according to the report.

Based on information gathered from participating nations during a 12-week span, the group projects that less than 30% of previously scheduled elective surgeries will occur this year.

In the U.S., the CovidSurg Collaborative estimates that more than 4 million surgeries were canceled during the 12 weeks of data collection.

Locally, the effects of diminished revenue are reflected in the last three weeks of initial unemployment claims marked “hospital” by the Washington state Employment Security Department.

Despite record unemployment across Washington, an official with Premera Blue Cross, the state’s largest health insurer, says the organization hasn’t seen a “massive drop” in enrollment.

Premera hasn’t furloughed any employees since the onset of the pandemic. Based in Mountlake Terrace, Washington, 14 miles north of downtown Seattle, Premera has more than 3,200 employees, with close to 700 of them in Spokane. Its Spokane headquarters are located at 3900 E. Sprague.

“Our enrollment isn’t that different than it was in February, but that could still be in front of us,” he says of a potential exodus of plan participants.

Premera provides health benefits to nearly 2 million people, including more than 260,000 in Eastern Washington and Kootenai County. Premera is hoping it can break even in 2020.

“For us, I think you might be able to call that a win in this environment,” Akers says.

Entering 2020, the organization budgeted to “make a small margin,” an amount of roughly $40 million, Akers says.

“On the operating line, we will hit that target,” he says. “But for the total corporate balance sheet, we will struggle to break even.”

David Condon, Premera’s vice president of Eastern Washington, says the organization still plans to continue building on its telehealth initiatives and construct two Vivacity Care Centers – one in Spokane and the other in Spokane Valley.

“With the clinics, it’s part of a long-term strategy, and they’re still on track,” Condon says.

Says Akers “It’s still our goal to grow in Eastern Washington and to gain more market share, particularly in the insured market.”

In response to COVID-19, Akers says Premera is working to develop new strategies to attract potential customers, as well as looking to develop new products and services that might more effectively benefit customers during the current economic downturn.

“We want to do the best we can to stabilize the market,” Akers says.

Premera has waived cost shares and deductibles for COVID-19 tests and related office visits and ended prior authorization requirements on COVID-19 treatment.

“We’re doing things like extending the grace periods for people to pay the premiums because a lot of small businesses are making decisions around payroll and rent,” Akers says. “We want to give them as much room and space to do what they need to do in order to keep their business going.”