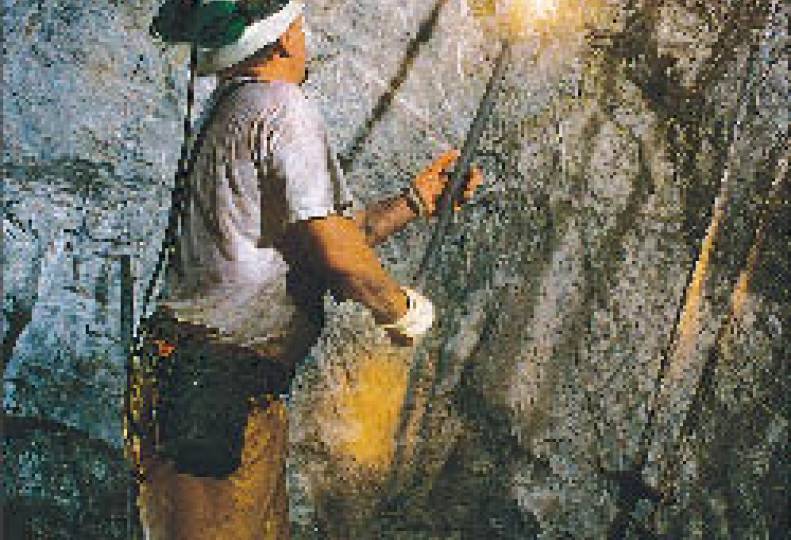 Earlier this month, Hecla Mining Co. announced that its silver production had jumped 26 percent in 2009 and that surging cash flows had left the Coeur d'Alene-based company with zero debt and $100 million in cash on hand. What a difference a year can make.

In late 2008, Hecla was struggling mightily. The venerable silver producer was scrambling to refinance debt from an acquisition valued at three-quarters of a billion dollars, and to do that amidst a national collapse in the credit markets and plummeting metals prices. Hecla's stock price had fallen to about a buck a share, and its banks had demanded it hire what's called a chief restructuring officer.

"We were two days away from default," recalls Phillips S. Baker Jr., president and CEO of the 119-year-old company.

But the story of how Hecla got to that point, and how it survived, began months earlier, in the spring of 2008. That's when the company completed its acquisition of the remaining 70 percent of the big Greens Creek mine, in Alaska, that it didn't already own. Hecla agreed to pay its partner there, a unit of London-based giant Rio Tinto plc, $750 million for its stake in the mine, on Admiralty Island, including $700 million in cash and $50 million in common stock.

At the time, metals prices were soaring, with silver at a 25-year high and prices for lead and zinc, two important by-products for Hecla, also were strong. The Greens Creek acquisition would roughly double Hecla's silver output and make it the largest producer of silver in the U.S. To fund the purchase, Hecla used $340 million in cash on hand and secured $380 million in financing from which it would pay the rest. The financing package included a $140 million three-year loan and $240 million in the form of a bridge loan due in just six months.

Hecla said at the time that with the strong metals prices, its properties could produce enough cash flow to pay off all that debt within three years. It was a plan, Baker says now, that should have worked, and would have worked had it not been for the U.S. financial crisis that began to unfold that summer.

In July, just as Hecla was about to go on the road to promote a possible bond sale to pay off the bridge loan, says Baker, one of the first big signs of things to come appeared—the federal government announced it might need to take over Fannie Mae and Freddie Mac, which were being pummeled by mortgage foreclosures. With that news, and increasing uncertainty in the financial world, Hecla decided to wait until September to raise money, still knowing that its $240 million bridge loan was due in October.

In September, with the debt market drying up, Hecla looked to the equity market for capital. Baker says Hecla never intended to use equity to fund the Greens Creek acquisition, but the shifting landscape of the financing industry changed that strategy.

"We were in the middle of a hurricane," he says. "We were saying, woe is us, but little did we know."

Still, in October Hecla made a $200 million bridge-loan payment, supplementing its stock sale with cash on hand, and was able to extend the maturity date on the remaining $40 million to February.

It also had made a scheduled $18.3 million payment on its term loan in September, reducing that debt to about $122 million. Though nearby deadlines had been met, Hecla still owed about $162 million between the two loans, and was looking ahead to the next big payments and was becoming more concerned about cash flow and the state of its industry and the economy.

Silver prices had fallen to half what they were the previous winter, and lead and zinc were selling for about 20 percent of what they had been months earlier, Baker recalls. Mining costs, meanwhile, were rising, as were interest expenses. Hecla's cash hoard was down to about $82 million going into the fourth quarter, compared with $400 million at the end of 2007.

Baker says he was very uneasy about the job cuts because Hecla still needed to mine and process ore to keep cash flowing. It chose to make all of its job cuts in exploration and at its headquarters office, including executives at the vice president level.

In December, Hecla offered to sell more stock, and also persuaded its lenders to postpone to February a scheduled term loan payment of $18.3 million. In exchange, it agreed to provide more assets for collateral, pay a higher interest rate, and submit a long-term financial plan to the lenders.

The plan bought Hecla time to figure out how to meet its new February debt deadlines without cutting imprudently into its dwindling cash reserves.

"You really wanted to husband the cash you had," says Baker. "I never was concerned that it (the metals market) wouldn't come back. I knew we had low-cost properties, and that although the banks were squeezing us, they were squeezing others harder."

Also, despite the economy and despite the fact that Hecla was needing to water down shareholder equity by selling more shares, investors remained interested in its new offerings, he says. He says certain investors always are interested in precious metals and in a New York Stock Exchange-listed company with good trading volume and a long history.

"We raised $21 million on the day we hired a (lender-mandated) restructuring chief," Baker says. "He told us that in all the years he had been doing this, he'd never seen a company he was coming in to restructure do that."

Still, Hecla ended the year with a loss of more than $80 million, and, after a quarter in which its cash flow was a negative $8.2 million, its cash on hand at the end of the year was down to $36.5 million.

In early February, Hecla reached another agreement with its lenders. This time, its lenders agreed to reschedule all of Hecla's 2009 debt payments to 2010 and 2011. In return, Hecla agreed to raise an additional $50 million in equity or subordinated debt and to repay the remaining $40 million bridge loan on time. The company quickly raised about $71 million in equity, and paid off the bridge loan, leaving it with long-term debt of about $113 million, but with no payments due in 2009.

By late spring, metals prices were rebounding, and Hecla's cash flow was improving. Though no loan payments were due right away, Hecla raised more equity capital in June, this time through a $60 million private placement of stock, and used the funds to pay down its term loan to $38 million. Paying down that debt early loosened loan covenants that had restricted Hecla's capital spending, and eliminated the requirement that it employ a chief restructuring officer.

Cash flows continued to grow, and at the end of the second quarter, Hecla had $57.4 million in the bank.

By October, Hecla had fully rebounded. It paid off the remaining $38 million in debt, and was able to secure a $60 million revolving line of credit that it said it had no plans to tap in the immediate future.

Hecla won't release its fourth-quarter and annual 2009 earnings until next month, but the company said recently that it ended the year with $100 million in cash. That means that since it started the fourth quarter with $84 million in cash and paid down $38 million in debt, it generated roughly $54 million in cash flow for the quarter.

"The change that has occurred in the company is phenomenal," Baker says.

Looking ahead, he says Hecla will look for acquisitions, hoping to add to the two operating properties it has now—Greens Creek and the venerable Lucky Friday mine located near Mullan, Idaho.

Hecla is considering expanding the Lucky Friday, although a formal development decision won't be made until sometime in the second quarter. It has signaled its optimism about the deep mine. The company is considering construction of a new shaft that would deepen the mine, opening up veins that have shown long-term promise from exploratory drilling.