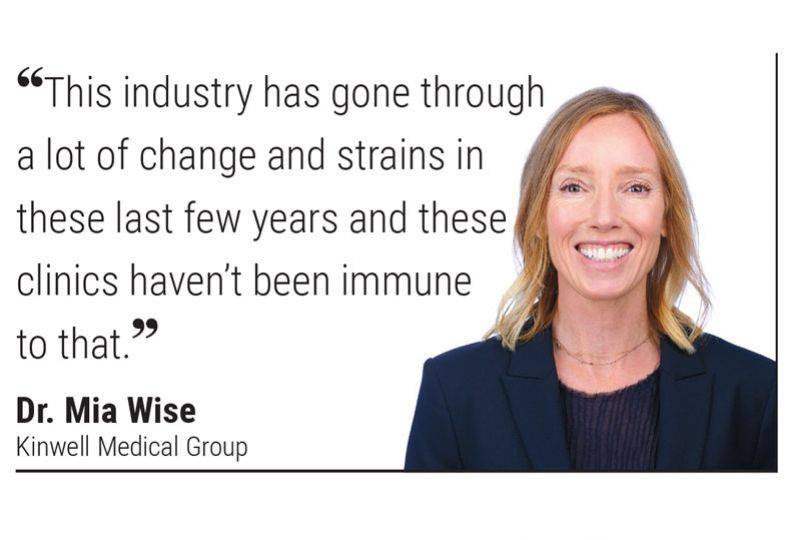 The fourth clinic in Spokane opened as recently as 2021, and in the same year, Kinwell Medical Group began operating as an exclusive primary care provider for Premera.

The two organizations later announced a partnership to take over clinic operations, “to really improve access to primary care in Washington for our members,” Wise says.

The goal of the transition is to improve gaps in access to timely primary care.

“Access to high-quality primary care is a concern we hear constantly from our members. It shouldn’t take months to get an appointment with your doctor,” said David Condon, vice president for Eastern Washington at Premera Blue Cross, in a press release. “This is why our partnership with Kinwell is so critical. Our members can get in to see a Kinwell clinician within days — sometimes on the same day they call. This is the type of experience we want for our members in Spokane and across the state.”

Wise says the rebranding initiative between Vivacity and Kinwell will primarily involve behind-the-scenes updates focused on training and recruiting staff, installing a new electronic medical records system and a new patient portal, and simple upgrades to the physical buildings.

Wise declines to disclose the costs of the tenant improvements.

“This industry has gone through a lot of change and strains in these last few years and these clinics haven’t been immune to that,” says Wise. “So, we wanted to focus on the people part of the transition, as shifting work from one leadership team to another can cause some uncertainty.”

“We know it’s a challenge and we know this transition puts a strain on the team that’s trying to maintain (patient) access and we’re busy recruiting and building out our teams to stay ahead of demand,” she adds.

Since the clinics are relatively new, Wise says only new paint and signage are needed for the buildings.

Improvements at the North Country Homes clinic began mid-September, with updates at the Spokane Valley clinic planned near the end of the month. In early October, the clinic at Sixth Avenue and Washington Street will be updated, followed by the clinic located at Division Street and Mission Avenue in late fall.

Each of the buildings will close for up to a week while the records system is installed, staff are trained offsite, and new paint is added.

She says she expects demand for care to continue to grow for the company and clinics are planned to open in communities across Washington state.

In addition to operating as an exclusive provider for Premera members, Kinwell Medical Group will serve LifeWise Health Plan of Washington and BlueCard holders.

The first two of Kinwell’s clinics opened in late 2021 in Yakima, and Wenatchee, Washington. Wise says by the end of the year Kinwell expects to open locations in the Washington cities of Redmond, West Lake, Olympia, and Bellingham with another clinic in Federal Way planned to open in 2023.

The medical group will operate a total of 16 clinics throughout Washington state, including the four in Spokane County.