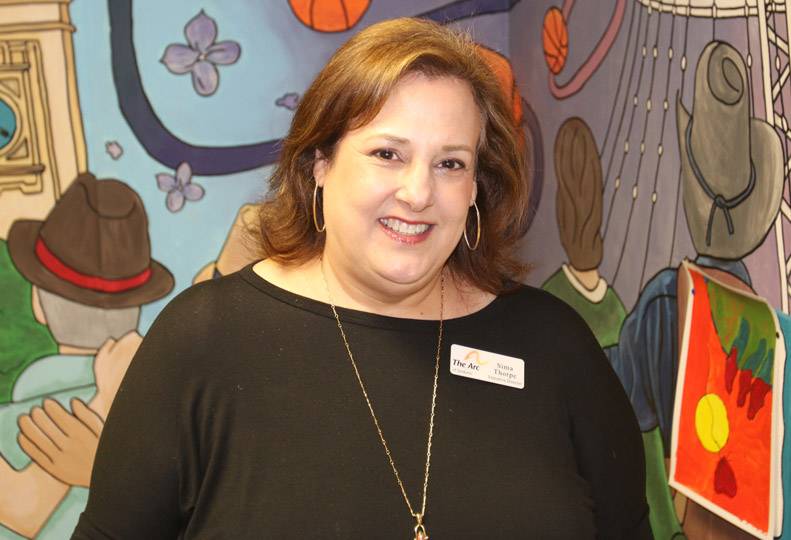 -—Kevin Blocker
The Arc of Spokane executive director Sima Thorpe says the organization is facing a $250,000 budget shortfall due to rising labor costs.

Todd Mielke, the CEO of Greater Spokane Incorporated, says a survey of its members shows a majority of respondents believe Washington state’s mandatory minimum wage increase implemented at the beginning of the year is affecting their businesses negatively.

In some cases, he says, it appears the wage hikes also are having an effect on worker morale.

Mielke says GSI, Spokane’s combined chamber of commerce and economic development council, still is compiling the results of the survey, which it sent via email to its 1,200-plus members last month.

The survey asked them if and how were they feeling the effects of the passage of Initiative 1433, which raised the statewide minimum wage to $11 per hour on Jan. 1.

Mielke says an informal tally of returned surveys shows that 70 percent of the anonymous respondents say the minimum-wage increase is having a negative effect on their business operations.

“Tenured employees feeling less valued,” he says, reading from one survey response. Mielke says lower morale is often a by-product of “wage compression,” which can occur when differences in pay among employees become reduced regardless of experience, skill level, and seniority.

“We’re a nonprofit child-care provider with fixed funding now operating at a loss,” Mielke says, reading from another survey response.

Financial steps businesses have taken to meet the mandatory wage increase include raising prices for goods and services, laying off staff, not filling vacant positions, and eliminating merit pay, he says, citing a variety of survey responses.

“There are budget deficits reported in these responses that range from $97,000 up to $1 million,” Mielke says. “There are several instances where employers say they’ve seen dissension with tenured staff.”

The Arc of Spokane, a nonprofit organization here that serves people with developmental disabilities, decided earlier this month that it will close its 3,700-square-foot Spokane Valley drop-in community center at 10814 E. Broadway, a direct result of the higher minimum wage.

“It’s impacting us in many ways,” says Sima Thorpe, executive director of the Arc, who says the nonprofit this year is facing a $250,000 shortfall due to wage increases.

The nonprofit is trying to do all it can not to cut staff and programs, but Thorpe acknowledges that is a reality facing the nonprofit. The Arc’s administrative offices are located at 320 E. Second, which also houses a 4,700-square-foot community center in the building’s lower level.

“That doesn’t mean there haven’t been layoffs. It just means that I’ve yet to have any come across my desk,” Hayes says.

Hayes says employees at many Associated Industries member businesses are above the $11 per hour minimum wage threshold, and, for now, may not be feeling the effects of the initiative.

“A lot of our members still have some time, but we think the impacts will be hardest felt in ’18, ’19 and ’20 when the minimum wage will continue to increase,” she says. “We think it will be much more impactful on businesses and organizations operating in Central and Eastern Washington.”

As for the Arc, Thorpe says the organization provides a variety of services at 14 supported living homes across Spokane County that offer round-the-clock care for people with developmental and intellectual disabilities. The Arc also operates advocacy, employment, and financial programs for its members.

“One way we’re going to help mitigate this impact is to consolidate the Spokane Valley center into the one here downtown,” she says.

She says many of the 60 clients who use the Spokane Valley center also currently use the downtown center, so closing the Valley center isn’t expected to have a significant impact on the Arc’s overall operations.

In its 2015 annual report, the Arc says it generated $7.8 million in income against $7.7 million in total expenses. The largest source of income came from government grants and contracts in the amount of $5.4 million. Administrative and general expenditures, including salaries, totaled $1.1 million.

The nonprofit is currently compiling its 2016 annual report, Thorpe says.

“I want to be careful not just to talk about consequences, because as a person that is concerned about people being able to make a livable wage, I understand this law and the desire to increase wages,” Thorpe says.

“I understand it and support that concept, but the challenge for a nonprofit organization like the Arc is that a lot of our funding streams are government based and are fixed. When the minimum goes up and those funding streams stay the same, or even decrease, then it makes it less affordable for us to provide service,” she says.

The Arc not only increased minimum wages to $11 per hour, but in an effort to remain competitive in the marketplace, increased salaries for 15 highly skilled employees, Thorpe says.

“It’s not just the base wage. It’s everybody up the food chain. We’re competing with McDonald’s for jobs that are a lot more complex to do,” she says.

“If you’re taking care of people with developmental disabilities in a supported living home, taking care of their personal needs, and doing a lot of work that takes depth of training and knowledge and understanding to do, then it’s a lot easier to go work somewhere else where you don’t have that challenge and stress for the same pay if not more,” Thorpe says.

In 2015, the Arc says 2,900 people with disabilities participated in programs the nonprofit offers.

More than 600 participated in the Arc’s financial management program and close to 100 members are employed at more than 40 local businesses.

“We’re the largest Arc in the state of Washington,” Thorpe says.

Thorpe says the Arc and its directors are actively exploring ways to diversify and create new funding streams.

“We’re working on developing a very robust resource program that is playing a very active role in increasing our fundraising efforts,” Thorpe says. The Arc generated $181,000 in donations in 2015, according to that year’s annual report.

It’s not just nonprofits like the Arc, though, that are being hit hard by the higher minimum wage.

The Spokane Club, which operates facilities in downtown Spokane and Spokane Valley, launched on March 1 a capital assessment program that will cost members an additional $25 a month, and blamed the assessment partly on changes in minimum wage and sick leave laws.

In an explanatory message to members, the club’s board said those law changes will add more than $300,000 a year to operational expenses, reducing the amount of money previously committed from operations to capital projects.

Amid a lengthy decline in membership, the club already had been struggling for a number of years to decide how best to deal with a host of deferred-maintenance issues and desired improvement projects, particularly involving its more than 100-year-old building downtown.