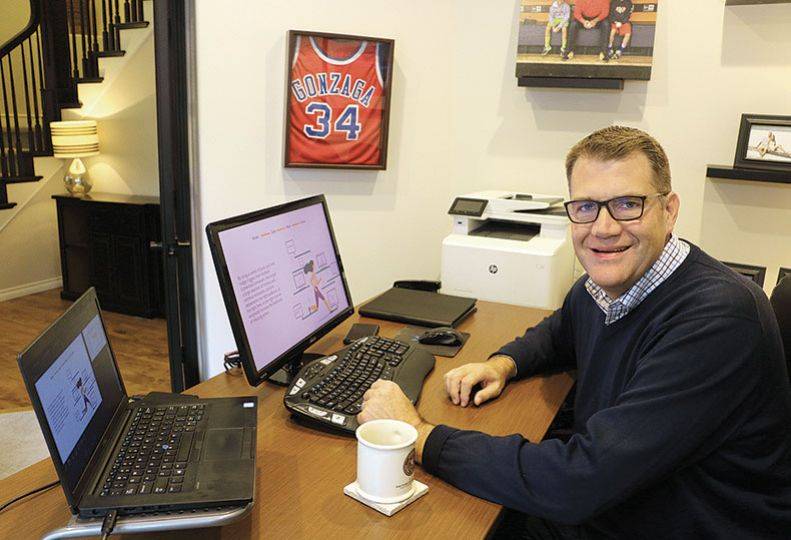 -—Mike McLean
Jeff Brown is CEO of Mivation, which is now the focus of Dark Capital. 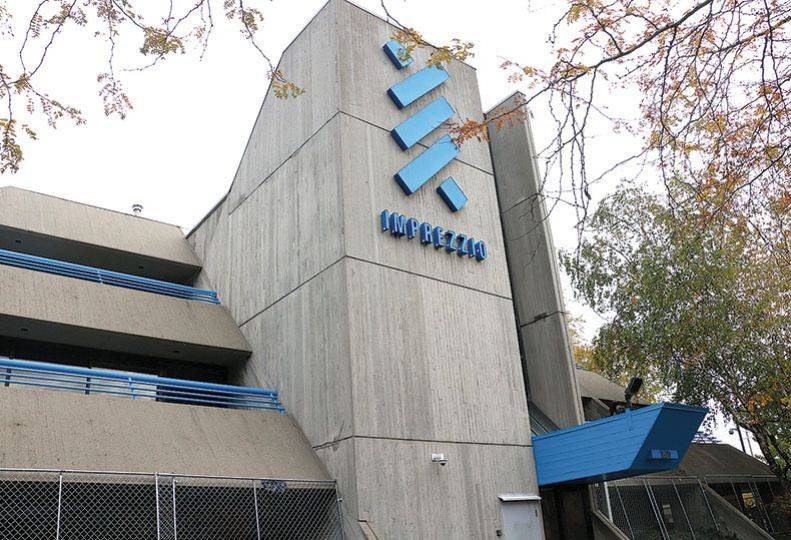 The Imprezzio building, in downtown Spokane, now sits vacant as the company shifts to a work-from-home model.

While the pyramid-shaped concrete building at 1520 W. Third on the west edge of downtown still has Imprezzio’s name on it, the company hasn’t occupied the building since the early days of COVID-19.

Imprezzio is known for proprietary, specialized software that caters largely to the insurance and financial services industries and is designed for use in areas such as contact management, sales and marketing automation, and optimized workforce distribution.

The Journal last reported in depth on the company in 2016, a year before it was named as the 2017 Best Places to Work Inland Northwest, in the medium-sized company category.

At that time, Dark Capital had over 200 employees, 75 of whom were based in Spokane.

Talarico says that Imprezzio has been transformed over the last five years into an intellectual property reselling company, and it’s no longer as big as it once was.

“We sell to companies and allow them to adapt it to their needs,” Talarico says. “We’ll help with implementation and customization, but then the branding of the product becomes whatever they want it to be.”

Talarico says Mivation was launched in 2019. The following year, COVID-19 restrictions brought about a permanent remote-work transition, he says.

“All of our employees liked the work-at-home environment,” he says.

The 31,000-square-foot building at the northeast corner of Third Avenue and Maple Street stood empty for over a year.

“After we sold OmniPark, we didn’t need much space anymore, so we sold the building,” he says.

State Department of Revenue records show BumbleBee23 LLC acquired the building a year ago for $4.8 million. Bumblebee23 is governed by Spokane neurologist Dr. David Greeley and his wife, Suzanne.

Following the Imprezzio transition and the sale of OmniPark, Dark Capital currently has about 30 employees, almost all of whom work for Mivation, which is now the main revenue generator for Dark Capital, Talarico says.

While Talarico, 60, says he remains a principal in Dark Capital, he’s not involved in day-to-day operations of its companies.

Jeff Brown is the CEO at Mivation. He was an early equity investor in Spokane Valley-based artificial intelligence company Next IT Corp., which was acquired by New York-based technology company Verint in 2017 for nearly $30 million.

Brown says, “I really enjoyed my time at Next IT and taking a product to market.”

He says he wanted to do the same at Dark Capital, working with the teams behind software products RacingSnail and Leaderboard Legends, which are now folded into Mivation.

RacingSnail is productivity software originally designed to focus on performance management and commissions for insurance agents. Leaderboard Legends is a gamification tool originally made to encourage and recognize agents’ personal performances and customize competitions between offices.

Having a 100% remote workforce, Brown says, enables Mivation to hire talent from anywhere, although more than half of the company’s employees are based in Spokane.

Mivation’s revenue comes from monthly software-as-a-service subscription fees based upon the products, services, and number of users licensed by clients.

Brown declines to disclose Mivation’s revenue, but says it grew rapidly prior to the pandemic.

“There was a brief pause in revenue growth with the onset of COVID, followed by an acceleration as clients realized our products were particularly effective at keeping both onsite and remote workers engaged and connected,” he says.