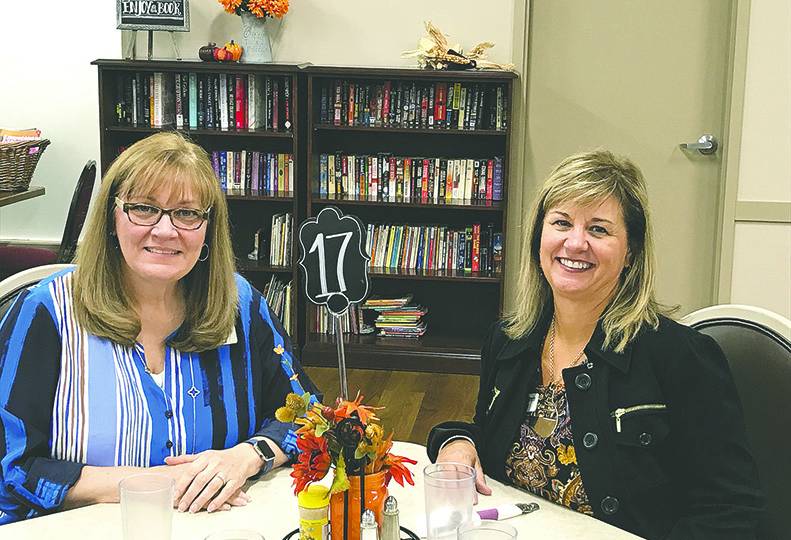 The Women & Children’s Free Restaurant & Community Center has come a long way since it started 30 years ago, and the organization is in the midst of a capital campaign to pay for recent improvements.

The biggest improvement was the purchase and remodel of its current building at 1408 N. Washington, which the organization moved into in 2015.

When Free Restaurant began, volunteers were making casseroles for 15 women in the basement of the former St. Paul’s United Methodist Church in north Spokane.

“In 1988, there were not a lot of services for women,” Diffley says. “It’s amazing how much need is out there.”

Dinner is served on Tuesdays and Wednesdays, and lunch is served on Fridays. Many people assume that the  organization’s clients are homeless or unemployed, but that’s not true, says Ev Hopkins, chairwoman of the capital campaign and chief administrative officer at Spokane Teachers Credit Union.

“It’s the single mother who runs out of resources at the end of the month,” Hopkins says.

Diffley says, “We’re seeing working moms, moms who are going to community college, elderly women on very fixed incomes. We do see a lot more kids in the summer. Some just wander in on their own.”

Women who arrive at the restaurant are seated by a hostess, given a menu, and allowed to order what they want. Someone serves them and cleans up the plates when they’re done. Diffley says she expects to serve 73,000 meals this year, more than double what they were able to do in their old location. It’s all done with seven staff members and 150 volunteers each week.

“Dining with dignity, that’s what it’s all about,” says Diffley. “It’s about service and a full restaurant experience.”

The organization uses food donated by food banks, farmers, and businesses. The chefs have to take whatever food they are given and make restaurant quality meals with it, Hopkins says.

Before the move, the restaurant had been run out of the basement of St. Paul’s Methodist Church, on north Monroe Street.

The church, however, had been sold several years ago to a new congregation, Diffley says.

“They wanted to fill that space with their own mission,” she says. So, Free Restaurant had to look for a new home.

Diffley helped the organization obtain a $300,000 grant from the Washington state Department of Commerce, and the restaurant received contributions from donors, but the organization still had to borrow money to buy and remodel the building. The tiny kitchen was replaced by a large commercial, restaurant-quality kitchen.

The goal of the current capital campaign is to raise $2.1 million to pay off the debt, which also includes costs for a large walk-in refrigerator, a walk-in freezer, and a new delivery van.

Fundraising efforts so far have collected all but $325,000 of the goal, Hopkins says.

“Debt for a nonprofit is like having a cloud over you,” she says, adding, however, “We’ve kind of entered the home stretch.”

Hopkins says she has known about the restaurant since she wrote a grant application for the organization during a grant-writing class she took at Whitworth University years ago.

“I’ve always been kind of attached to the restaurant,” she says.

When Hopkins heard about the organization’s plans to move to its current location, she volunteered to help.

The new building has enabled Free Restaurant to expand its mission to more than just serving meals. The organization also runs a Nutrition to Go Program that supplies prepared meals to 25 local organizations, including the Vanessa Behan Crisis Nursery, Crosswalk, and the Ronald McDonald House Charities of the Inland Northwest.

Free Restaurant hosts a Nutrition Essentials class every Friday that focuses on nutrition education. Every Wednesday, the restaurant hands out recipes and the food to make them, including seasonings. A demonstration kitchen and classroom have also been added.