Working with a True Life Canvas 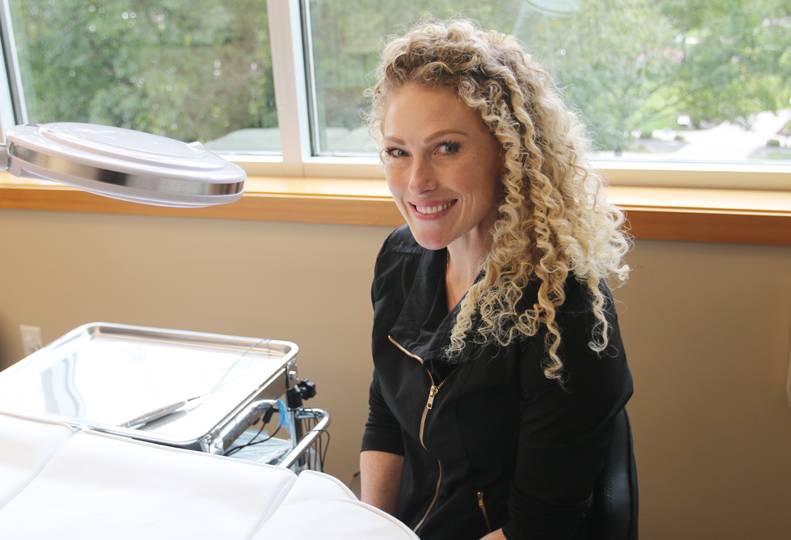 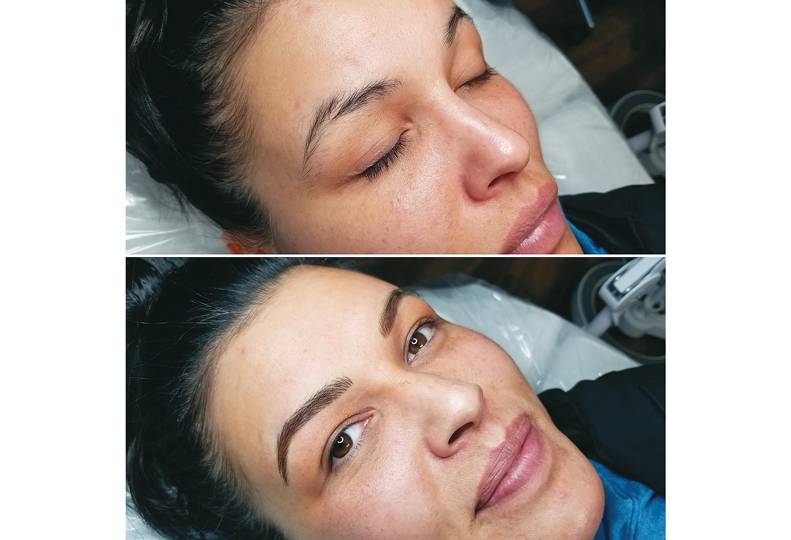 -Hayley Gabriel
True Life Canvas offers cosmetic work, such as the permanent eyebrows shown above, but about half of her work is with breast cancer survivors.

As the daughter of Coeur d’Alene artist Stephen Shortridge, Hayley Shortridge-Gabriel foresaw a future that was going to resemble something similar to that of her father’s.

At least until the reality of an artistic lifestyle set in.

“The idea of trying to make money in an art studio working mostly by myself didn’t have as much appeal as I originally thought,” says the now 37-year-old mother of two.

She adds, “I also discovered I wanted to do something helping people.”

Her artistic abilities and a community service spirit eventually led to the founding of the business, True Life Canvas, which also specializes in permanent 3D cosmetic surgery – also called areola repigmentation – for breast cancer survivors who have undergone mastectomies.

She co-founded the company at the end of 2012 with her husband, Aaron Gabriel, who also operates a digital marketing agency in Coeur d’Alene.

She earned her certification in permanent cosmetics through San Francisco-based Permanent Cosmetique International and is now a registered trainer and member of the Society of Permanent Cosmetic Professionals. The organization lists her as one of their four professionals working in the Pacific Northwest.

Shortridge-Gabriel earlier this month taught areola repigmentation courses in Houston, and, later this month, will hold live demonstrations in Coeur d’Alene on Oct. 17 and 18 and in Chicago Oct. 25 – 27.

The Centers for Disease Control and Prevention, in Atlanta, says 245,000 cases of breast cancer are diagnosed in women each year. About 17% of them, 41,000, die each year from breast cancer.

In addition to areola repigmentation, True Life Canvas offers permanent cosmetic procedures such as eyebrow and eyeliner treatments and scar tissue reduction, along with a wide range of facial aesthetic procedures, which most commonly are referred to as microblading.

The rates for her work start at $650; however, she evaluates each client on a case-by-case basis regardless of the work they seek to have performed. True Life Canvas had booked 972 appointments by the end of September.

“We don’t take insurance because we’re not considered a medical facility,” Shortridge-Gabriel says. “But I have had several clients submit the bill for my work to their insurance provider and get reimbursed.”

Shortridge-Gabriel estimates close to half the business she does is for women who have survived some form of cancer. While the remainder aren’t cancer survivors, she has had clients who have suffered from other health issues, or suffered facial disfiguration, that prompted them to seek cosmetic alteration.

“To be honest, this experience has been the opposite of what I first thought it would be,” she says. “At first, the idea of performing cosmetic surgery just sounded very superficial.”

But the follow-up response she’s received through the years from clients has been heartfelt, she says.

“It’s not uncommon to hear, ‘Thank you, you’ve change my life,’’’ she says of her past clients.

One of those clients is a North Idaho resident who wished to be identified only as Marie. A survivor of breast cancer, Marie had areolas tattooed 15 years after having a double mastectomy.

“They were just that,” Marie says. “They were tattoos, and as the years went on, they began to fade, so I started looking for another tattoo artist to touch them up.”

After many years, Shortridge-Gabriel says the areola pigmentation work and permanent cosmetic surgery she does is finally being held in a different light than tattooing.

Most patients like Marie, she says, arrive at her clinic several years after having completed radiation treatments.

“They’ve had the reconstruction work done and have been cancer free for a long time,” Shortridge-Gabriel says. “It really is a case-by-case basis. Most everybody is at a different level in the recovery process not only physically but emotionally.”

“Hayley’s work is absolutely amazing,” Marie says. “I feel like a painting. The color, the shading, her work looks better than the real things ever did,” she says with a laugh. “There was no pain whatsoever; I just want to show everybody.”

“We believe it to be less invasive on the skin and it has a lot of versatility,” she says.

As for Marie, she says Shortridge-Gabriel’s work on her has made her feel more like a woman than she has in many years.

“Breast cancer leaves you in shock and disbelief. Then, in order to beat it you have to be disfigured. Next, you get to spend the rest of your life—however long that may be—fearing that it could return. And all the while you have repeated bouts of depression,” Marie says.

But upon removing the bandages from her September procedure, Marie says she had a feeling she hadn’t experienced in many years.

“I look in the mirror, and the work she’s done just makes me feel whole,” she says. “I feel like a woman again.”