Workplace sexism can be harmful to women’s health

Impacts most prevalent in male-dominated fields 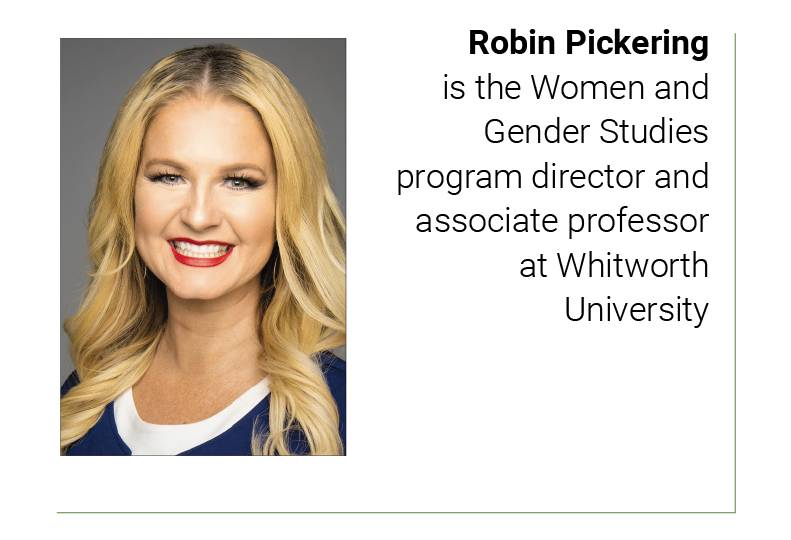 Though notable strides in workplace culture and policy change undoubtedly have improved employment conditions for many women over the last several decades, the impacts of sexism on women are particularly evident in male-dominated fields.

Many employer attempts at addressing sexism in the workplace narrowly focus on interpersonal and overt sexism without addressing covert sexism that exists in organizational systems and structures at the expense of women’s health.

Though certainly men, women, and nonbinary individuals face various employment challenges involving gender-related issues in the workplace, research indicates that women working in sex-segregated or male-dominated fields, such as STEM fields, are more likely to experience high levels of both interpersonal and organizational sexism.

Women who experience sexism are more likely to report higher levels of stress, more missed days of work, higher rates of working when unwell, and lower levels of productivity.

Decades of investigation also have suggested that the objective disadvantages of lower pay, status, and opportunities at work, and the subjective experiences of being stigmatized, affect women’s psychological and physical stress, mental and physical health and ultimately, their performance.

When measuring the stress hormone cortisol levels in women who worked in mostly male occupations, researchers at Indiana University Bloomington found less healthy cortisol profiles compared to women who worked in jobs with a more even gender split. Elevated cortisol levels are known to be associated with osteoporosis, hypertension, diabetes, susceptibility to infections, and depression.

The Indiana Bloomington study also found that women working in mostly male professions – in which at least 85% of the workers were men – were more likely to experience stressors like social isolation, sexual harassment, and low levels of support in the workplace compared with women who worked in jobs with a more even gender split or men working in the same jobs. They were also more likely to state that they had a hard time moving up in their company and perceived that coworkers doubted their competence.

Women often face challenges while navigating male-dominated workplace cultures. Though some of these challenges involve balancing work-family dynamics, many challenges are less clearly defined. Many women report being formally or informally called upon or assigned additional roles and responsibilities – such as mentor to other female colleagues, “office housekeeper,” or “caring mother” – that aren’t included in job descriptions and go uncompensated.

Overt written policies (restrictive family leave policies, fixed scheduling) may contribute to sexism in the workplace. In addition, “unwritten” covert expectations, like expectations regarding adhering to traditional gender roles in terms of demeanor and dress, can contribute to increased levels of stress.

Data from United Kingdom government agency Health and Safety Executive examining comparative work-related stress suggests that pressure for working women peaks for those aged 35-44, when many women are juggling multiple family responsibilities and is statistically higher than that of men the same age.

Many male-dominated industries also have attempted to address organizational level sexism through incentivizing academic preparation in the STEM and other fields and disproportionally over-hiring women in entry-level positions. Despite these efforts, many find women do not get promoted at the same rates as men and suffer significantly higher rates of attrition.

Data from the U.S. Bureau of Labor Statistics indicate that women hold only 20% of leadership roles in the tech workforce. And in law professions, women hold just 24% of senior positions globally, according to the nonprofit women’s workplace advocate Catalyst.

Evidence-based approaches to addressing sexism in the workplace, particularly in male-dominated fields, may be helpful to reduce women’s health risks, promotion barriers, and attrition rates.

Perhaps most importantly, companies should examine systemic and structural issues that allow bias and inequitable treatment to be perpetuated in the workplace. These systemic and structural issues can include hiring biases, often driven by “network-based” and affinity biased recruitment – hiring from within familiar networks and recruiting people who already “fit” into existing office culture and appearance.

Suggested approaches also can include exposing women to powerful female role models. This can normalize the perception that women are well-suited for leadership roles. It is also important that mentorship duties be included in job descriptions and involve equitable financial compensation.

Flexible working hours to accommodate for familial obligations, space and time accommodation for breast feeding or milk expression for new mothers, and generous family leave policies also can be helpful to increase retention and reduce stress.

Workplaces also can benefit from training on implicit bias, developing hiring and recruiting practices that minimize sexism, examining office culture and policies through regular “report cards” to create greater inclusion and feelings of belonging among staff, and fostering management styles that are more effective for motivating and retaining women.