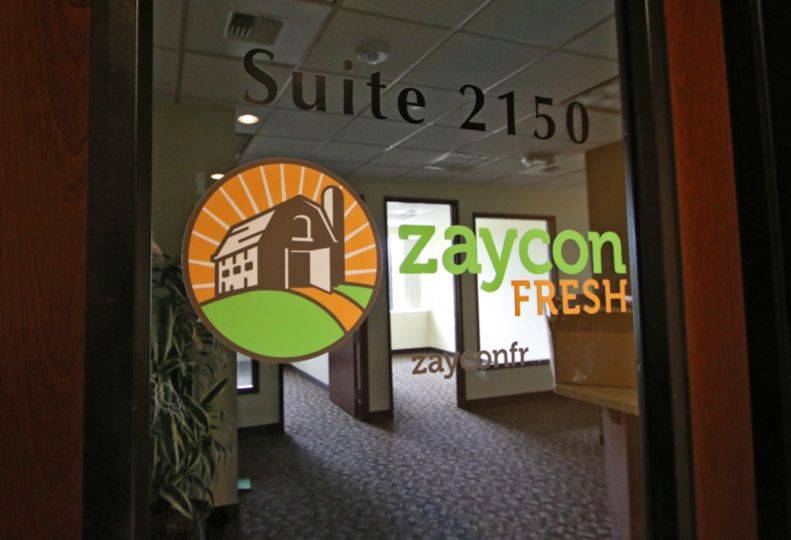 Spokane Valley-based national meat delivery company Zaycon Foods LLC, which announced late last month it had suspended operations, has been embroiled in a legal dispute with a former CEO and one-time major investor for more than 1 1/2 years.

Zaycon Foods, which has done business as Zaycon Fresh, hasn’t disclosed reasons for ceasing operations nor linked its closure to any legal proceedings. The company, however, has been involved in litigation with former CEO and co-managing member Richard Braddock since late 2016. Braddock is seeking more than $6.5 million in compensation, as well as reinstatement of his position within Zaycon Foods.

Braddock, who has been heavily involved in several large national businesses, including Citicorp, Priceline.com, and Marriott International Inc., filed an initial complaint against Zaycon on Nov. 14, 2016, in U.S. District Court, in Seattle.

In the document, Braddock claims that defendants Zaycon Foods and co-owners Mike Conrad, Frank Maresca, Michael Giunta, and Adam Kremin wrongfully terminated him from his CEO position and manipulated voting processes in order to convince other shareholders to fire Braddock. The complaint also alleges the defendants committed securities fraud by withholding information and documents necessary to allow Braddock to convert debt owed him by Zaycon into equity.

Zaycon Foods filed a motion late last year to dismiss the allegations, but that motion was denied.

Ryan, Swanson & Cleveland PLLC, a Seattle-based law firm that’s among those representing Braddock, declined to comment on the case, according to firm legal assistant Michael Callahan.

Sarah Elsden, an attorney with Spokane-based Lee & Hayes PLLC who is on Zaycon’s legal team, says, “I am not authorized to tell you anything.”

As of press time, Zaycon had not responded to an email sent to questions@zayconfresh.com, the contact listed by the company’s website.

Zaycon Foods is located at 16201 E. Indiana in Spokane Valley. Kremin is listed as the registered agent and as a governing person for the company. Maresca and Conrad also are listed as governing persons. Giunta is a member and former managing member of the corporation. Zaycon Foods, which was founded in 2009, sold meats—and occasionally seafood—preordered by customers, from the back of tractor trailers. The company grew quickly, becoming a multimillion-dollar business serving cities throughout the continental U.S.

According to Braddock’s complaint, the defendants sought him out in mid-2014 to solicit his investment in Zaycon. In August 2014, Braddock invested $1 million in Zaycon Foods, for which he received more than 1 million voting units and the option to buy nearly 1 million additional units.

Braddock continued to invest in the company. Between August 2014 and January 2016, according to the complaint, he invested $2.5 million in Zaycon and provided more than $1.7 million in convertible debt to the company. Totaling $4.2 million, the loans and investments made Braddock Zaycon’s largest investor, the complaint asserts.

Under Braddock, Zaycon Foods flourished, according to the complaint. The company’s revenues grew from $16 million in 2014 to $25 million in 2016. With business booming, Zaycon decided it would either pursue additional investment or seek a buyer for the company.

In April of 2016, Boston-based private equity firm Great Hill Partners submitted a proposal to invest $25 million in Zaycon, of which $10 million would be used by Great Hill to purchase existing equity from Zaycon, leaving $15 million to be invested directly into Zaycon’s operations, according to the complaint. With that proposal, the equity firm would acquire 56.5 percent of Zaycon’s equity. Great Hill also stipulated Zaycon to be debt-free at the closing of Great Hill’s proposed investment. Zaycon’s leadership team decided that Braddock should convert all of his loans in the company to equity, which would require Zaycon to present Braddock with materials necessary for Braddock to make the conversion.

Braddock’s complaint asserts Maresca, Giunta, Conrad, and Kremin worried that Great Hill’s investment would change the power structure of Zaycon by placing Great Hill and Braddock in control. The defendants allegedly asked Michael Shwarts, Zaycon’s investment broker, whether Great Hill would complete the transaction if Braddock was no longer CEO of Zaycon. Shwarts said he could close the deal without Braddock, according to the complaint.

The lawsuit claims that the defendants needed holders of at least 80 percent of the voting units to agree to Braddock’s removal in order to fire him and alleges that they told other members that Braddock was opposed to the Great Hill investment deal and that he planned to prevent the transaction.

On April 21, 2016, Maresca, Giunta, Conrad, and Kremin informed Braddock that at least 80 percent of Zaycon’s voting units had decided to terminate him as CEO. Giunta was appointed to serve as CEO but resigned as co-managing member in July 2016. Maresca was left to run the company as its sole manager, according to the complaint.

Without Braddock as Zaycon’s CEO, Great Hill declined to invest in Zaycon. In June 2016, Braddock brought to Zaycon a $7 million new financing proposal from Boston-based private equity firm Spring Lake Equity Partners. The brief alleges that the defendants rejected the proposal and didn’t respond to requests for a counter-proposal.

In the filing, Braddock alleges that when the defendants approached him around mid-2014 to solicit his investment in Zaycon, they failed to inform him of prior securities law violations regarding a company Conrad and Kremin previously owned, misrepresented how much they and others had invested in the company, failed to disclose how many voting units they owned, and made false statements regarding the preparation of accurate financial documents.

The claim regarding Conrad and Kremin’s former company, IFT Holdings Inc., formerly known as Integrated Fuel Technologies Inc., refers to a 2009 filing by the Securities Division of the state of Washington’s Department of Financial Institutions.

In the filing, DFI alleged that Conrad and Kremin, who are cousins, violated securities law by offering or selling securities without being registered as a salesperson or broker-dealer in the state of Washington, as well as misstating or omitting facts that misled the state. In January of 2010, DFI filed an order to cease and desist, and Conrad was fined $10,000. Conrad subsequently filed for bankruptcy in April of 2010.

Zilly denied in late January of this year a motion for partial summary judgement filed on behalf of the defendants.

The motion, filed on Dec. 21, 2017, contested the allegations of federal and state securities fraud made in the original complaint, arguing the alleged misrepresentations were not actionable. The partial motion argues that Braddock’s employment agreement stated he could be terminated at will, for any reason. It disputes the claim that he was prevented from converting the debt owed him by Zaycon into equity, noting he was able to convert a February 2015 loan without issue.

The partial motion also states, in response to a claim regarding Maresca’s installation as sole managing member, that the relevant section in the company’s operating agreement was amended sometime between Braddock’s termination and the initiation of the lawsuit.

Braddock is obligated to sell his units, the motion contends, and Zaycon is only obligated to pay Braddock $150,000.

The most recent activities in the case include a June 26 motion for extension of time to complete discovery and a June 27 request to attach a document.

In a separate case filed in U.S. District Court, in Spokane in April 2017, attorneys for Fairfield, Ohio-based Cincinnati Insurance Co. argued that the insurance company had no duty to defend, indemnify, or pay sums to or on behalf of any defendant with respect to the Braddock v. Zaycon Foods lawsuit.

A decision filed Feb. 13 of this year sided with the insurance company.

Since the June 26 announcement that Zaycon Fresh had suspended operations, some customers have taken to the internet to air their complaints about the company.

One Facebook user who commented on a June 27 Spokesman-Review story on the company’s suspension of operations said they had a $176 order from September that had not yet been delivered.

According to the Washington state Office of the Attorney General consumer complaints website, at least 24 complaints regarding Zaycon Fresh had been filed between June 26 and June 29.

Brionna Aho, spokeswoman for the Attorney General’s office, says her office declines to comment on pending investigations, “including confirming whether or not they exist.”