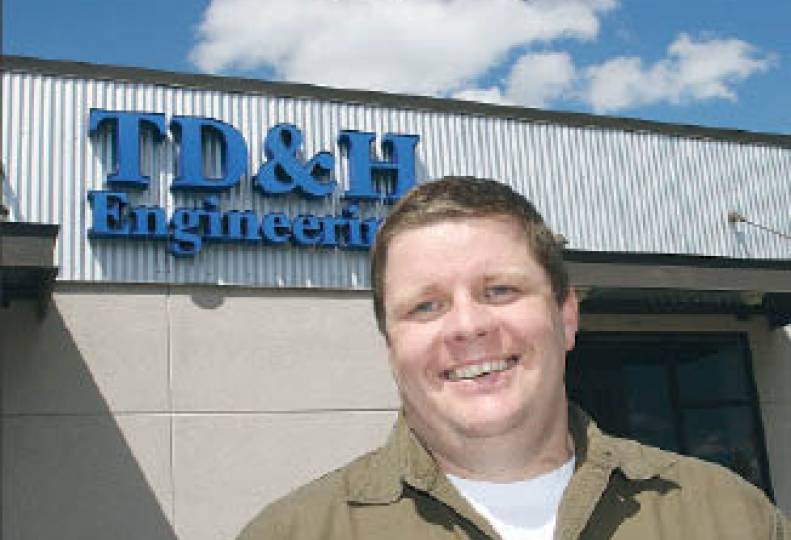 Few Spokane-area architects and engineers say they are seeing more than a trickle of planned construction in the project pipeline, and most say they don't expect the flow to improve much in the near future.

Architects and engineers, who generally are the first to sense changing tides in construction activity, say any major recovery in the industry will be slowed in part by an expected dearth of funding for public works.

Mark Dailey, a principal and main design engineer at Spokane-based Integrus Architecture PS, says his main focus is on higher-education construction projects, which are subject to state capital funding that's been drying up.

"There aren't going to be a lot of projects out there," Dailey says.

He says the state capital funding process usually takes a minimum of six years for a project to go from a proposal to construction, with pre-design, formal design, and construction respectively occurring in two-year funding increments.

The state, however, has cut back on funding pre-designs, which could create a void of higher-education construction activity, Dailey says. "If two or four years from now, we don't have pre-designs turning into designs, it will be a challenge."

Dailey says colleges and universities might seek other funding mechanisms, such as public-private partnerships, or donation campaigns to pay for new constructionand facility improvements.

Steven McNutt, a principal at Spokane-based NAC|Achitecture, says the flow in the project pipeline is the lowest he's seen since the 1980s.

He says the optimistic outlook the company had earlier this year evaporated in the lingering economic drought.

"We had hopes early this year," McNutt says. "We were queued to do work in four districts that would have included a total of $125 million worth of school projects. All ofthose bond issues failed."

McNutt says about 80 percent of the projects NAC designs rely on public funding, although the company's private-sector backlog is equally stagnant.

"That doesn't bode well for construction, if our circumstances are a reflection of the industry," he says.

McNutt says any significant recovery in the construction industry is probably at least a year out.

"It takes a better part of a year to produce a significant project and move it into construction, where the bulk of the dollars are spent on it," he says.

"We're not in a hiring mode, but we're keeping the staff we have fairly busy in projects," he says.

Aronson says that about 70 percent of Taylor Engineering's work lately has been on public works projects.

"I'm awful nervous," he says. "The government may reduce funding."

Under that program, Spokane is mandated to construct system improvements to prevent overflows of combined sewer and storm water into the Spokane River by 2017.

That's one bright spot on the horizon for the construction industry, says Mike Taylor, the city's director of engineering services. Taylor says the CSO reduction program—aside from other mandated and planned wastewater system improvements—will cost an estimated $287 million, including about $50 million in design, engineering, and construction-management costs.

The program will include large inline and storage modifications to the storm water and sewage systems, Taylor says.

The city also is on track to complete work in its current 10-year, $117 million street bond under budget and ahead of schedule, Taylor says. Voters approved that bond in 2004. The city is looking into following it with another bond measure to continue street improvements, although it's too early to estimate a dollar amount forthe next street bond request, he says.

"It has to be orchestrated with other community needs," Taylor says. "We're hoping it will be considered sometime in 2012."

That work includes civil, structural, and environmental engineering and planning for infrastructure projects, such as wastewater treatment facilities and street improvements, he says.

"Our bread and butter is small-town municipal work," Marsh says.

Many of TD&H's client communities have received federal and state funding for such projects.

While Marsh expects the flow of public money will ebb to some extent in the near future, he says, "As of (July 15), our backlog is the best it has been in three years."

Marsh says the Spokane office hasn't had any layoffs in three years and is supporting other TD&H offices with work here.

"We're sending enough work to other offices that we could employ another person here," he says.

Mark Aden, president of Seattle-based DCI Engineers, says work is starting to pick up, mainly because the company has landed more jobs in the industrial sector, including manufacturing, mining, and energy industries.

Aden, who is based at DCI's Spokane office, says he's also seen some improvement in hospitality and apartment markets.

"I'm not sure how long that will continue," he says of the company's recent rise in work on apartment projects. The market for new owner-occupied multifamily housing, such as condominiums, "is almost nonexistent," he adds.

Aden asserts that a private-sector recovery is under way, although it's being slowed by the tightened financing environment, and an overall recovery is being hindered further by a slowdown in public projects.

"We'll be fighting headwinds from a public-sector recession," he says. "I can't imagine any local or state agency will have more money than in the past."

DCI has built up a backlog that Aden says he's confident the company will maintain and grow through the back half of the year.

"Our backlog has grown about 75 percent since beginning of this year," he says. "That's the first positive growth we've seen in three years."

He cautions, though, that work is hard to come by and many firms are cutting their normal rates to get it.

"The fee pressure is enormous," he says. "I don't see that changing much through end of year."

Monte Miller, a principal at Miller Stauffer Architects PA, of Coeur d'Alene, says that firm is designing mostly private projects, and even those are primarily for repeat customers with a higher than usual ratio of remodels to new construction.

"It's slow," Miller says. "We've got a few things we're working on, and we're shortlisted for a couple of jobs."

In one of its largest current projects, Miller Stauffer will work on designs to convert Coeur d'Alene's McEuen Field into a multipurpose park at the base of Tubbs Hill, east of the Coeur d'Alene Resort.

Portions of the property, which provides public access to Lake Coeur d'Alene and is near downtown Coeur d'Alene, currently are home to a ball field, parking lot, and boat launch.

Miller says he hopes to get the design under way so construction can begin next spring. "Depending on what the city chooses to move forward with, we're looking at a $17 million phase one out of a total $30 million project that could take years to complete," he says.

Despite the development drought, Aronson says Taylor Engineering is working on some big projects and has its eyes on others it hopes to land.

"We're about to get started on a new phase of Eagle Ridge we'll be designing," he says, although he declines to disclose more details about the planned addition to that residential subdivision in south Spokane.

"It's still in preliminary discussions, but it would be a large phase," Aronson says.

Taylor Engineering also has designed the planned Sprague Avenue realignment near the Northern Quest Resort & Casino, which will be a joint project involving the city of Airway Heights and the Kalispel Tribe of Indians. Taylor also has designed street improvement projects for the cities of Metaline and Cheney, which recently were put out for construction bids.