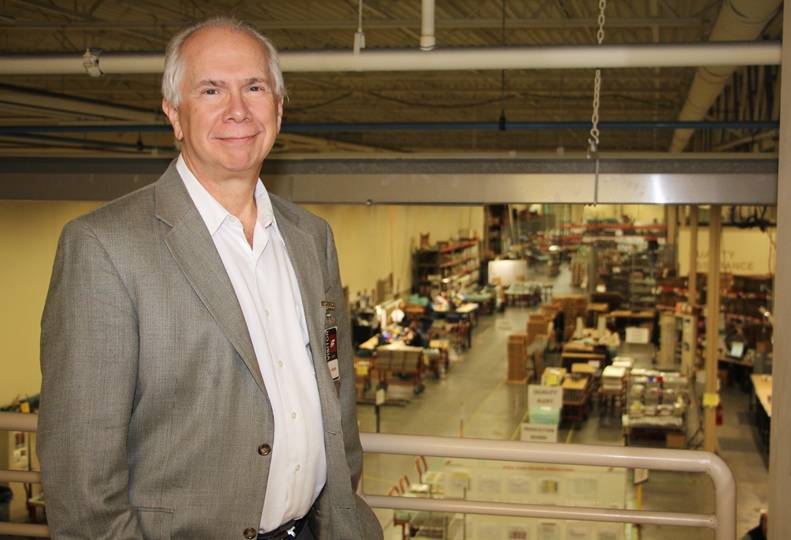 -Kevin BlockerInland Northwest Aerospace Consortium chairman Mark Norton says the group will continue to collaborate with others to attract manufacturers.

Despite the COVID-19 pandemic, the Inland Northwest Aerospace Consortium remains undeterred in its work to try to lure a major aerospace manufacturer to the West Plains, INWAC chairman Mark Norton says.

“That’s kind of our ultimate goal,” he says. “To bring a major, tier-one or a tier-two type company into Spokane, which can hopefully become the thing that opens the gates to get others to start considering our area.”

Major manufacturers with substantial work orders and annual revenue, such as Airbus SE and Boeing Co., are classified as tier one. Some Inland Northwest manufacturers, such as AccraFab Inc., Altek Inc., and Multifab Inc., are among the Spokane area’s tier-two manufacturers.

Even though air travel is down 95% since the pandemic’s eruption, the recruitment of outside companies to relocate here will continue through the remainder of 2020 and into next year, Norton says.

INWAC has been collaborating with Spokane International Airport and the S3R3 public development authority in recruitment efforts.

“They have a site already kind of laid out there. They recently got a rail grant ... the whole idea being that we’ll have a site ready to go with all the infrastructure in place,” he says.

However, all those involved in that effort aren’t holding their breath for better days ahead, he says.

“We know that there will be significant consolidations; you’re going to see some companies go under,” Norton says. “Most people are positing that the recovery time here is 24 to 36 months to get back to pre-COVID levels.”

“Companies that are, or that can, get engaged in that space, may experience opportunity,” she says.

Nelson also points to a consortium member in Montana that is heavily involved in privately developed space exploration.

Says Norton about INWAC, “First and foremost, we’re here to help with business development around the region for the aerospace industry.”

As such, INWAC’s earnings are reinvested within the organization and can’t benefit individual members directly.

The organization also assists in developing and promoting collaboration between aerospace manufacturers and service providers, ranging geographically from Ellensburg, Washington, to Bozeman, Montana.

“We help to serve in a sort of consultancy role,” he says. “Our expertise is on the manufacturing and supply-chain side.”

The consortium’s annual conference originally was scheduled to be held in April but tentatively has been rescheduled for Nov. 2-3 at the Davenport Grand Hotel.

The consortium also is working in tandem with its partners as they continue to try to draw younger workers to aerospace-related manufacturing fields.

Prior to the arrival of the novel coronavirus, the U.S. had a reported 1.5 million skilled manufacturing jobs, including machinists and welders, that needed to be filled, Norton says. He hopes aerospace manufacturers will begin recruiting dislocated workers to their ranks quickly.

“We’re four people with contractors who help us with research,” Norton says. “Our principal lives in Arizona, we do have an office down there, and I’m able to work from home in Spokane.”

Norton previously has worked as an account executive at Multifab Inc., in Spokane Valley; Tekra, a division of EIS Inc., in New Berlin, Wisconsin; and most recently as vice president of Eclipse Screen Printing Inc., in Spokane Valley. Eclipse performs digital printing for the aerospace, electronics, industrial, and medical industries.

“I’ve spent pretty much my whole career in manufacturing in both aerospace and medical,” he says.