School hopes to enroll 520 students through Hayden facility by '15 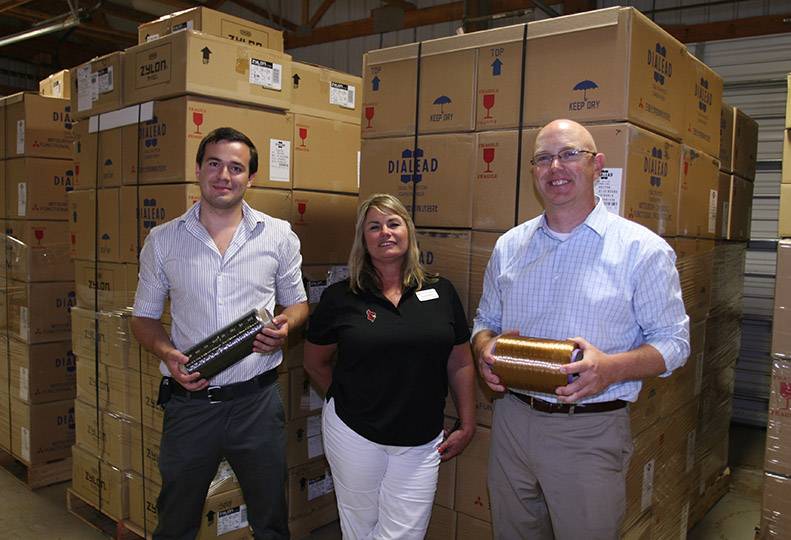 North Idaho College is assembling the components it needs to launch aerospace manufacturing and maintenance programs starting next month under a $3 million federal grant, says Kassie Silvas, NIC's director of aerospace and outreach.

The goal of the Coeur d'Alene-based community college is to enroll a total of at least 520 students in the program during the three-year grant period and to qualify them for high-wage jobs in the regional aerospace industry, Silvas says.

"I can't think of another program like this that will recruit, mentor, and help students get jobs," she asserts.

The grant will pay for course development, instructors, supplies, and program administration and support staff, Silvas says. The school has secured an ideal site near the Coeur d'Alene Airport and has hired the initial staff for the first phase of the programs, she says.

The aerospace programs will be based in a 12,000-square-foot facility, which NIC recently leased and has dubbed its Aerospace Center of Excellence, at 1845 W. Dakota, in Hayden.

The college is seeking bids for a $300,000-plus remodel, which will include new insulation and extensive ventilation improvements, Silvas says.

NIC already has obtained surplus and donated manufacturing equipment and materials valued at some $600,000 from government and industry sources, she says.

The Aerospace Center for Excellence building is just south of the Coeur d'Alene Airport and within sight of Empire Aerospace, one of the NIC's industry partners that make up the Idaho Aerospace Alliance.

"Our partners appreciate us being part of the community up here," she says.

Aerospace employers in North Idaho estimate they will create more than 600 new jobs by 2015, Silvas says, adding that the average entry-level hourly wage for such positions is projected at $26.65, plus benefits, which could equate to about $55,000 a year for a full-time position.

NIC hired Silvas in January to set up the Aerospace Center for Excellence before the college had secured a site for it. Before coming to NIC, Silvas, a Kootenai County resident, had been dean of instruction for business, hospitality, and information technology for four years at Spokane Community College, following a career as a high school administrator and teacher in California.

The initial aerospace manufacturing program, which will start in August, will provide education and training in aerospace composite fabrication, she says.

NIC hopes to offer aviation airframe maintenance courses within a year, she adds. The facility has enough open space in the back half of the building to hold two small aircraft for maintenance training when that program comes online, she says.

Composite parts, which often have a high strength-to-weight rating, are made of at least two materials that could include plastics, fibers, resins, and metals, Budge says.

At NIC, Budge will focus on designing the college's composite program to meet college-accreditation and industry standards.

An emphasis of the curriculum will be to fill entry-level workforce needs of industry partners, he says.

O'Halloran, a U.S. Air Force veteran, comes to NIC from a grant-funded position at Spokane Community College, where he had focused on recruiting veterans for the Air Washington Project, which aims to enhance workforce training geared toward the aerospace industry.

At NIC, O'Halloran will turn his efforts to recruiting students for the aerospace programs. He also will collaborate with industry partners and the Idaho Department of Labor to help students gain employment.

"I don't think it will be difficult to fill the seats," he says.

The aerospace technology composite program will start with 40 students who will be split into morning and afternoon classes, and student numbers at the Aerospace Center for Excellence will increase in succeeding semesters throughout the grant period, Silvas says.

The school already has a waiting list for students wanting to enroll in the first semester of courses at the Aerospace Center for Excellence. NIC's federal grant, however, requires that veterans and displaced workers receive priority enrollment.

The grant was awarded in September through the Trade Adjustment Assistance Community College and Career Training program, which was created in 2009 as part of the federal stimulus act.

NIC is the only Idaho school to receive such funds. Silvas attributes NIC's success in winning the grant to the Idaho Aerospace Alliance, which rallied in support of the program plans.

NIC hopes to develop a sustainability plan to encourage the state of Idaho to continue operating the program when grant funds run out, Silvas says.

She says some skill sets to be taught at the Aerospace Center for Excellence also can transfer directly across industries that require advanced manufacturing skills. Some composite fabrication skills, for instance, can be applied in the mining industry in the Silver Valley, she says.