Features to be expanded, include more pediatric info 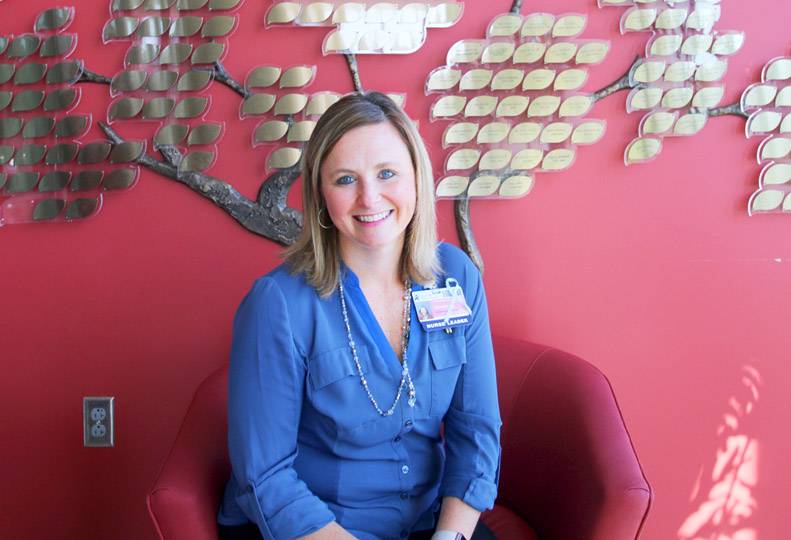 Spokane-based Providence Health Care has unveiled a smartphone application to assist expectant and new mothers both during and following their pregnancies.

Kim Jorgensen, the director of women’s and children’s services at Sacred Heart Children’s Hospital in downtown Spokane, worked as a consultant with Providence’s information technology department to develop the app, which now is available for both Android and Apple iOS phones and tablets.

The app has articles with answers to questions about pregnancy, babies, and parenting. There’s breastfeeding support from videos and articles, a guide to local resources, and information about classes and groups for new moms and moms with older children, says Jorgensen.

Information uploaded into the app all has been written or reviewed by the American College of Obstetricians and Gynecologists and the American Academy of Pediatrics, she says.

The app also is equipped with a list of some Spokane-area medical providers for women and children.

“I did have a lot of input into the providers that would be listed in the app,” she says.

The providers listed work at either, or both, Providence Sacred Heart Medical Center, at 101 W. 8th, and in the family maternity center at Providence Holy Family Hospital, at 5633 N. Lidgerwood on Spokane’s North Side, she says.

“It’s information that’s very useful. I wish I would’ve had it when I was pregnant,” says Jorgensen.

The app isn’t static, as Jorgensen says she maintains contact with Providence’s tech staff, which developed the app—and other medical colleagues—at least every two weeks about health-related trends and new information that would  prove useful for the app’s users.

“If there was some information that I found that I needed to get in, they can turn it around within one day,” Jorgensen says.

Jorgensen has had her current position for two years and has worked for Providence for 11 years. Some of her duties involve overseeing perinatal care and instruction for nursing staff at Sacred Heart while working closely with other medical offices attached to women’s health services at the hospital, she says.

Circle’s Providence app developers, with the advice of Providence’s medical staff, currently are in the process of expanding the functionality beyond newborns.

“We’re in the development phase of creating the pediatric side of this app,” Jorgensen says. “The goal that Providence is trying to meet is to be able to have this app available to you when you’re thinking about starting a family and have it continue until your child graduates from high school.”

The ability to access a child’s medical records in one location saves time for both parents and doctors, she says.

“We hope to have it rolled out by the first of the year,” Jorgensen says.

Though she and her husband are finished having children, Jorgensen has created her own mock pregnancy to test Circle by Providence.

“Once you get it downloaded and enter your personal information, it will automatically guide you to your care provider,” she says.

Upon entering the due date, the app then tracks the expectant mother’s pregnancy.

“It gives you all kinds of information in regard to how big your baby is at each week of your pregnancy,” Jorgensen says.

At the time of the interview with the Journal, Jorgensen was in the 14th week of her fictitious pregnancy.

“I’m being told that the baby is the size of a peach. You can go into all kinds of articles to read about what to expect during week 14 or during that specific trimester,” she says.

The app also offers expectant mothers tips on how to stay in shape through exercise and good diet for their overall health and the health of their babies, she says.

After delivery, Circle helps moms track an infant’s feeding schedule. The app also is equipped with an immunization tracker.

That functionality will allow an infant’s pediatrician to view the newborn’s feeding schedule if a mother is diligent about entering nursing times, she says.

“Circle can provide another level of education to these new and expectant moms that is right at their fingertips versus having to call the provider,” Jorgensen says.