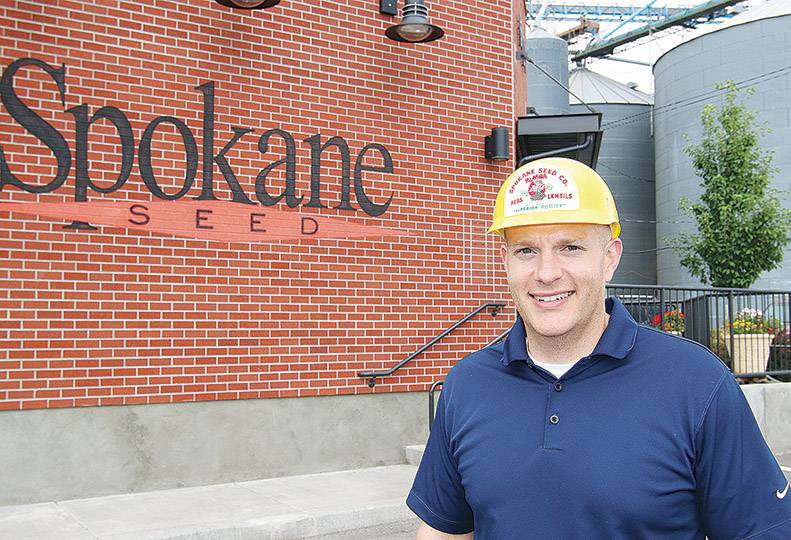 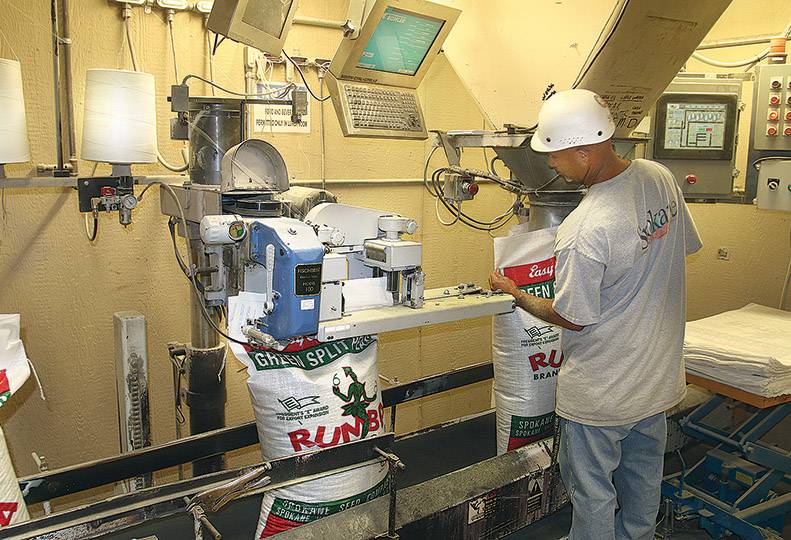 Spokane Seed Co., a fourth-generation dried pea and lentil processor and distributor, has nurtured its markets and grown revenue in recent years despite increased competition from high-volume distributors in the last decade, says Andrew Fontaine, general manager of the Spokane Valley-based company.

No so long ago, 95 percent of the U.S.-produced lentils were grown in or near the Inland Northwest, which includes portions of Eastern Washington, North Idaho, northeast Oregon, and western Montana.

That changed starting around 2000 when acreage exploded into the Midwest states and more recently throughout Montana as high-volume processors ramped up competition.

Today, Montana and North Dakota have overtaken the Inland Northwest in lentil production, although Spokane Seed is working to gain a larger share of Montana producers.

“Montana is a growing area for us,” he says, adding that the state still contributes less than 15 percent of Spokane Seed’s total inventory.

Midwest states aren’t practical sources for Spokane Seed. “Even North Dakota is kind of far away from us,” Fontaine says.

In recent years, Spokane Seed suppliers have put 70,000 to 90,000 acres in lentil production, which is just a fraction of the acreage that’s in wheat production, he says. In Washington state alone, 2.2 million acres are planted in wheat annually, according to the Washington Wheat Commission.

Spokane Seed operates two industrial processing facilities. Its main facility, which processes about 70 percent of Spokane Seed’s shipments, takes up most of an industrial block and looms over its 6,000-square-foot corporate office, at 6015 E. Alki. Its other facility is in Colfax, about 64 miles south of the Spokane Valley headquarters.

“As we develop the Colfax facility it will probably gain in percentage points,” he says.

Spokane Seed has become more of a premium supplier, while some other pea and lentil processors aim for volume, he says.

Rather than compete head to head directly against higher-volume producers, Spokane Seed has focused on higher quality to supply specific big brands as well as niche markets.

“In the U.S., a certain quality is expected,” Fontaine says.

“Sales have been really good and profitable for the last several years,” Fontaine says.

“Last year it was closer to 180 million pounds, although that’s not typical for us,” he says.

“If the facility is packed, we can only do so much,” he says. “Our focus is on making it more efficient without increasing our overhead too much.”

Farmers are harvesting their crops now, and Spokane Seed’s main shipping period will be between November and March, he says.

“If you’re eating Campbell’s split pea soup, the main ingredient came from here,” he says. “The same is true for Progresso, a General Mills brand. We have exclusive contracts with those guys.”

Spokane Seed also serves a growing base of start-up and specialty food manufacturers.

Under its own proprietary labels, Rumba and Greenpod, the company also sends premium bulk products to foreign and domestic distributors.

“We ship in containers and branded bags to wholesalers who sell to restaurants and hotels,” he says.

Strong worldwide demand for peas and lentils, along with increased awareness in the U.S. of peas and lentils as a healthier food alternative, have helped Spokane Seed thrive.

“There’s been a huge growth in chick peas because of hummus,” Fontaine says.

Chick peas, also known as garbanzo beans, are the main ingredient in hummus, a dip or spread rich in protein, fiber, and healthy fats.

Fontaine says many of Spokane Seed’s customers are looking to increase the use of lentils to improve the nutritional profile of snacks, including crackers.

Export demand also is growing in Southeast Asia and India, Fontaine says, and pardina, a small football-shaped lentil, which in the U.S. is grown only in the Inland Northwest, is sold almost exclusively to markets in Spain.

Last year, Spokane Seed exported 60 percent of its product. In most prior years, though, Spokane Seed has distributed a larger share—up to 70 percent—to U.S. customers.

Fontaine says he expects continued overall growth for Spokane Seed, although he looks forward with caution

“Revenue can be affected by the ebbs and flows of commodity prices and currency fluctuations,” he says.

Those factors are difficult to predict because they’re subject to changing economic political currents.

“Tariffs and bans happen more than you think,” he says.