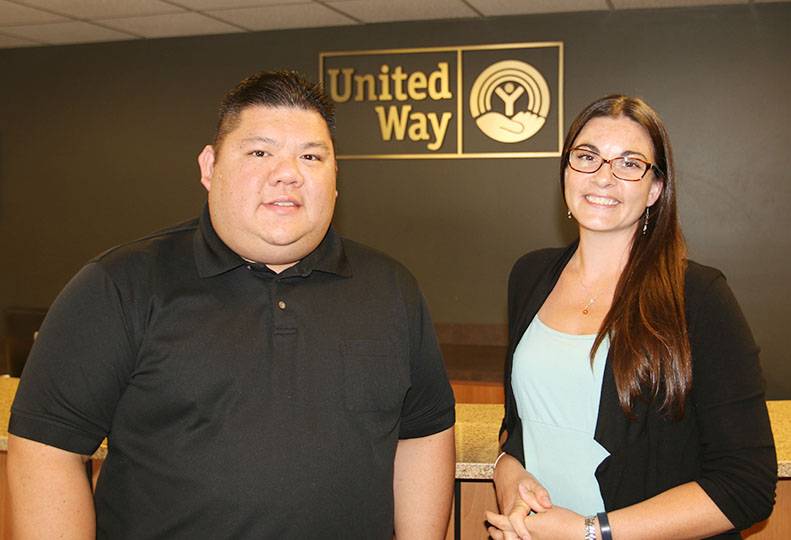 A Spokane County United Way-affiliated group of young leaders is helping to groom the next generation of philanthropists here.

The Emerging Leaders Society’s mission is to engage people seen as rising in business and industry and who will be ready to take the reins in the community when they become leaders, Pang says.

Shelly Colomb, a Spokane-based assistant vice president at Umpqua Bank, says she was asked to be on the founding board of directors for the Emerging Leader Society, already having been well acquainted with the United Way.

“I’ve been involved for years with the United Way as a campaign coordinator,” Colomb says. “United Way, the city of Spokane, and businesses that support United Way helped launch this group and get off ground.”

Colomb currently is co-chairwoman of the Emerging Leader Society board. She also was one of more than 70 people nominated for inclusion in the Journal’s Rising Stars special section, which seeks to spotlight some of the Spokane area’s emerging leaders.

Of the United Way group, Colomb says, “At the core, it’s really about the engagement of young professionals in volunteerism and giving back financially.”

The group helps expose members to opportunities to join philanthropic boards or get involved in the community, she says.

“We have a robust nonprofit community here and generous donors,” she says of current community and corporate leadership. “We want that to continue to make Spokane a great place.”

“We don’t verify the date of birth for anyone to be involved and engaged in the group,” she says. “It’s growing and evolving all the time. We’re all committed to wanting a better community for our generation and our kids.”

Colomb, who has two boys ages 4 and 6, says she’s among several members who involve their young families in community service.

“We provide opportunities for volunteerism during work hours and after work hours,” she says. “We’re looking for professionals, but we’re also kid friendly.”

A number of Emerging Leaders Society members, for instance, involved their children in a tree-planting project in the West Central neighborhood that was part of Spokane Gives week earlier in the spring of this year.

Colomb says she finds it rewarding to be part of the successes the board has seen over the last year, specifically with the 2014 Spokane Philanthropic Awards last October, an event that that was attended by 300 people to recognize five award recipients and 45 nominees.

“I’m looking forward to building on that success, growing membership, and getting young professionals involved in the community,” she says.

Most recently, the Emerging Leaders Society partnered with Volunteer Spokane, another United Way service, to help remove mobile murals that the groups had installed earlier as a visual barrier surrounding the long-stalled construction site at the northwest corner of Third Avenue and Division Street.

Scheduled events still to come this year include a CEO Reception in September and the Spokane Philanthropy Awards in October.

“This year, we’ll have another CEO speak to the group, although we haven’t announced a name yet,” Colomb says.

“The hope is that they take the things they learn as a members and use them in their organizations as a guide to corporate responsibility,” she says.

Pang says United Way contributions from Emerging Leader’s Society’s members increased by more than 200 percent compared with their contributions before the formation of the group.

In 2014, when the Emerging Leader Society had 126 members, the group had donated financial contributions totaling $104,100 and volunteer hours valued at another $13,300, he says.

Pang says the Emerging Leaders Society has become one of the more dynamic groups associated with United Way here.

“We have to run to keep up with them,” he says. “They are that energetic.”

“They do their research before doing anything,” Marich says. “They want to be engaged over social media and get their hands involved.”

The Emerging Leaders Society has an active Facebook page, which recognizes community service efforts and posts opportunities to volunteer to help them out.

The Emerging Leaders Society was one of the most heavily represented groups during Spokane County United Way’s annual Day of Action in September, Marich says.

The Day of Action is a communitywide event in which some organizations and businesses join to encourage their employees to volunteer their services for a day.

In all, more than 400 volunteers participated in the 2014 Day of Action, during which they cleaned, painted, weeded, landscaped, sorted clothes, read to children, planted flowers, installed windows, harvested gardens, and sorted and distributed food for various community causes.