A Victory For Vino: The ascension of Washington’s wine industry 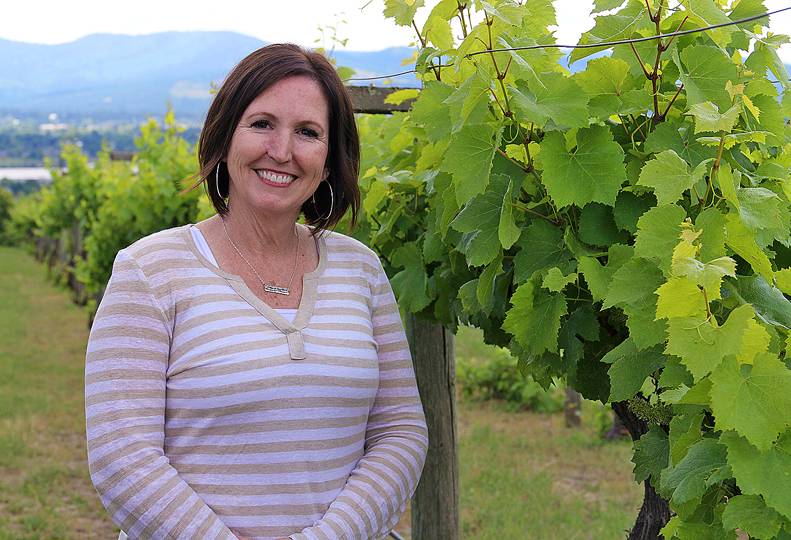 Industry experts say wine is poised to topple the apple and become the highest revenue-producing agricultural product produced in Washington, with the industry having an estimated economic impact of $6 billion in 2018.

“Our thoughts are that the economic impact study will show that we either are,  or (we’re) getting close to becoming the No. 1 ag product in the state of Washington,” says Steve Warner, the Seattle-based president of Washington State Wine, a state government agency established in 1987  to represent state winemakers. “We expect that we’ll pass apples for revenue, and we believe that we’ve already passed apples from an economic impact basis.”

Washington State Wine commissioned an economic impact study this year that it anticipates will be ready by December 2019.

With its 36 wineries and tasting rooms, Spokane is contributing to the industry’s strong growth statewide, with nearly 79,000 cases of wine being produced in the area in 2018, according to data compiled by the Journal.

Washington state currently has over 940 wineries, with the majority being focused in Eastern Washington.

It’s outpaced only by California, which has about 599,000 acres of wine grapes, which produced 4 million tons of wine grapes and about 240 million cases of wine, according to the Wine Institute, a public policy and advocacy association for California wineries.

With this growth comes shifting trends within the industry, including the mechanization of processes, pruning and picking in particular, as the workforce continues to diminish and labor costs continue to increase, Warner says.

“We understand that as our acreage grows, we need to come up with a way to continue to grow with it, even though there will be steady to limited increase in labor,” he says. “We have 60,000 acres now, but we have the potential for 200,000 acres, but we’re not going to get there without some form of mechanization.”

Oregon State University published a study on economic and financial benchmarks for mechanizing Northwest vineyards, which found Washington state vineyards with a 100-acre operation were profitable within a two-year period for most manual tasks except precision pruning and leaf pulling.

Kristina van Löben Sels, owner and director of winemaking at Spokane Valley-based Arbor Crest Wine Cellars says, “There’s a lot of benefits to machine harvested fruit anyway because you get them in early, they’re picked quickly, and they’re to the winery faster…We’re definitely seeing that and will continue to see it. It’s hard to pick grapes and not a lot of people want to pick grapes.”

Depending on the number of acres a farm has, producers would need to hire 30 or more employees just for picking, which is difficult given the low availability of workers and the increasing cost of labor, in addition to being in competition with other agricultural companies for workers, van Löben Sels says.

“It’s kind of scary,” she says, because nobody seems to want to work in a field anymore.

However, not all wine makers share the same opinion on mechanization. Patricia and Phillip Butterfield, owners of Spokane Valley-based Winescape Winery, say they prefer handpicked over machine picked, as hand-picked tends to generate higher quality grapes that are able to survive travelling long distances to their operations, meaning they can better ensure the quality of their wine.

It costs a little more, they say, but quality is especially important for smaller wineries such as theirs, which produces between 2,000 and 3,000 cases a year and sources from eight Washington vineyards.

Smaller wineries rely on reputation, says Patricia Butterfield, and being able to ensure Winescape maintains that quality is a key to their success.

The industry, like any other consumer-driven market, has undergone a few shifts, as millennials age into becoming  wine drinkers and refine their tastes, says van Löben Sels.

Both Warner and van Löben Sels agree that the rosé is making a comeback.

“This isn’t your grandmothers rosé – the stuff of the ‘70s,” he says. “People are really liking it because now there’s different styles.”

Van Löben Sels says Arbor Crest has produced a new rosé, which it intends to release on July 11. In 2018, Arbor Crest produced about 20,000 cases of wine total, she says.

Leuthold adds that year-over-year rosé sales have grown between 40% and 50% nationwide, and that Maryhill produced about 8,000 cases this year, compared to 5,000 cases five years ago. He expects Maryhill will sell out of rosé before the end of fall.

Warner says a trend that appears to be here to stay is the shift toward alternative packaging, as companies drift away from the traditional glass bottle and try canned wines and smaller bottles for on-the-go convenience.

“Anecdotally, younger consumers are more open to less traditional ways to approach wine, and I do think they’re attracted by the concept that you can throw a can of wine in your backpack and go hiking.”

Van Löben Sels agrees that the alternative packaging trend is gaining momentum but says Arbor Crest went in a slightly different direction and about two years ago chose to sell wine in kegs, a method she says is efficient for both the bottlers and the distributors and restaurants that purchase their product in bulk.

“They’re great, especially for restaurants,” she says. “You don’t have all the waste of opening one bottle. The bottle to bottle variation is eliminated, because it’s the same once you tap that keg, it’ll be the same glass. We’re doing our chardonnay in that and a red blend.”

She says she’s not sure if Arbor Crest will ever provide wine in cans.

“It’s a fun, new idea. And that’s the wine industry; everybody wants to know what’s new and innovative even though wine is such a tradition and there’s so much history with it,” van Löben Sels says.

Warner says wineries also are seeing results in direct-to-consumer marketing with the use of online methods, tasting rooms, and events at the wineries themselves, noting that Washington state saw an 18% increase in shipments through the direct-to-consumer channel over the last three months.

“I think DTC will continue to grow indefinitely as long as we continue to have a favorable regulatory environment,” he says.

Leuthold adds that tasting rooms have become more popular for smaller wineries that benefit from the face-to-face exposure and the ability to market wine clubs and other products online. He notes that major wine makers are increasing use of distributors, making it harder for smaller wineries to break into that market.

He says roughly 75% of Maryhill’s revenue this year will come from direct-to-consumer marketing methods and tasting rooms. Maryhill currently has three tasting rooms open in Washington and he expects the winery will open another in Woodinville this year.

Phillip Butterfield says most of Winescape’s marketing is done through word-of-mouth and social media and is largely driven by direct to consumer sales. The winery, which is into its second year of operation, saw 20% growth in sales year-over-year.

Maryhill currently produces between 75,000 and 80,000 cases a year and has 50 employees. Leuthold says it sources grapes from over 20 different vineyards in Washington.

Warner contends that the impacts of the additional 15% increase in tariffs implemented by China on June 1 have yet to surface. He adds that Washington has seen 7% growth in sales in the last three months, far outpacing the national average of 4%, he says.

Van Löben Sels says the company has been hit by the tariffs on glass and cost increases due to labor that will eventually trickle down to consumers through price increases.

Despite this, she anticipates a 3% to 5% increase in sales this year.

“I think we’re going to see continued growth … it’s a great way to be creative and have science at the same time,” she says. “I think we’ll always have growth.”

The winery also has increased the number of vineyards it sources from and now sources its grapes from about eight vineyards. She adds that the company has added new distributors and is opening to new markets that will help foster growth as well.

Warner adds, “We expect that we’ll continue to grow at roughly the rate that we’re at right now, which is 7%, so we’ll outpace the national growth. All signs are pointing up this year.”