After devastating fire, Shogun restaurant to relocate to Spokane Valley 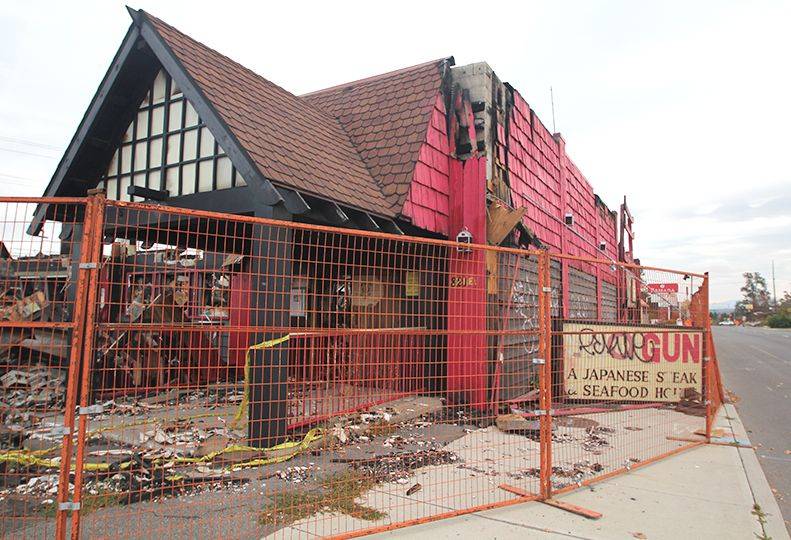 The longtime hibachi-style restaurant, formerly located east of downtown, at 821 E. Third, has been closed since it was destroyed in a fire on the morning of April 22.

The new restaurant will be located at 20 N. Raymond Road, the former site of the Roadhouse bar and grill, near the northeast corner of Sprague Avenue and University Road, just north of the former University City mall.

Lee says he’s planning to open the restaurant at the new site on Feb. 4, and he’s considering serving lunch and dinner. Shogun had been open for dinner only at the Third Avenue site.

The steakhouse and seafood menu will be upgraded, and the restaurant will have about 20 employees, he says.

Aztech Electric Inc., of Spokane Valley, will remodel the restaurant, which will have the same name and logo and a Japanese-inspired interior, including a waterfall, Lee says.

Demolition at the charred former restaurant site on Third Avenue will be completed this month, and Lee says the property is for sale.

A real estate website shows the site is listed under the heading of “bon fire sale” through Re/Max of Spokane-Commercial. The listing price is $800,000 to $1.2 million depending on whether the buyer purchases both the former restaurant site, which will be vacant, and the adjacent Shogun Plaza Self Storage facility, which has been repaired after being water damaged during firefighting efforts, sales information shows.

Lee says Shogun originally was located in the Valley and moved near downtown Spokane in 2004.

The restaurant’s website, which as of earlier this week hadn’t been updated with information about the planned move, says Shogun has been “serving the Spokane community since 1992.”