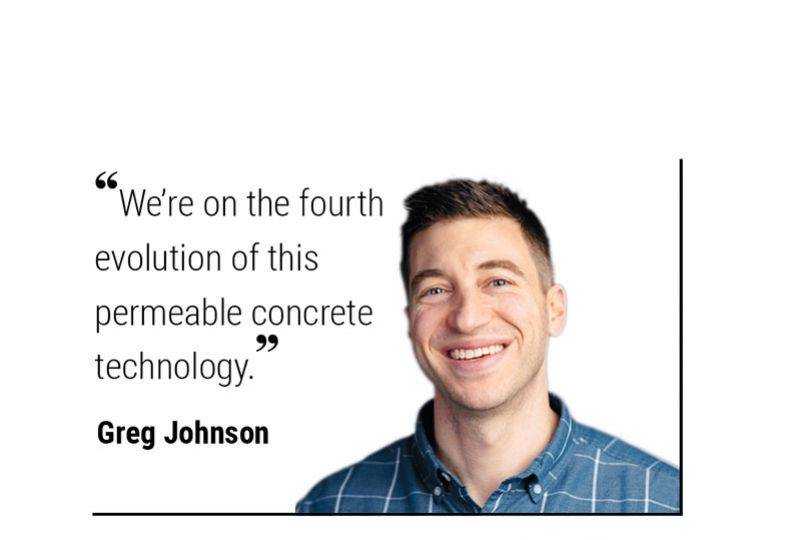 Greg Johnson, CEO and co-founder of AquiPor, says the startup has been focusing on research and development of its patented and proprietary AquiDrain material, a porous, hardened material that can absorb surface stormwater and reduce drain flooding in heavily paved environments.

“The product is commercial ready,” Johnson says. “We’re on the fourth evolution of this permeable concrete technology. For the last two years, it’s been about getting … it to the point where any concrete precaster could make this product.”

Johnson says AquiPor has finalized offering documents for the $5 million funding round.

“This really catapults us,” he says. “This would be for the launch and scaling up once we get the first project in the ground.”

Johnson says that while the startup hasn’t signed any contracts yet, he’s optimistic about a letter of intent for a project in a Los Angeles-area homeowners association involving replacing about a quarter-mile of sidewalk with AquiDrain technology.

The startup is looking to hire a chief operations officer or a president, a vice president of sales, and several sales employees.

Since 2020, AquiPor has raised more than $2.5 million in seed funding and equity crowdfunding.