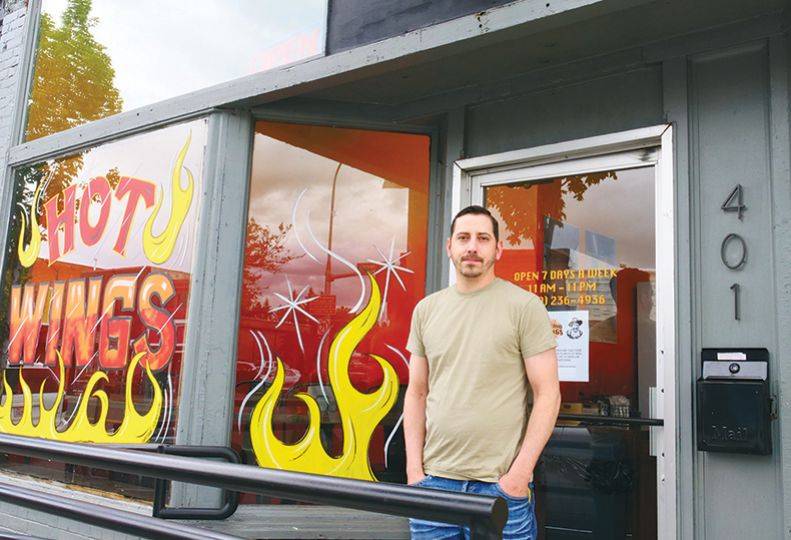 Consumers can expect their chicken wings and egg salad to cost a little more this summer, due to an outbreak of avian influenza, local industry experts say.

Egg and poultry prices, which had been rising during the COVID-19 pandemic, are being driven higher as a result of a different viral outbreak: highly pathogenic avian influenza, or bird flu.

Derek Baziotis, board chair of the Spokane chapter of the Washington Hospitality Association, owns Bene’s, a breakfast and lunch restaurant in Cheney that specializes in eggs benedict. In May, he opened Inferno Wings, a chicken wing restaurant in downtown Cheney.

“We anticipate that every year, but they had gone way up,” Baziotis says.

On Thursday, May 19, the Washington state veterinarian called for live poultry markets to close for a month.

“That shot the prices up,” Baziotis says. “With this bird flu popping up, how much more are they going to go up? It’s pretty uncertain.”

The first case of bird flu in the U.S. this year was found in Indiana in February, according to the U.S. Department of Agriculture.

Among birds, the virus causes respiratory and digestive distress, sometimes followed by rapid death. Infections among humans are rare. The first case of bird flu in a human to occur in the U.S. was reported in Colorado on April 28, in a person who had been involved in culling poultry presumed to carry the virus.

The Associated Press reports that since February, more than 37 million chickens and turkeys at U.S. farms have been culled due to the virus.

“Those things were all in play before the avian flu came along, and now we have that exacerbating the situation,” Steele says. “It’s adding up to a wicked cocktail of increased prices.”

Steele predicts prices will continue to rise, though at a more moderate pace.

“The price of commodity items has not been moving as far along as it normally should have,” Hegsted says. “That’s been coming, but it’s all coming a little fast for us. Eventually, it’ll come back down and level out again, but that’s probably a couple of years away.”

“Obviously, the price has to get passed down to the customer,” Hegsted says. “Luckily, eggs are already pretty cheap.”

Baziotis says some restaurants will have to change their menu as a result of higher prices.

At Inferno Wings, Baziotis has expanded the menu to include loaded fries.

“We brought fries on to bring that price point back down and offer something that isn’t as expensive,” he says.

Hegsted is hopeful that prices will return to more typical levels in a matter of months.

“Even if chickens get infected and they die, they can (be replaced) pretty quickly,” Hegsted says. “Meat chickens grow pretty quickly; they grow in six to 12 weeks. Egg-layers take longer, 18 to 24 weeks, so that’s a significant dip.”

Hegsted also is optimistic that Washington will have this outbreak of bird flu under control more quickly than it did the last outbreak of the disease.

Officials detected bird flu in Washington for the first time in early 2015. According to a report by the U.S. Department of Agriculture, more than 50 million chickens and turkeys in the U.S. died of bird flu between December 2014 and June 2015.

The deceased birds accounted for some 12% of the nation’s eggs destined for grocery stores. In August 2015, egg prices spiked to an average of $2.96 per dozen.

Hegsted says that while egg and poultry prices are likely to be more moderate later this year, they’re unlikely to decline to pre-pandemic levels due to inflation.

“Everything, even those inexpensive items, are getting a little more expensive,” he says. “Some of those things are going to cost more forever.”