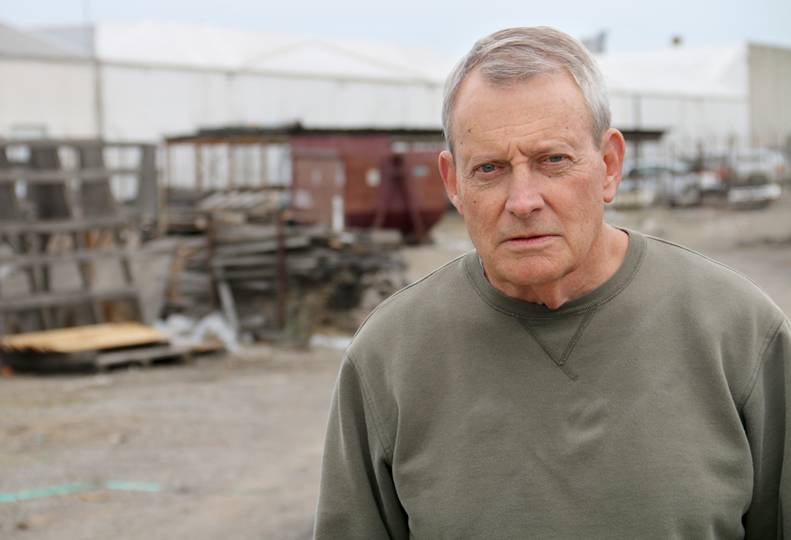 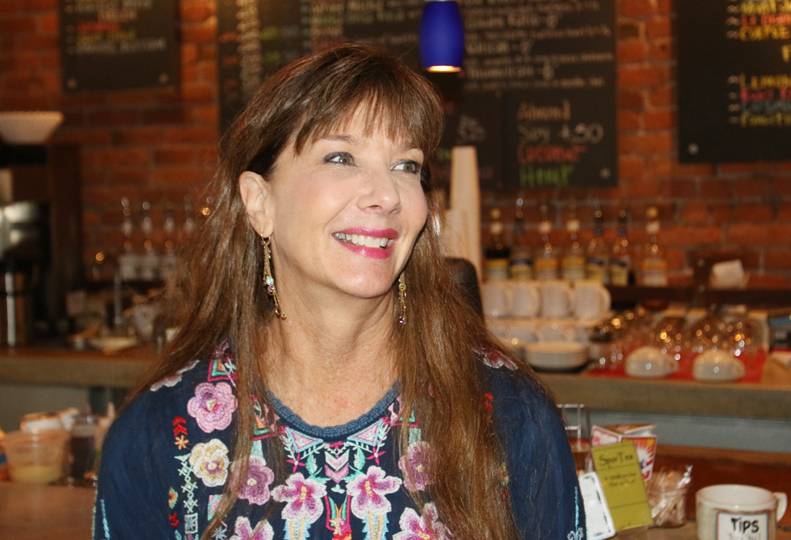 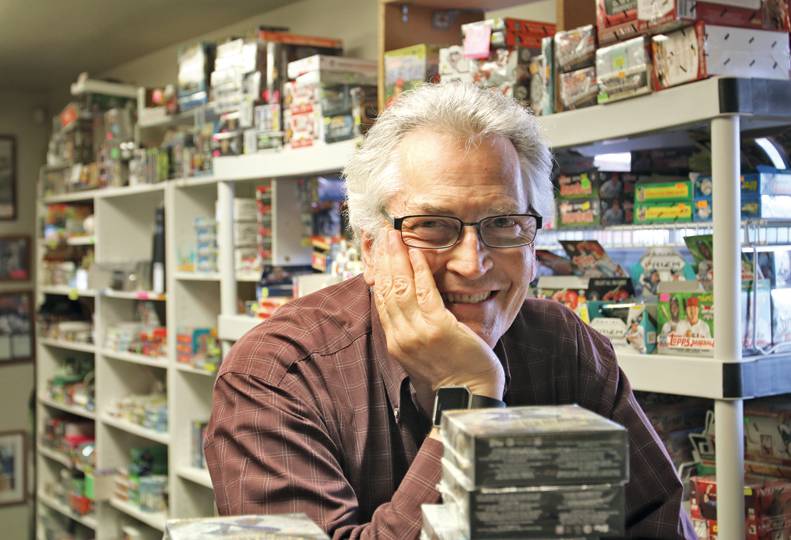 Ronald Brown plans to travel and do more photography after he finishes selling off inventory at Brown Building Materials, the East Spokane surplus store he’s operated since the late 1980s.

Merrilee Lindaman wants to spend more time tending to her honeybees and 10,000-square-foot garden at her home on the Little Spokane River, after she closes Lindaman’s Gourmet-to-Go, the popular South Hill eatery, at month’s end.

Alan Bisson isn’t ready just yet to close the doors at Spokane Valley Sportscards, and he hopes he doesn’t have to. Within the next couple of years, he hopes to be handed a “big check” from a new owner so he can “gladly hand them the keys.”

Brown is 67, Lindaman, 62, and Bisson is 66. And according to a recent study, they each represent a trend economic analysts say could have far-reaching effects; they are baby-boomer business owners who are ready to retire and are facing the decision to sell or shutter their businesses completely.

In Spokane County, an estimated 3,850 baby boomers—those born between 1946 and 1964—own and operate businesses. They employ 33,440 workers, have a combined estimated payroll of $1.18 billion, and generate close to $6.1 billion in sales, according to a report issued by Project Equity.

Project Equity is a nationwide nonprofit that bills itself as being dedicated to “advancing economic resiliency.” The nonprofit studied the potential transfer or closure of many businesses as baby boomers retire over the next 15 years across Washington state.

In a release about its findings, Project Equity describes its findings as illustrating “the vulnerability of Washington communities in terms of job and revenue loss as aging business owners, many of whom don’t have a succession plan, sell or close their businesses.”

Baby boomers own close to half of all privately held businesses in Washington State. Nationwide, Project Equity says, a third of business owners older than 50 say they’ve had trouble finding a buyer for their business.

“While some businesses – around 15% – get passed on to family, and others may sell to a local buyer, many are bought out by larger or out-of-state buyers, or shutter their operations entirely,” says Alison Lingane, Project Equity’s co-founder.

With some Spokane business owners, it isn’t as simple as being able to find the right buyer. Brown says he didn’t attempt to sell, and Lindaman says she didn’t want to sell.

Brown says many factors played into his decision to close his business, the most significant being that the company saw annual revenue continuing to fall during the last decade.

Brown Building Materials, which sold new and used building materials to general contractors and do-it-yourselfers, operated on 3 acres of property at 112 N. Erie, along the Spokane River and east of Spokane’s University District. His father, Richard Brown, founded the business in 1959.

“The marketplace has changed drastically, and it became hard to make money,” Brown says.

Big box stores, such as Home Depot and Lowe’s, and online competition from Craigslist, Pinterest, and Facebook Marketplace all siphoned customers.

Brown has a stepson who is an engineer at the Hanford Nuclear Reservation near the Tri-Cities, but there were no descendants to which he could to pass along the business.

He didn’t think anyone would want to buy it.

“Who wants to buy a business that’s not making money?” he says.

Brown says he’s received several inquiries from Realtors who want to know what he wants to do with the property, which has two buildings with a combined 11,200 square feet of space. He’s not sure of he’ll sell or lease at this point, he says.

Brown says he expects to be finished with his inventory liquidation by mid-November. He had three employees when the business shut down.

As for Lindaman, her decision to close at the end of this month after 35 years in business seemingly has sent shockwaves through some of her loyal fan base, she says.

“I’d say half my customers are here nearly every day,” she says. “The community has been very understanding and supportive of my decision.”

Lindaman says at least one long-time faithful customer told her she was being “selfish” for deciding not to sell the business, or its name, to allow another operator a chance to run it.

“The idea of selling my name just felt uncomfortable to me,” Lindaman says.

Lindaman’s brother, David Lindaman, was her business partner for the first 20 years of operations.

“We wanted a neighborhood joint, and I love cooking. We just tried to figure it out as we went,” she says.

When the café and bistro debuted in 1984, Lindaman’s had only one of two espresso machines in town.

“It’s been a great community, and I’ve made so many close friends,” she says. “But it’s time to save a little bit of energy for myself. The first 10 years of running this was just insane.”

Almost all of her 15 employees have found work elsewhere, she says.

What is available, however, is assumption of the 17-year lease still remaining on the more than 4,000-square-foot building at 1235 S. Grand Blvd., which is owned by the neighboring Cathedral of St. John the Evangelist church.

Across the street from Lindaman’s, at 1216 S. Grand, is certified financial planner Sarah Carlson, who owns and operates the Fulcrum Financial Group. Among her baby boomer business-owning clients, she’s been surprised to learn that many haven’t thought about what to do with their business as they approach retirement age.

“Many still want to be relevant to the business, just not consumed by it,” Carlson says.

She says the news of Lindaman’s closing the restaurant caught many by surprise.

“I had an open house, and that was a big topic of conversation that evening,” she says.

Among Carlson’s business-owner clients, it’s her impression that most want to have a succession plan in place.

“Many express a desire to not want their clients to go without the services their business has to offer,” she says. “We offer them the help. It’s not difficult, but it does take advanced planning.”

Ideally, a business owner should be taking steps to set up a succession plan at least five years before deciding to retire, she says.

Spokane Valley Sportscards’ Bisson says he has two daughters, but neither has any interest in taking over the business, located at 9404 E. Sprague.

A one-time independent photographer, Bisson was part owner of the sports card shop for 30 years before becoming sole operator 16 years ago. What once started as a part-time hobby soon became a full-time job.

Today, the industry is largely in the hands of “speculators,” collectors buying cards of young athletes hoping they’ll blossom into all-star talent and raise the value of their original purchase for resell.

The greatest challenge now to businesses like Bisson’s is from online retailers.

While sports card manufacturing companies once relied heavily on vendors such as Bisson, in the last year particularly, those companies have made a more concerted effort to sell the cards on their own individual websites.

“Online is eliminating individual dealers, and hobby shops are drying up,” he says.

That said, Bisson says the last two years have been his most lucrative despite the fact many brick-and-mortar stores selling sports cards are closing due to a lack of business.

His business is just one of two sports cards shops in the Spokane area. He knows of 15 stores that have closed in the last five to 10 years.

In the middle of an October weekday, a steady stream of middle-aged men entered and departed Bisson’s 2,500-square foot business, located in a 1930s era home that was converted into a retail space.

He says it’s a business that would best be operated by a fellow collector if he were to sell it.

“You’ve got to be passionate about the hobby first,” he says. “You can learn the business as you go on. But if you know business and don’t have a passion for the hobby, then I don’t think that it would be a good fit.”

Business service providers can also consider adding succession planning to their service offerings and include employee ownership as an option, the report says.

Also, cities can add succession into their economic development goals and partner with organizations that provide education and expertise on employee ownership.

As for Bisson, he says he hopes he can secure a buyer over the next couple of years.

“The thought of trying to liquidate all this is daunting,” he says.