Back to (obedience) school: Demand for dog trainers increases

Backlogs for services rise in the INW 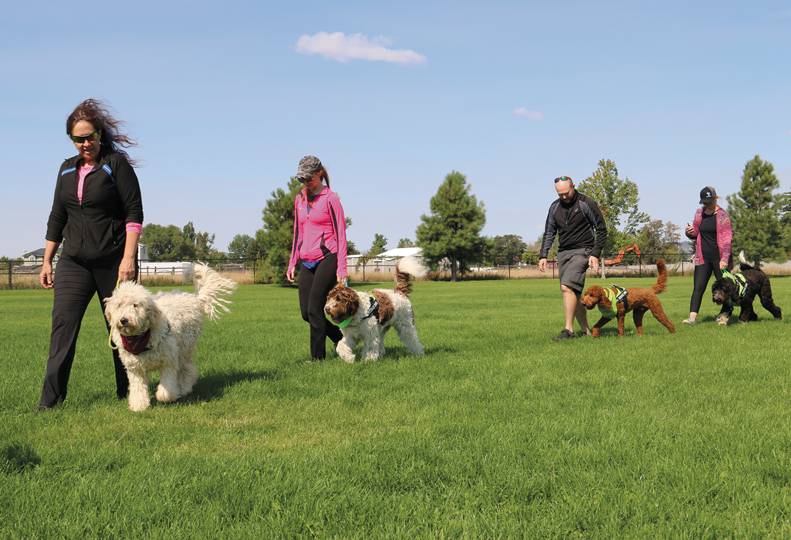 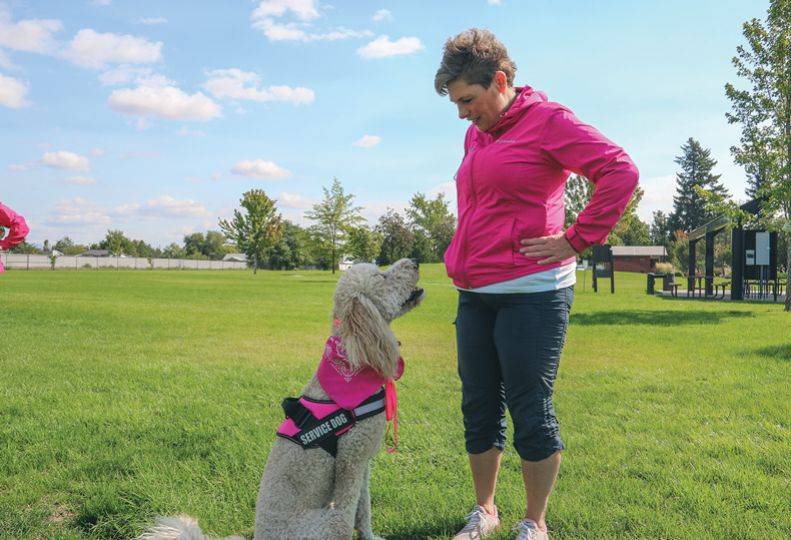 Demand for pet behavioral training services is higher than ever due to multiple factors, including an increase in pet adoptions and purchases in the pandemic era, canine training professionals here say.

Mary Davies, dog trainer and owner of Greenacres-based Dog Sciences LLC, which does business as Unleashed Academy, says the number of clients Unleashed serves has increased about 50% this year, compared to 2020.

The surge is related to the COVID-19 pandemic, she says.

The buildup of demand meant that when trainers began holding classes again, classes filled up quickly.

At Unleashed Academy, Davies says the increase in demand necessitates expanding the staff. The training center currently has about 20 employees and could hire up to 10 additional people, she says.

Group dog training sessions in the Spokane area typically cost between $130 and $160 per dog for five to six weeks, depending on the type of training.

Carol Byrnes, certified professional dog trainer and co-owner of Spokane-based Diamonds in the Ruff, says some clients’ puppies are still in utero.

“We have people signing up puppies that aren’t born yet,” she says. “It’s a little like the preschools. You hear stories of parents who are expecting and already have their kid signed up. It’s getting that way with puppy classes, which is new.”

Davies says waiting lists for trainers are common. Unleashed currently has a waiting list that stretches three months out.

Byrnes says puppies adopted during the pandemic often have trouble socializing with humans as well as with other dogs.

“They come to class and hide under chairs and are amazed that there are so many people in the world,” she says. “They haven’t seen a lot of other dogs other than passing them on the street.”

“From what I’ve heard, the shelters are empty or very low census,” Davies says.

Byrnes says that many people who adopted puppies or adult dogs have found a need for training. However, until this year, they were unable to meet for group classes due to the risk of COVID-19.

“A lot of people didn’t get their dogs into classes, and they’re seeing the results of that,” Byrnes says. “Then we opened back up, and the floodgates opened. We’re still playing catch-up.”

Last year, pets were being adopted in Spokane County at a faster rate than they were arriving at shelters. Data from Shelter Animals Count, which tracks adoption data from nearly 2,600 animal shelters and rescue organizations, shows Spokane County adoptions fell 47.6% through July 31, 2020, while animal intakes fell by 61.7% compared with the year-earlier period.

Travis Byrnes, certified professional dog trainer at Diamonds in the Ruff and son of Carol Byrnes, says that as a result of the lack of group classes, demand for individual training escalated significantly in 2020.

“Even with being completely shut down for two months, I still ended up doing about 10% more business over the course of the year,” he says.

High demand for one-on-one training has continued throughout this year, he says.

“I’ve been busier this last year than ever before,” he says. “People can’t get into classes, and they need help, or they’re not comfortable coming to a group class. But we can mask up, hang out in their yard, and do all the stuff we need to do.”

“But behavioral consultation is not my primary job—I work at a veterinary clinic during the day, and at this point I’m even considering dropping hours at the clinic so that I can accommodate more training clients,” Sinton says. “This is by far my busiest year, and I’ve been training for more than 10 years.”

Travis Byrnes says adjusting to a higher client load and high volume of inquiries from prospective clients has been a challenge. The wait time for a one-on-one training appointment with him has doubled, he says.

“I had to completely rebalance everything because the demand was so much higher,” he says.

Lisa Lucas is owner of Northern Tails Dog Training, which is based in the Clayton area north of Deer Park and has a second location at 10021 E. Knox, in Spokane Valley. Lucas says that in her 15 years in the industry, she hasn’t dealt with the volume of calls and emails she now receives on a daily basis.

“A lot of the phone numbers on my caller ID are area codes that aren’t from this area,” Lucas says.

A silver lining of the high demand, Lucas says, is that she can afford to be more selective about her clients.

“It’s lovely, because I end up working with the people who are the best fit for me,” Lucas says. “We have the same philosophy and approach. I find the outcomes to be better, and the whole interaction that I have with the people is more satisfying.”

Davies says owners who have been working from home also have been more likely to recognize and seek training for behavioral issues.

“A lot of people are spending extra time with their dogs and realizing that their dogs are wreaking a little havoc and causing some mess,” Davies says.

“If the dog barks at the mailman when I’m at the office, it doesn’t really matter,” he says. “But if I’m trying to do a Zoom meeting for work and my dog is barking at everything out the window, suddenly it’s an issue.”

A benefit of more clients working from home is that many of them have more flexible schedules, he says.

“Clients are much more flexible in their hours to meet for private lessons,” he says. “Before, it was the retired people or people with really weird schedules who could meet during the middle of the day.”

Carol Byrnes says some dogs have had trouble adjusting as their owners return to the workplace following months of working from home.

“Any time something goes from one state of expectation to another state of expectation, there’s a certain amount of stress over why things are different,” she says. “Dogs who are prone to being insecure and needing constant support all of a sudden are at a loss at home alone with all the noises outside and nobody there.”

Davies says if state mandates related to COVID-19 precautions which disallow larger group classes return, there’s no telling whether or when demand for behavioral training could slow.