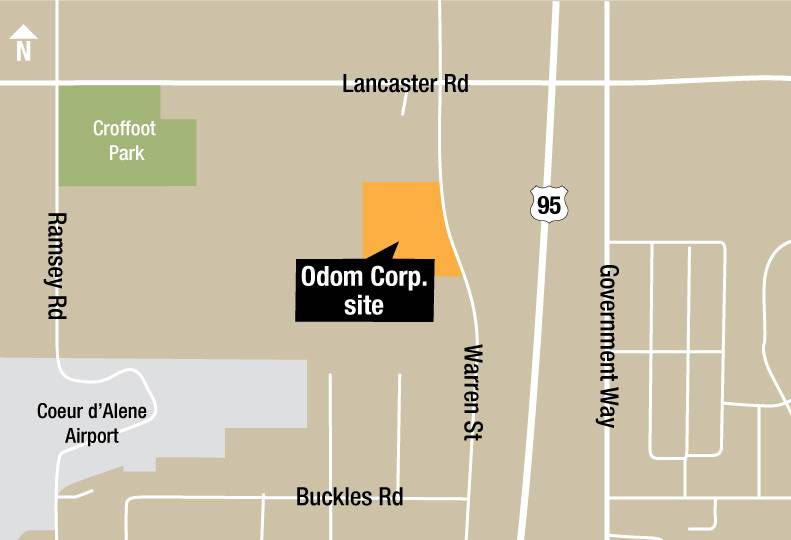 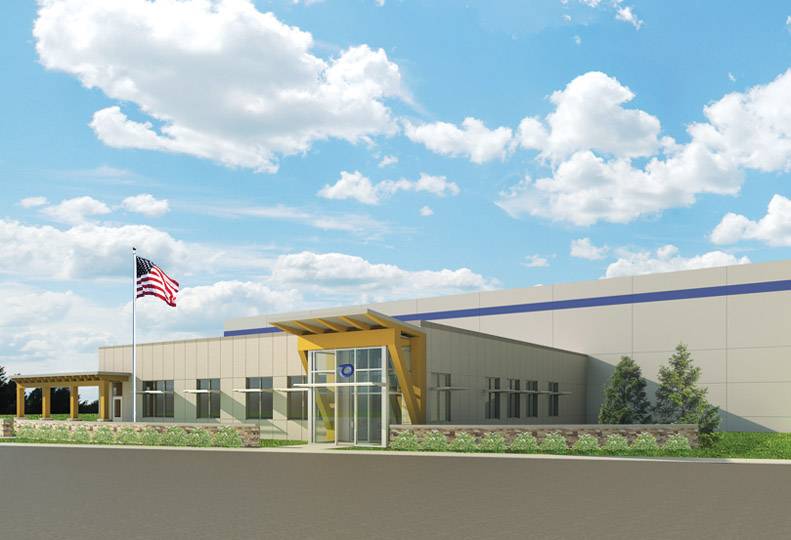 -—Design Group Facilities Solutions Inc.
The Odom Corp. expects to move its North Idaho operations in the spring to a new distribution center, illustrated here. Odom’s North Idaho facility currently is in Coeur d’Alene. Earlier this year, an Odom manager said about 100 company employees were based out of Coeur d’Alene.

Dexter declines to disclose the dollar value of the facility. However, the building permit application on file with the city of Hayden lists the construction value at $9.2 million.

The new distribution center will be located at 12281 N. Warren, in northeast Hayden. The project site is on a 15-acre parcel of land that Odom real estate affiliate Odex North Idaho LLC acquired. It’s just northeast of the Coeur d’Alene Airport, on the west side of Warren Street, which is west of and mostly parallel to U.S. 95.

Dexter says the project is scheduled to be completed next spring.

“The foundation is poured, and we think it will take about seven months to build,” he says.

“Our Idaho business is growing,” Dexter says. “The Coeur d’Alene space is at capacity, and there aren’t enough dock doors there for what our needs are.”

The Hayden center’s design will be similar in some respects to that of the company’s new West Plains facility, which opened last year, he says.

“It will be a tilt-up concrete building with attached offices on the front side,” Dexter says of the Hayden project. “Some large timbers will enhance the entrance and the design will have that Northwest feel to it.”

Dexter says the new Hayden center isn’t expected to result in a net increase in employees, although he declines to say how many employees it will have.

Earlier this year, an Odom manager said about 100 company employees were based out of Coeur d’Alene.

At the time, the company also had 400 employees working in the Eastern Washington area served by its West Plains facility, including 150 who were based at that distribution center.

Concord, N.H.-based Design Group Facilities Solutions Inc. is the general contractor on the Hayden project, which the company also designed.

Ruen-Yeager & Associates Inc., of Coeur d’Alene, is the civil engineer, and the Spokane office of Seattle-based DCI Engineers Inc. is the structural engineer.

Odom used the city of Hayden’s new same-day permitting process to get the project started, city records show.  Odom submitted its building permit application on Sept. 30 and received site-plan and footings and foundation approval that day.

The project site is within Hayden’s designated industrial investment area, and is eligible for tax increment financing that would reimburse the developer over time for about $400,000 in public sewer infrastructure expenditures, city records show.

Companywide, Odom has 1,900 employees based at facilities in Washington, Idaho, Oregon, and Alaska. The company was founded in Alaska in 1934.