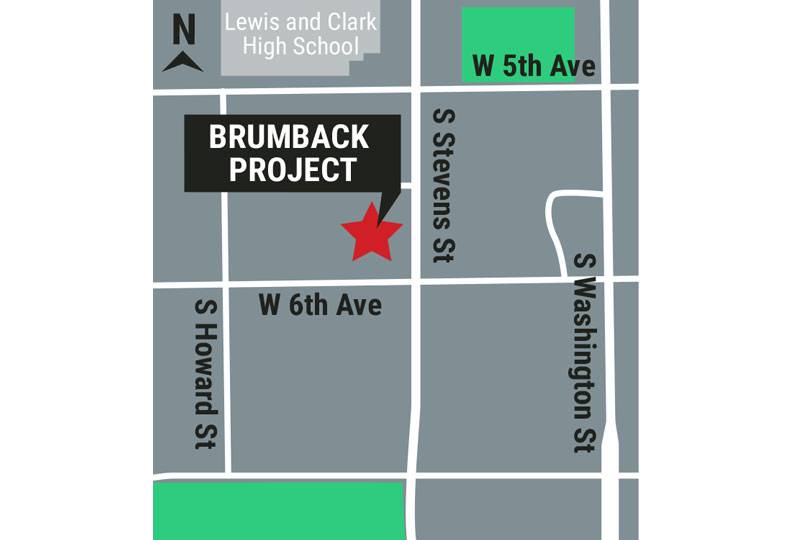 Brumback Real Estate & Construction has started renovations on the 55,000-square-foot building known as QualMed Plaza, at 508 W. Sixth, where the company plans to convert the medical office space and attached parking garage into a 171-unit, mixed-use building, says Nick Brumback, vice president of the company.

The 10-story structure will be converted into a mix of mainly studio and one-bedroom units, though there will be a few two-bedroom, two-bathroom units, Brumback says, for a total of 117 units. The ground level will remain commercial space, some of which currently is occupied by a pharmacy and a hair salon. A coffee shop also is planned on the ground floor, he adds.

The total construction value of the project is $16 million, he says. Washington Trust Bank is financing the project.

Brumback says the shuttered 43,000-square-foot, 14-story parking garage attached to the west side of the medical office building also will be converted into housing.

Every other floor of the parking structure will be removed, and 54 two-level, loft-style apartment units will be constructed in the structure, he says. The lofts will be between 535 square feet for studio units and 700 to 875 square feet for one-bedroom units, and the second level of each loft, which is roughly 185 square feet, will be accessed via a spiral staircase, he adds.

Plans also include a penthouse level and rooftop patio and lounge, says Brumback.

“We’re finding in Spokane there’s demand for this high-rise-style unit,” he says. “It’s a lifestyle apartment that we think the Spokane metro is ready for.”

Construction on the site has started, he adds. The project is slated to be completed in summer 2022.

The plan is to open apartments for rent as floors are completed, says Brumback. The first apartments are expected to be available within six to eight months, he adds.

Brumback Construction is the developer and contractor on the project, and Steven A. Meek Architects, of Spokane, designed it. The Spokane office of KPFF Consulting Engineers; Seattle-based A3 Acoustics LLP; Kartchner Engineering PLLC, of Spokane; Budinger & Associates Inc., of Spokane Valley; and Simpson Engineers Inc., also of Spokane Valley, provided engineering services.